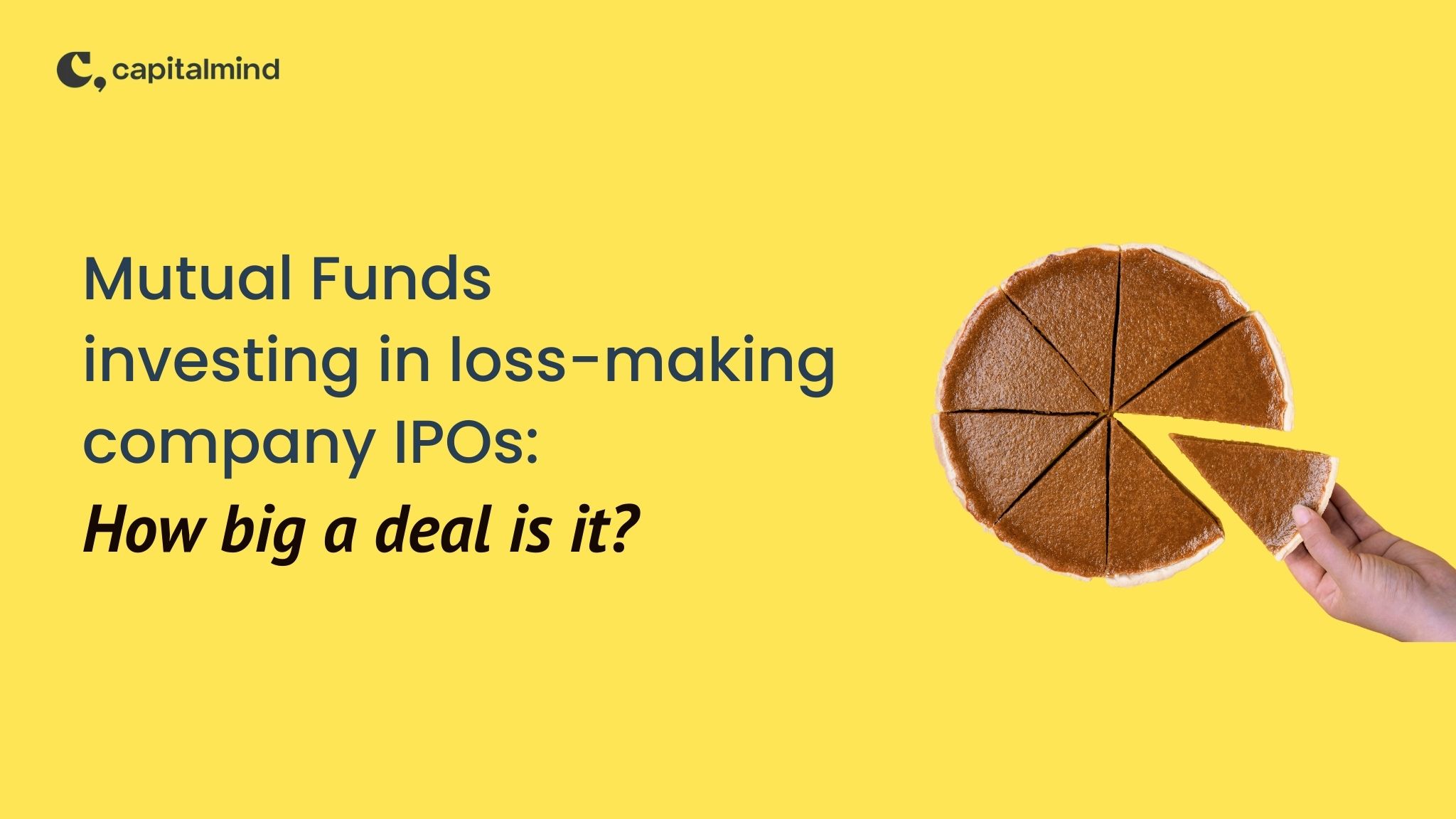 Mutual fund houses have been drawing a lot of bad press lately for investment and governance issues. On the first aspect, apart from the criticism of funds not being able to beat benchmark returns, there are also questions raised on their investments in the IPOs (initial public offers) of new-age internet-based companies such as Paytm (One97 Communications), Zomato, CarTrade and PB Fintech. These stocks, which had their IPOs over the past 6-10 months, have fallen 18-72% below their issue prices.

And since mutual funds participated in large numbers in these IPOs, investors seem upset as these schemes had to face value erosion because of such investments in loss-making entities (in hindsight, of course).

While one can make a case for or against investing in these new-age companies, it is not true that mutual funds sunk large sums in these IPOs, at least going by the holdings of mutual funds vis-à-vis their overall portfolio sizes. Often the exposure is less than 1% of the scheme AUM and there, too, schemes have not been too slow in exiting or paring their holdings, sometimes even profitably.

Here is a look at how only minimal sums of money – as a proportion of funds’ assets under management (AUM) – were invested in these offers.

In the five IPOs that have raised eyebrows specifically – Paytm, Zomato, PB Fintech, Nykaa (FSN E-Commerce Ventures) and CarTrade, mutual funds collectively invested for a stake of between 0.8% and 4.64% in these companies. Paytm’s IPO offer subscription by mutual funds was the lowest.

And these investments were spread across 4-25 fund houses and further divided among individual schemes. Even seemingly large sums of ₹100-200 crore are pretty low in relation to the overall AUM of individual schemes. What is Rs 180 crore for a fund with over ₹ 30,000 crore assets? Not that significant.

Thus, the exposure has been diffused, except perhaps a few sector or theme funds (we’ll highlight that too in a bit), and are not to be blamed entirely for hurting fund returns.

Over the past 6-9 months, the number of fund houses holding these stocks has reduced, though stakes are up marginally in some cases. Some would have bought after the IPO and perhaps even at lower levels.

Interestingly, three of the five stocks mentioned – Zomato, PB Fintech and Nykaa – made solid listing gains over the issue price. Paytm, of course, fell steeply after listing, as did CarTrade.

And in the case of Nykaa, the stock price is still 23% above the issue price. And Zomato’s stock price closed below its issue price only in April this year after listing in July 2021.

Schemes that did invest in the anchor book of these IPOs parked relatively tiny portions and not gigantic sums in relation to their AUM.

Another thing to note is the funds haven’t held on to the stocks as they fell. They have actively reduced exposure or even exited stakes in most of these stocks.

Some non-anchor funds may have bought into these shares at a lower level much after listing. But in almost all cases, the original anchor book investors have trimmed or exited these stocks, as will become clear from the following tables.

Let’s get to specific cases and individual schemes.

In the case of Zomato, some of the original investors in the IPO – SBI Equity Hybrid, Axis BlueChip, and Canara Robeco Emerging Equities – have entirely exited the stock from holding about 0.5-1% of their AUM in the share. And the good thing is that these funds started trimming holdings from November itself, which meant that they would still have exited at a reasonable profit.

Edelweiss Recently Listed IPO invested as much as 4.65% of its fund corpus in the Zomato IPO. It has more than halved its allocation currently. But the fund has been trimming exposure since October after the anchor book lock-in of two months ended.

In the case of CarTrade, the IPO was in August, and Mirae Asset Large Cap exited the stock in October-November, while Invesco India Midcap did so in December, thus reducing the chances of severe losses.

PB Fintech had a 17% listing premium, and it went up to Rs 1448 before crashing to current levels in the market carnage over the past few months.  While ICICI Prudential Technology and Nippon India Banking & Financial Services funds exited the stock in December-January, Kotak Tax Saver and DSP Tax Saver are still stuck with it. However, the size of their exposure is tiny, with the fall in prices further reducing it.

In Nykaa’s case (IPO in November 2021), we had two relatively small-sized funds investing a large proportion of their AUM in its IPO. While ICICI Prudential Retirement Pure Equity saw its initial IPO stake rise from 8.26% to 16.19% of its AUM, it exited the stock (with hefty gains in all probability) in December 2021. A few others have stayed on. But they would still be in profits compared to the issue price.

It is only in Paytm’s case that, barring one fund, all others are still holding on to the stock – Mirae’s Focused and Large Cap funds even raised stakes briefly. Only four fund houses invested. One – Baroda BNP Paribas – exited immediately after the anchor lock-in period. But in all cases, the exposures are tiny and often less than a per cent. It could also be a function of the steep fall in the stock’s prices that fund stakes as a percentage of AUM  declined.

Most new-age companies that have come up in recent years have hinged on internet-based commerce. They have tended to come at exorbitant valuations. Most of these are loss-making and are likely to continue for the foreseeable future.

Mutual funds may have considered these lucrative opportunities as these are relatively new segments, and there are no listed peers.

While the investments in the IPOs of the companies mentioned above may seem like bad decisions in hindsight, there is no serious case for saying that mutual funds have been irresponsible or have gone completely overboard in buying these stocks.

Sure, you can question the logic of buying, but the exposures typically are minuscule to cause severe damage to the portfolio. When a stock that is only 1% or less of your portfolio falls 50%, does it significantly affect your overall returns? Read Common-sense position-sizing for investors.

While internet outrage makes for good social media traction, whether or not a fund invested in an internet IPO that then tanked is not a helpful criterion to judge the fund or the AMC.