In this week’s edition

MFI’s are in the news for all wrong reasons. While most of them are facing issues from the outside, Spandana Sphoorty is battling from the inside. There was a boardroom battle between Kedaara Capital (the PE promoter) & Padmaja Reddy (Founder & MD). Let’s have a look at it.

In 1997, Spandana Sphoorty was founded by Mrs. Padmaja Reddy based out of Hyderabad. She owns 16.7% of the company. Kedaara Capital came onboard in 2017 and bought a 45.5% stake in the company.

To sell or not to sell

Post pandemic, which resulted in stress in their books, Kedaara Capital had proposed to sell Spandana to Axis Bank at a valuation of 1.6x book value. This proposal didn’t go well with the MD. She was looking for a much higher valuation of 4.5x. During the same time, a series of high-profile resignations in the company.

In Oct CFO & CSO have submitted their resignations. The final nail in the coffin came when Padamaja Reddy was asked to leave by the board on 2nd Nov. 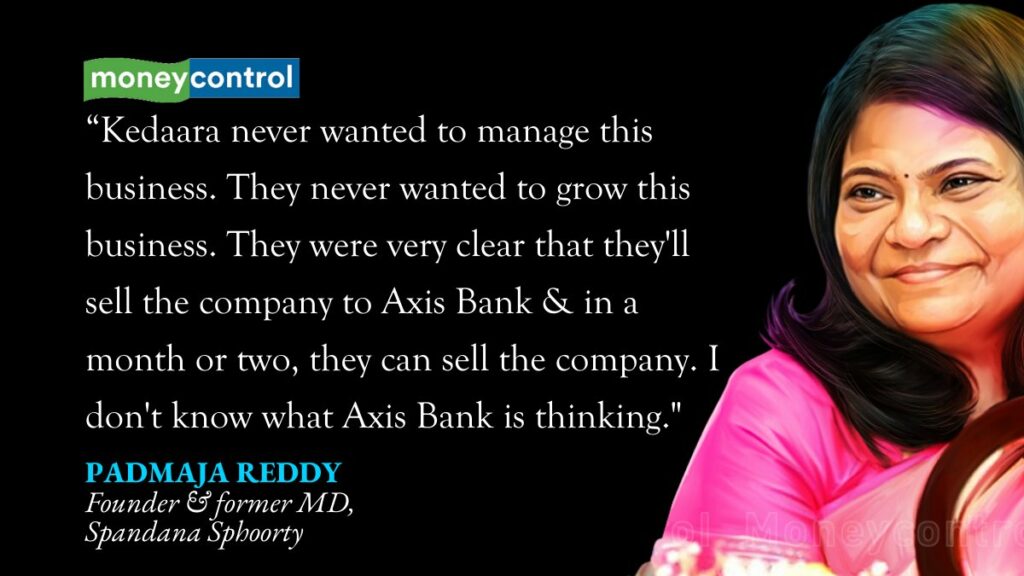 And it didn’t end there.

Parallelly, another MFI was facing issues with the management – Bharat Financials. We covered it here.

So, Spandana had released a press note on Nov 22nd, stating the appointment of Mr. Shalabh Saxena as the MD and CEO and Ashish Damani as the Chief Financial Officer.

The twist comes a day later. IndusInd bank said – hold on. Both of them are still employed at BFIL (100% subsidiary of IndusInd bank). And they haven’t tendered their resignation yet.

Finally, on Nov 22nd, Spandana appointed Mr. Nitin Prakash Agrawal as the Interim CEO and Mr. Amit Mittal as the interim CFO. The search is for stable management is still on. 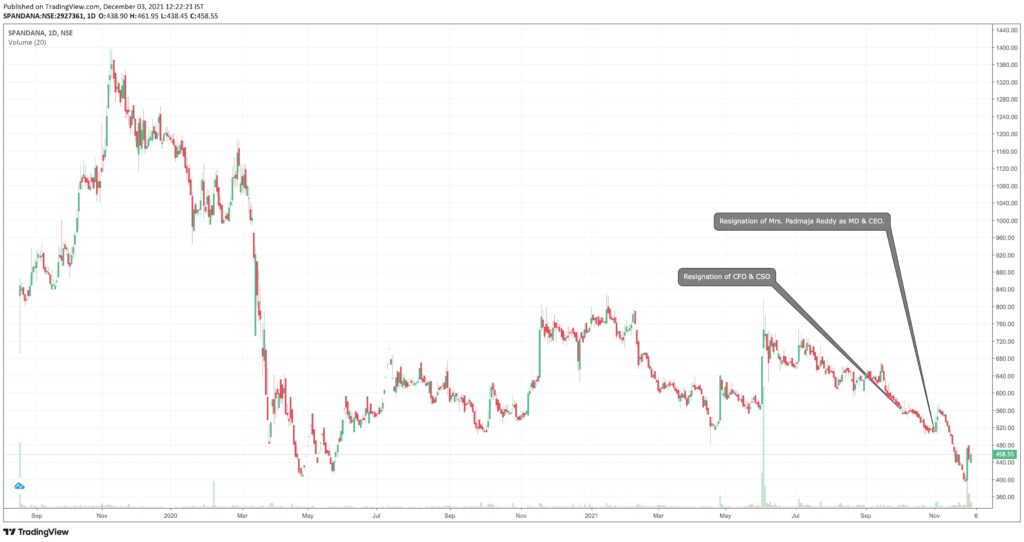 First IPO to be undersubscribed since August 2019.

On its last day, the IPO was subscribed only close to 80%. QIB’s and retail investors fully subscribed to their portion, however, HNIs and employee portion were undersubscribed. Among institutional investors, nearly 90% of the bids came from foreign investors, while domestic institutions, mainly insurance companies, applied for the remaining.

Despite under subscription, the company will still list on the exchanges, just the IPO size will be reduced. In this case, the company is reducing the OFS portion.

Even we suggested avoiding this IPO.

Five reasons why we think the IPO might have been undersubscribed:-

This under-subscribed IPO does not mean that the primary market has run out of steam. There are still a lot of companies lined up to raise funds, and also other IPOs are still getting heavily subscribed.

Crypto’s Commingling Scandal: Your transactions are NOT on blockchain!🤑

Crypto assets, you are told, are so cool because everything is on the blockchain. So you can’t lose your money because hey, it’s right there, on the blockchain and you have a private key to your wallet, so you’re safe. But that’s not true. It’s Karvy all over again, in the form of exchanges like WazirX, CoinDCX, etc. Yes, indeed, those very ads that say “kuch to badlega” is actually more like “kuch nahi badlega” in terms of risk.

Your transactions on the crypto exchanges are not on the blockchain. You need to have solid trust on the exchange.

Why is this a problem? Because of the commingling problem. Remember Karvy? That was where all their brokerage customers would have their shares in a common pool, and good old Karvy then knew which customer had how much. They determined that, instead of the stocks being in your own demat account. And then, they quietly borrowed money against that “pool”. And eventually blew up because SEBI figured this out. Comingling is a no-no now, with every transaction supposed to be settled from your own account.

Think of an exchange, and let’s call it BazaarX. BazaarX tells you this: you can buy bitcoin. You buy it. You think you own it, but there’s no record of that bitcoin anywhere because it’s not on the blockchain as yours. It could well be bitcoin that BazaarX invented on its own. You’ll only know if the bitcoin is real if you withdraw your coin to your personal wallet. If enough people do that, then BazaarX should have enough coin to allow all those withdrawals – usually, they don’t. And you only find out after such “mass” withdrawals.

The best way to handle this is to move your coin outside the exchange, into your personal wallet. When you need to trade, move it back in. Centralized Exchanges (CExes in short) have massive commingling issues. The Indian crypto-regulation bill will, hopefully, address this.

Putting together the best conversations from our slack community

In this section, we bring you curated articles from across the internet that we found interesting. Today’s links are curated exclusively from our slack community:

That’s all folks. Have a great weekend!

Have you explored Capitalmind Premium yet? ⭐️

In this week’s edition 2 TLDR posts – where we quickly simplify the “too long” arduous stories that you “didn’t read” ...