In this week’s edition

The funds raised were the highest as several Indian technology startups – many still burning cash but promising rapid growth – have made an unprecedented beeline for the equity markets starting this summer.

The boom was fuelled by a tsunami of cash unleashed by central banks, the rise of individual investors, eagerness to buy a piece of their favorite companies, and big bang listings.

Now in 2021, the funds raised are the highest ever, so does that mark a market top?” 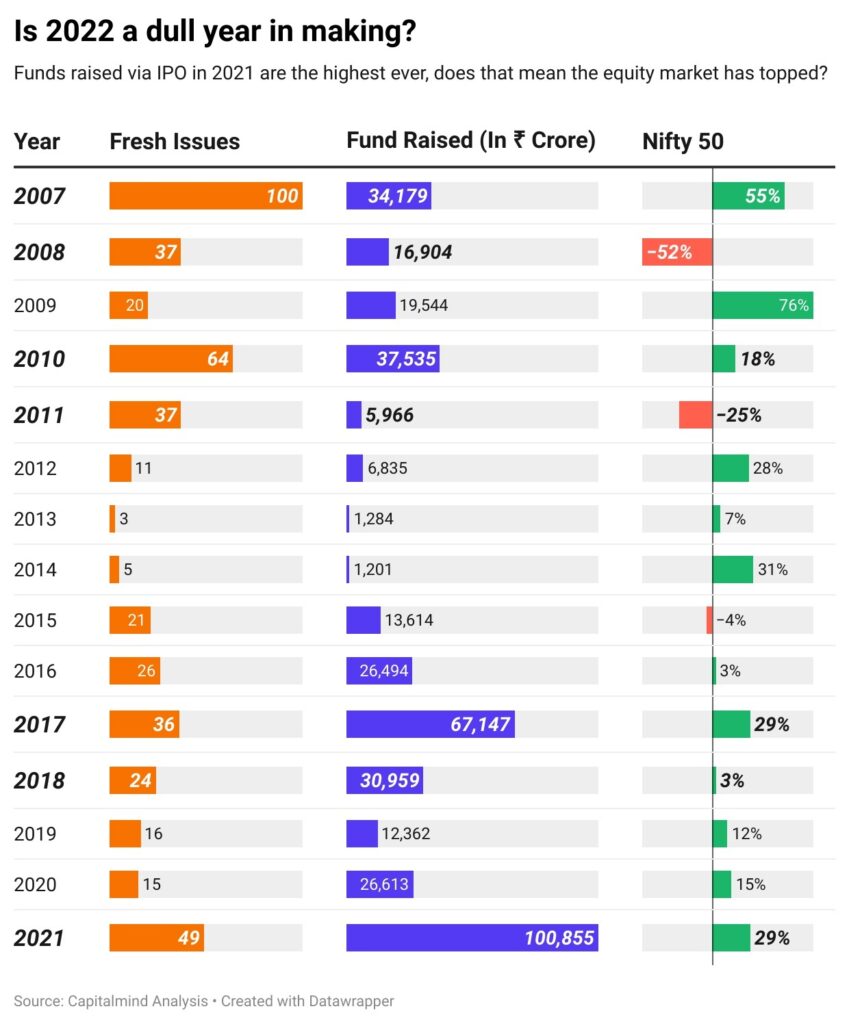 There’s this little and very long letter written by Future Retail’s shareholders (read link) about uhm, how the situation at Amazon was actually illegal from the first time. Before we go there, here’s the detail of this sordid drama so far:

Future Retail is a listed company. Future coupons (where Amazon has 49%) have a tiny stake in it. How can Amazon claim that Future retail can’t sell its assets? This question is being asked in courts. But let’s just say Reliance Retail is effectively rescuing lenders of Future Retail, who are owed some 30,000 cr., via this deal. Also, read Future Group’s future with or without Reliance.

The latest in the saga is: The independent directors of the listed Future Retail have woken up from a two-year slumber, to say that oh wait, we didn’t know that Future Coupons had such control over Future Retail, and Amazon simply bullied its way into the company without having any real ownership. And because of that, to ask the Competition Commission of India (CCI) to cancel the approval for the Amazon investment in Future Coupons.

They seem to have grown a spine now largely because they have to take a stand, otherwise Future Retail stands to go bankrupt. Already the Singapore courts are siding with Amazon for the most part, but Indian courts will have a higher jurisdiction. The battle in courts however will last a long time. However, it’s obvious that:

Putting together the best conversations from our slack community

In this section, we bring you curated articles from across the internet that we found interesting. Today’s links are curated exclusively from our slack community:

That’s all folks. Have a great weekend!

Have you explored Capitalmind Premium yet? ⭐️