Have you experienced being 100% unquestioningly sure about something, only to later have doubts?

Cricket followers: Take a look at the image and answer the question 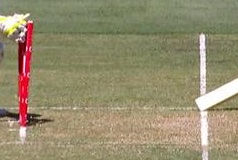 Is the batsman in or out?

Out? Because the stumps’ position suggests, the bails have dislodged a tenth of a second before this frame?

Surely Not Out? Because there’s a sliver of bat grounded beyond the line?

Probably Not Out? Because the batsman gets the benefit of doubt?

Now, take a look at this image and answer the same question 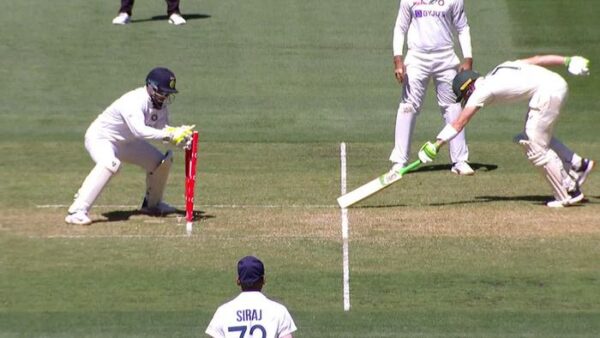 It’s the same image, with no additional information relevant to the question. Just that you now know the teams involved. The die-hard test fans know the specific game this happened.

I watched this game live. I’ll be honest; for me, in the heat of the moment, the batsman was run out. Obviously *bleep*ing out.

I was not the exception that day 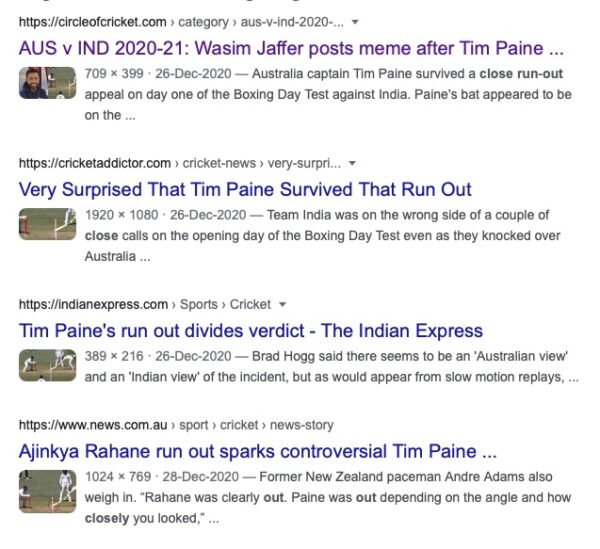 You could still argue it was out. But you cannot say that it was “of course water is wet” obvious.

What explains the burning conviction I and so many others felt that day?

When the question involves our identity, we see what we want to see in the answer.

No wonder issues of politics and religion get intelligent and perfectly likeable people ranting and raving at each other like indecipherable halfwits.

The closer something is to the core of our identity, the more potential it has to distort how we see the world.

All that should matter is to what extent your style helps achieve that objective.

Why do investors try so hard to convince others of the superiority of their chosen investment method? Even at the expense of saying other methods are plain wrong?

Because their investment method has become part of their identity.

Some investors avoid the big but potentially noisy picture of interest rates and look for mispriced securities, specifically in out-of-favour sectors.

Some investors buy baskets of stocks identified based on quantitative factors like momentum, quality, volatility, etc.

Some rely on short-term technical patterns to move in and out of trades, lasting a few days or weeks at best.

And some minimise the time on investment decisions by allocating to index funds.

Over time, most investors see success. Because asset prices invariably inflate over the long term. Over shorter time frames, every investment style has its year.

From investing a certain way, they become those investors. Macro investors, contrarian investors, quality investors, quantitative investors, trend-followers, swing traders, and the list goes on. Identifiers that come to describe them as individuals.

A critique of an investment style feels like a personal attack. And so, intelligent people work doubly hard to bolster their argument, to themselves and then to the world.

But if it is part of our identity, we’re pretty likely compromised in our ability to be objective about it. If we can’t objectively view a decision in a game that has no impact on our lives, chances are we’re missing a lot more.

Like Paul Graham says in his essay from where the title of this article is borrowed:

“If people can’t think clearly about anything that has become part of their identity, then all other things being equal, the best plan is to let as few things into your identity as possible.”

How do you prevent your chosen investment style from becoming part of your identity?

Instead of thinking of our chosen investment style as a fortress to be defended from attacks at all costs, maybe think of it as an idyllic picnic spot.

We happened to find one on a stroll, put down our blanket, and enjoyed a leisurely lunch.

We will be ready to move on because we know we can return. But for the duration we’re there, we probably need not be sending up flares announcing its location to the world.

Professional money managers take on labels out of the necessity to distinguish themselves in a crowded marketplace. The most successful ones though only use the label for marketing but stay agile to other opportunities. The unsuccessful ones live and die by their label, convinced theirs is the only way.

Warren Buffett is supposed to have gone from a net-net cigar butt investor to buying “great companies at reasonable prices”. His actual list of investments shows a willingness to try many different investing schools of thought. Many worked fabulously well, some did not.

You can tell the difference between an asset manager who is only using an investment style as a marketing strategy versus one that believes theirs is the only way. The latter spends a lot of effort deriding other investment styles.

Retail investors have even less reason to let investment labels become part of their identity. This allows space to objectively evaluate others, incorporate improvements, reject what doesn’t work, and enjoy the process more. After all, who wouldn’t prefer to enjoy the journey as it winds its way to the intended destination?

This concluding line from Paul Graham’s essay: “Most people reading this will already be fairly tolerant. But there is a step beyond thinking of yourself as x but tolerating y: not even to consider yourself an x. The more labels you have for yourself, the dumber they make you.”