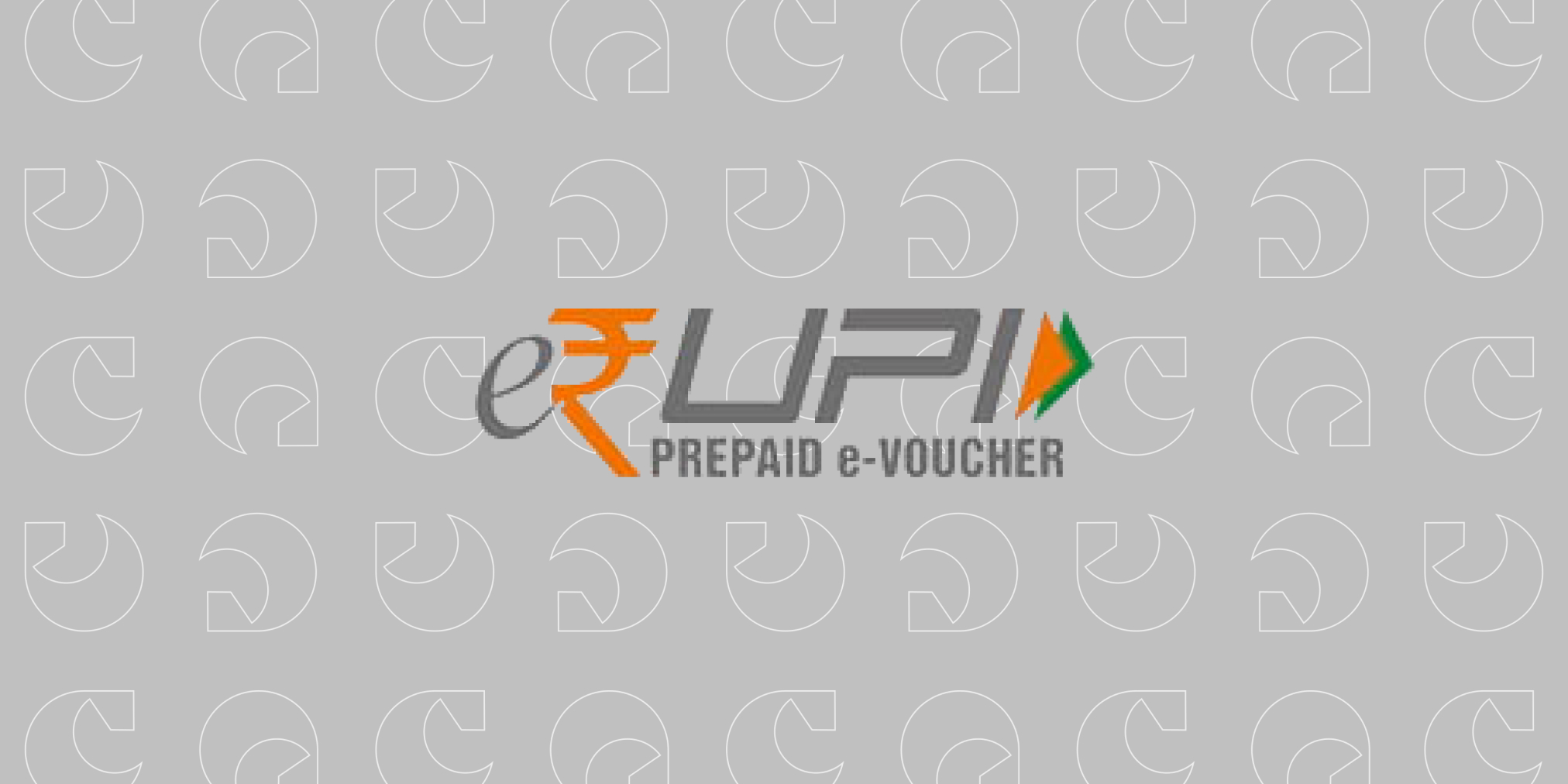 The NPCI has launched the e-RUPI, a new way of giving someone money for a specific purpose. E-RUPI is a

Wait, why is this even necessary, dude? That’s what I hear you think, mostly because I was thinking the same thing. So many questions. Why not pay someone cash instead? Or just transfer to their bank account by UPI? Or give them a prepaid card?

e-RUPI is different: It can ensure the money is spent exactly only on what it was given for. Get money for healthcare? Only spend it in a hospital. Get money for food? Pay only to a restaurant or a vegetable vendor, and so on.

Additionally, the payer can say this: use it within 6 months, or it’s no longer valid. For example, an e-RUPI for vaccination will last only 6 months to ensure it’s spend on the vaccination only, and within the time required.

Consider things like gas subsidies, or fertilizer subsidies. At first, the government asked the gas and fertilizer companies to sell at a low price and paid them the difference. That was terrible, because the companies would demand heavy subsidies, which was used by everyone they sold to. Using diesel generators at a high-end luxury apartment? You still get the lower cost diesel, even though the subsidy was supposed to only be for the poor. And the companies, knowing they would get paid anyhow, refused to get more efficient and to compete to lower prices.

So they changed that to Direct Benefit Transfer (DBT). Where the government identifies who is poor, and sends them money through their bank accounts, after they had bought say a cylinder of gas. This had multiple issues:

How do you avoid this? There has been one answer in the past: Food vouchers. Companies like Sodexo allow companies to buy food vouchers from them, and then they can only be used where food is sold (restaurants, large format shops etc). But there’s still the man-in-the-middle problem – such companies charge as much as 10% to issue the vouchers, and then may charge the merchants (shops etc) upto another 10% to pay them. This means very few companies actually use such food vouchers, and the acceptability is low at merchants (due to the cost).

Or, there’s a wallet, but the end-use of wallets are not controllable either. The issuer (such as the government) gets no visibility into how you spent the money.

E-RUPI is a better way for welfare payments

Think then, of a super-low-cost solution, which is what e-RUPI is. If the government wants to pay you

This solves many issues. For instance, there’s no need for a bank account, and for the poor to be harassed with forms, or worse, sold some horrible insurance policies by the bankers. Second, the voucher cannot be sold. Because at the time of use, an SMS OTP will be required. There’s no app needed, or internet access (but to be honest, the internet is nowadays more reliable than SMS). Also the money cannot be used for anything else; it’s only for the use case it’s provided.

No bank gets the money in between. If you’re a farmer who owes the bank some money in an unpaid loan, you can still get a voucher to use for a vaccination; the bank will not be able to steal the money in the middle.

Finally, there’s one more thing: the government can set an end-date. Use the voucher by a certain date, otherwise it becomes unavailable.

How does e-RUPI work?

So what really happens? Here’s what we think based on current information we have:

Basically I never see the money – it flows straight through from the government to the merchant. The merchant gets the money instantly as soon as I give them my OTP, and that’s been done because of the fantastic instant UPI network.

So can anyone else give e-RUPI vouchers?

Yes, apparently. Any corporate entity can issue e-RUPI vouchers to its employees or even partners. Say there’s an employee who may need a voucher to fill petrol/diesel in a car. The company can issue e-RUPI vouchers usable only at petrol pumps, for a month. When the voucher is used, the company gets notified where and when it was used. A company can then cross-verify where the voucher was used, etc. Hey, eventually, even individuals may be able to issue e-vouchers, to their house help for kids education, or such. These are future use cases – the current use case is for hospitals.

Think of this: The money remains blocked in your account until the voucher is used. So you can actually see when the expenditure is made, even if you issued the voucher long back. Corporates will benefit from this transparency. (Also, where’s it’s used and how much, etc.)

There are many use cases beyond welfare. Hospital bills, school fees, internet charges etc. may be paid through this route. Restricting usage and time are key features that may be usable across many sectors, but how customizable the system is will have to be checked.

Also, charity may also be targeted through e-RUPI. A distress call for money for a hospital payment could be answered with an e-RUPI voucher that you or I could create, usable at a hospital only.

Hey, you never know, you might even be able to pay for Capitalmind Premium with an e-RUPI soon!

What are the pitfalls?

For one, this relies on OTP etc. which can be a mess in an area with flaky connectivity. An underground shop, for example. This can be painful because the people that need the subsidy are tech-challenged.

If you lose your phone (which has the SMS/QR) and you haven’t stored the voucher anywhere, you lose access to the money. Remember you can’t convert it to cash. But the good part is that if you have the SIM card, maybe you can request a reissue of a voucher using an OTP? It’s not complicated technically – the SMS/QR just needs to be sent back to you. (We don’t know how this will work at the moment)

Some beneficiaries may try to sell the voucher for cash (to get around the rule of non-conversion) at a lower price. Expect that hospitals and merchants will be quizzed about such abuse at a later date.

It also can be a source of transferring black money, if not checked. A person can transfer money to someone else using an e-RUPI, and that person can use the money without having anything in his bank account. This is easily detectable of course, but anyone with a SIM card can have a lot of money sitting in vouchers but have nothing in their bank account. (This is the only relevant connection with crypto currency where such illegal things are common and expected)

Is this India’s Digital Currency?

Short answer: No. Long answer: Look at the short answer.

All currency is anyhow digital. e-RUPI is a form of cash usable for a certain purpose only, within a certain time. It’s like having a rupee note with the following inscription:

I promise to pay the bearer a sum of one hundred rupees*.  * Conditions apply: Only if you use it at a hospital within 6 months.

So it’s like a crippled form of cash. But at some level, so are bank accounts, for the poor. (Crippled because banks treat them really badly)

e-RUPI is useful in many other ways, and could be a game changer for both welfare benefits, and corporate uses going forward. Let’s see how this evolves!