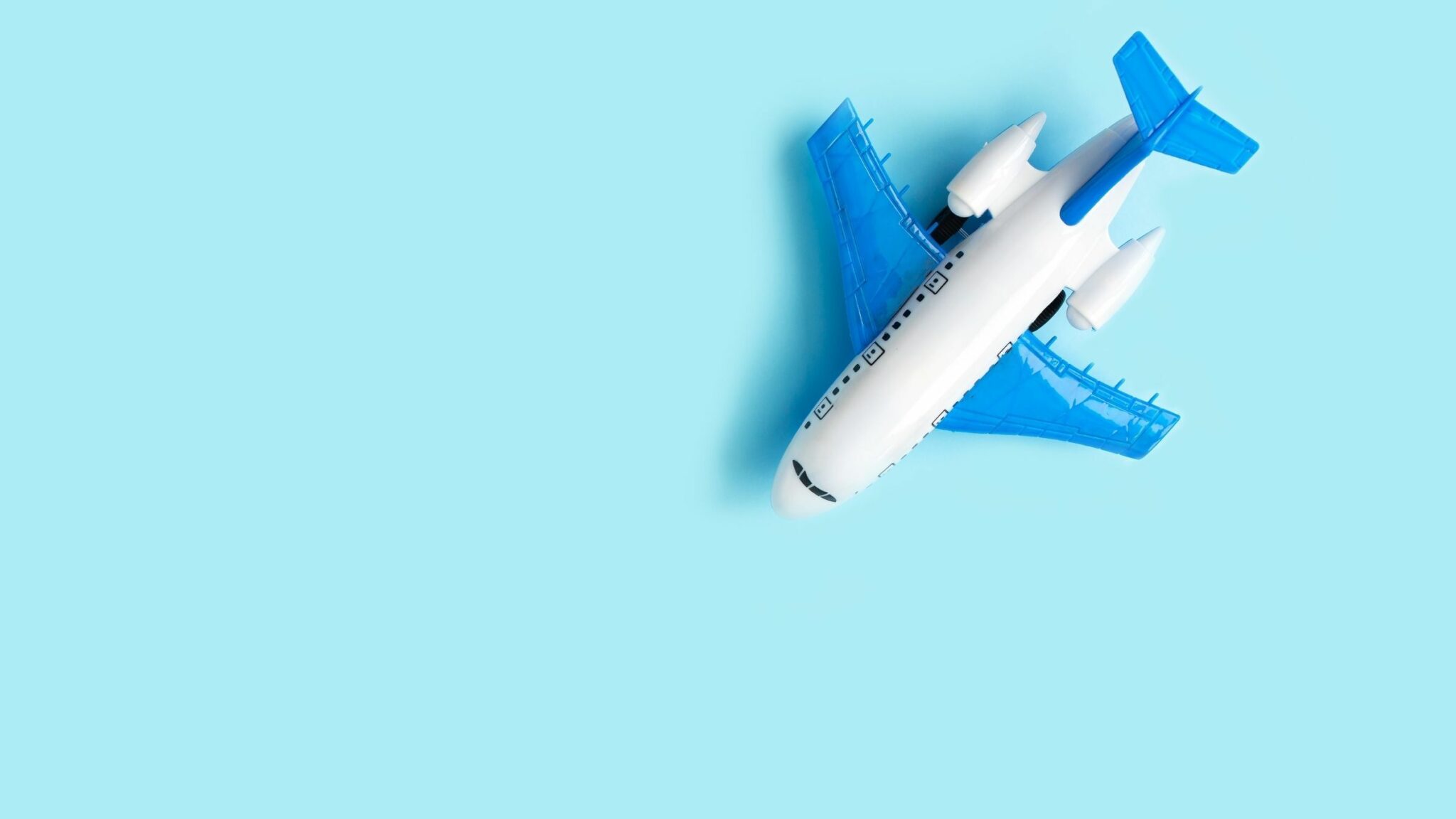 It has been over a year since the outbreak of novel coronavirus. The airline industry suffered losses to the tune of ₹ 19,000 crore. The industry has been through its worse, yet no casualty. In fact, the industry is set to welcome two new players – the second incarnation of Jet Airways and Rakesh Jhunjhunwala backed Akasa.

Even in better times (than the last year), the “king of good times” had fallen.

The road to profitability is still hazy.

So how did the industry survive and why earning profits is still some time away?

2021 did not start on a strong note for the Indian airline industry. As it was about to recover from the first wave of Covid-19, it was hit by the second wave. However, the impact was short-lived. Within few months, the air traffic grew multi-fold on the back of a lower number of cases and vaccination drives. Along with this, the crude prices also fell by nearly $10 per barrel from their peak of $77 per barrel.

Though the situation seems to be improving for Indian airlines, uncertainty regarding full-fledged recovery continues.

The airline industry has witnessed many casualties in past. Surprisingly, in the last year, despite very difficult conditions, none of the Indian airlines shut shop.

Firstly, to save costs, airlines not only reduced salaries but also reduced their workforce. This provided them with some breathing room. Along with this, they acquired funds from the banks under the Emergency Credit Line Guarantee scheme by the government.

Airlines not only re-negotiated their existing contracts with vendors and lessors but also deferred payments. This helped them to manage their cash flow.

Airlines like Vistara, AirAsia, and GoFirst also raised funds from their promoters to survive. GoFirst has also filed for an IPO of ₹ 3,600 crore. IndiGo, on the other hand, has so far not raised funds but is considering a QIP of ₹ 3,000 crore. In the last year, it has replaced its older aircraft which reduced its costs, and also did sale and leaseback of its owned planes.

For SpiceJet, funds received from Boeing as compensation for the grounding of 737Max aircraft have also helped them tide over the cash shortages. Along with this, the company has also planned for a QIP of ₹ 2,500 crore and is also looking to unlock the value of its cargo and logistics business. Currently, it is in process of transferring the business to a subsidiary at a valuation of ₹ 2,560 crore.

Along with these factors, the Government of India’s move to cap airfares also aided the airlines. While announcing a resumption of scheduled domestic flights in May last year, the Aviation Ministry had placed limits on airfares through seven bands classified on the basis of flight duration.

This was done to ensure profitable operations at a variable cost level for all low-cost carriers. It also ensured an operational parity between larger and smaller airlines. If this wouldn’t have been in place, then smaller airlines would have possibly succumbed to price wars. 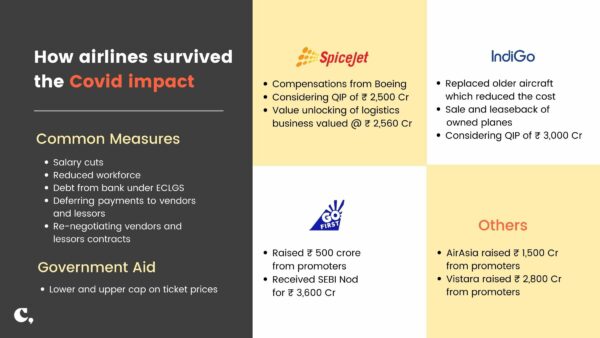 Since flights resumed operations in May 2020, the air traffic in India was rising. It peaked in the month of February 2021 with an average passenger load factor of 67%. The average daily passenger traffic in February stood at 2,76,175.  However, due to the second wave, the air traffic dropped to 50,000 in mid-May 2021.

This time, the recovery was much faster. In two and half months, the air traffic rose over four times.

In August 2021, on average 1,859 flights flew daily which carried 2.14 lakh passengers. This, compared to 3,000 daily flights with on an average 4.2 lakh daily passengers, pre-covid. Full recovery is still some time away.

According to various media reports, the Delta variant is contributing to a rapid rise in Covid-19 cases in parts of Asia causing a severe strain on health infrastructure. So, the Indian government might resume flights to selective international destinations, but demand could continue to remain very soft. While the industry was expecting a noticeable pick up in international demand during Q4FY22, fresh increases in Covid-19 cases across many countries could delay the recovery beyond expectations. Recently, the number of seats being offered by airline carriers in China dropped the most since early in the Covid-19 pandemic, as rising cases of the delta variant spurred fresh restrictions on movement.

Until we see international traffic coming back to pre-COVID-19 levels, the key question is:

How will airlines deploy capacity that was previously deployed in the international market?

Pre-covid, Indian airlines had deployed nearly two-fifth of their capacity on international routes. In March 2021 (peak post-covid), only one-fourth of this capacity was back on track, which dropped to 7% in May 2021. Industry structure is set to fragment and that could have a negative impact on the health of the industry. The competition in the Indian aviation sector is expected to increase as a new airline enters the skies early next year, while Jet Airways could also resume operations by early next year.

Billionaire Rakesh Jhunjhunwala backed Akasa Airline, which has already received NOC (No Objection Certificate) from the government, plans to start operations by the end of 2021. Jet Airways could resume its operations early next year. At the moment, Jet Airways representatives and staff associations have been discussing pending salaries and other issues. The company is also looking to hire new employees – pilots and crews.

What Do We Expect?

Air traffic would continue to rise especially with the upcoming festive season. However, we think there are bigger issues to worry about.

Though fuel prices have come off from highs, the foreign exchange rate (INR-USD) continues to remain unfavorable. For an airline, 70% of its cost is dollar-denominated. While signing contracts with aircraft leasing firms or aircraft maintenance firms, airlines generally have to agree to make payments in US dollars. Also, fuel expenses are dollar-denominated. As most of the airlines predominantly operate in the domestic market, a depreciating rupee increases the cost significantly.

Though demand is on a rise, so is the capacity. Not only there is a lot of spare capacity with the operational player, but new players are also planning to enter soon. This could be detrimental to the industry’s health in the short to medium term. And that means yield and profitability could remain under pressure.

Though spot fares have moved up recently, advance fares are at a significant discount. Given the lower two-month forward fares, air traffic could continue to rise in India. However, the same will not mean profitability for the airlines. 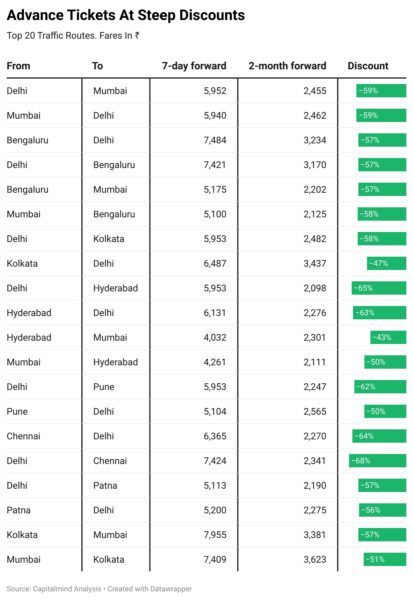 Though we expect demand to rise, it is based on the assumption that there won’t be a third wave of Covid-19. Government officials and health authorities have been warning of the possibility of a third wave. In event of the third Covid wave, profitability will be delayed further.

As such, profitable operation operations may remain elusive unless there is a sharp cut in supply (capacity), which is unlikely to happen anytime soon.

Recovering Air Traffic Still Not A Sign For Airlines To Cheer 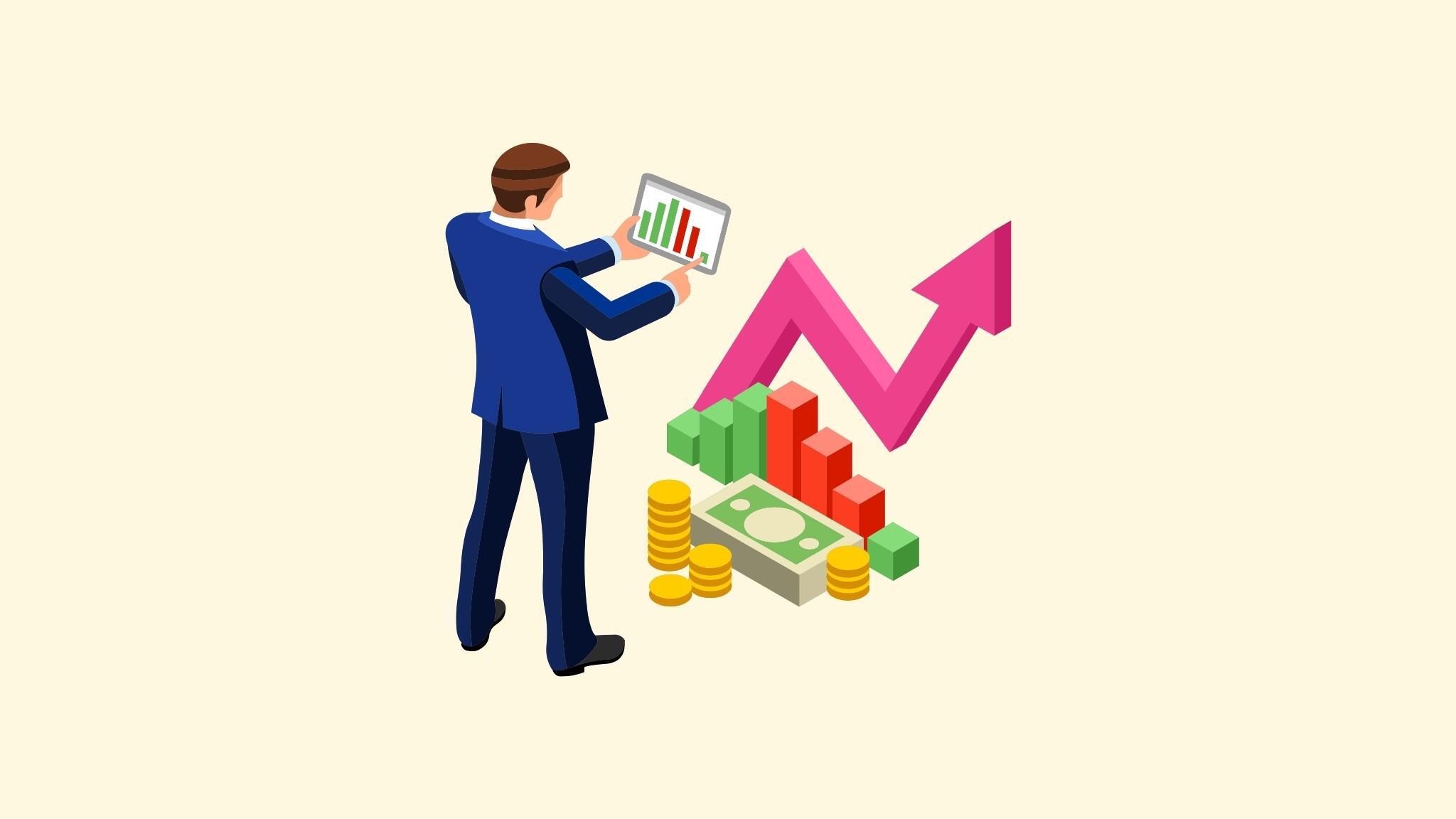 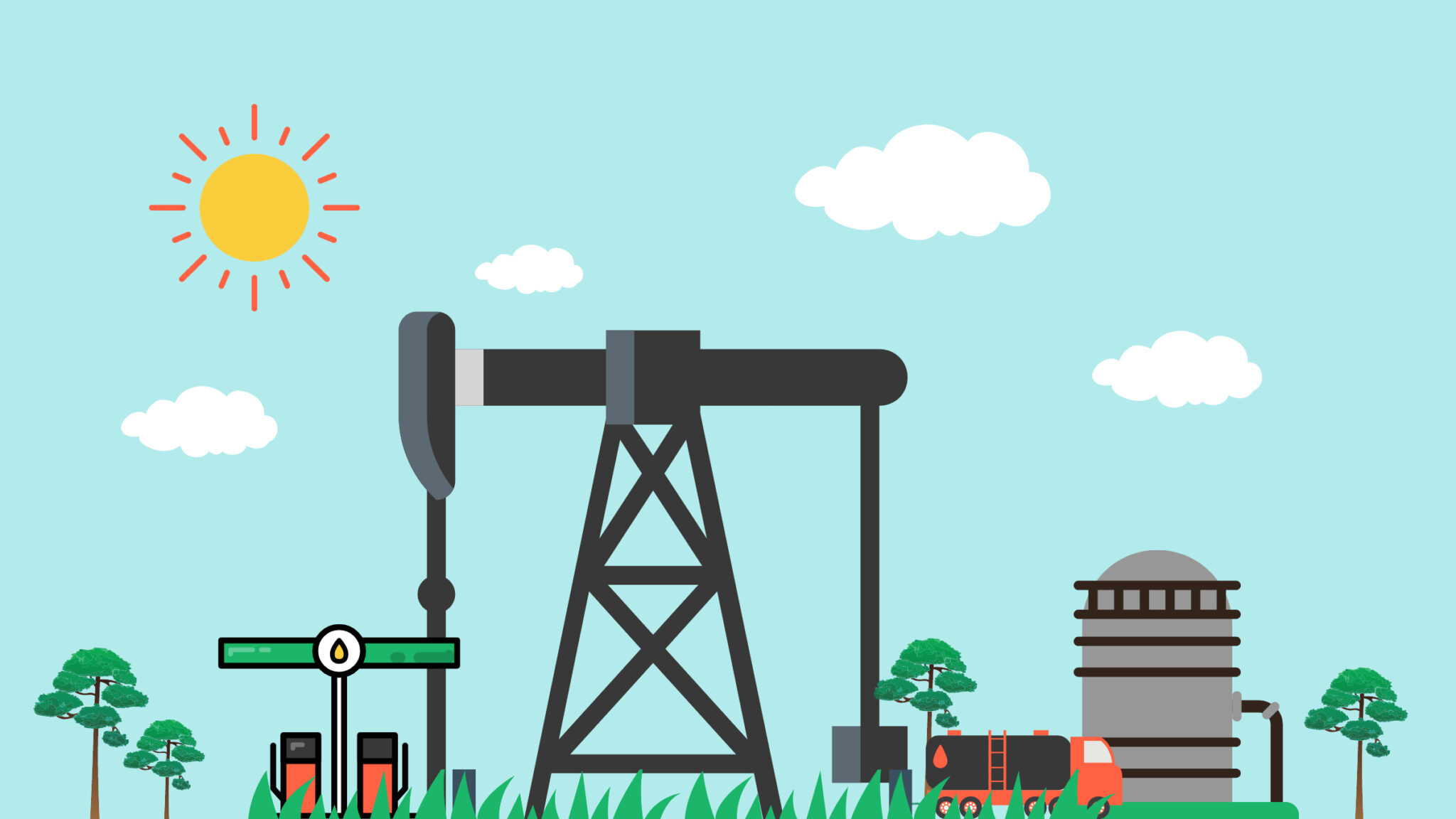