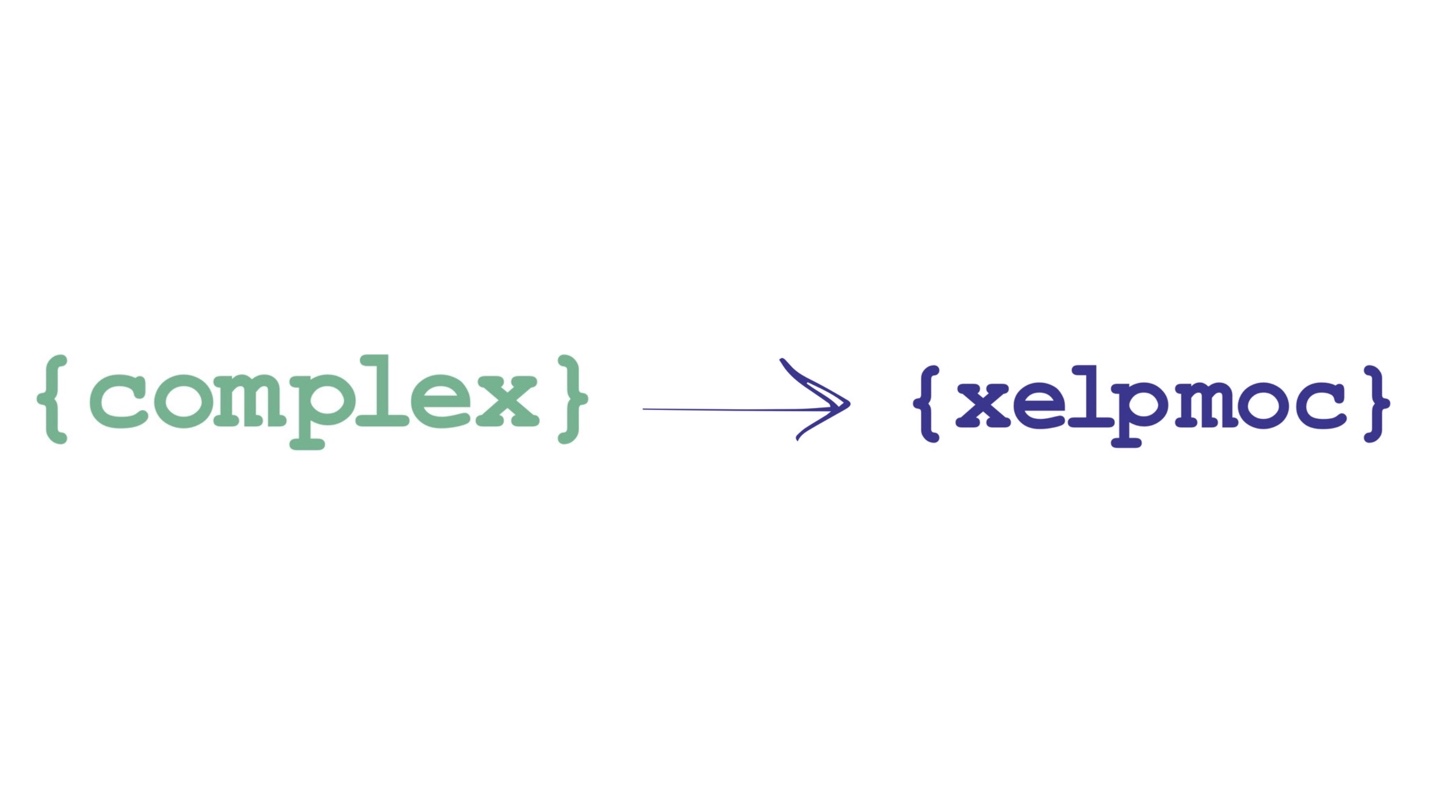 Let’s suppose you like a start-up and want to own a piece of it as an early investor. Traditionally, you had two options:

Then a few years ago Infoedge came along with its business model of investing in promising start-ups. Its most celebrated holding, zomato now nearing its own IPO.

But as a small retail investor, there wasn’t much chance of getting in really early. Turns out there is a company that does just that. They have done it a few times already. And they are a BSE & NSE-listed company. We took a look at an unconventional company that funds startups.

Incorporated in 2015, Xelpmoc (Complex spelled backward) is an IT company with its HQ in Bangalore. The company is promoted by Sandipan Chattopadhyay, Srinivas Koora and Jaison Jose. 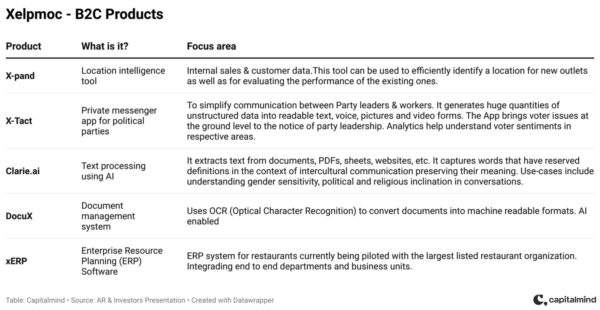 Apart from these, they are working on few concepts like Interactive chatbot, Email analysis tool, Sensitive content detection etc.

Xelpmoc had invested in 15 start-ups till date & has seen some traction. The company in the last 6Y had invested 4.7 Cr (Cost of Investment) which is currently valued at 47.4 Cr. That’s a 10x return! By the very nature of the business, Xelpmoc will see nonlinear growth.

The company has been consistently rewarding its employees in the form of ESOPs. It had granted 14 Lacs & 8.2 Lacs shares in 2019 & 2020 respectively.

The key management remuneration is 0.54 Cr, constituting 13.7% of profits. The company do not have any Contingent liabilities or significant related party transactions.

The promoters own 57.3% of the company. Prior to starting Xelpmoc, Mr. Sandipan Chattopadhyay & Mr. Srinivas Koora had worked as CTO & Deputy CFO respectively at Just Dial. 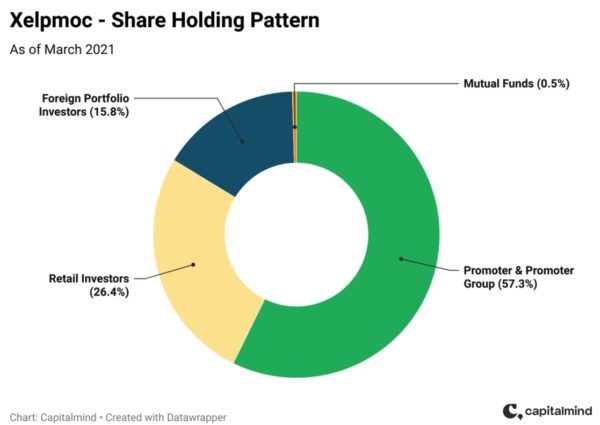 Fortigo, Mihup & Woovly are the best-performing companies in their portfolio. Xelpmoc’s stake in these three companies is currently valued at ~37.3 Cr. The management is confident of getting tangible results from other startups in the next 2-3 years. 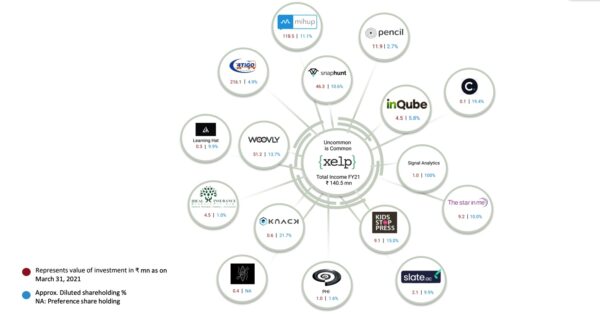 Xelpmoc is too small and too early in its journey to be compared with Infoedge. However, a 400 Cr Market cap company, with a revenue of 14 Cr & an investments of 47 Cr in various startups surely commands our attention.

Xelpmoc is currently trading at a TTM PE of 100. However, it hides more than it reveals. The company is slowly achieving scale & turned profitable at EBITDA & PAT level in FY21. We expect immediate triggers in the form of value unlocking in Fortigo & Mihup. On the core business front, they are looking to expand into international markets by setting up an office in UK.

If the management delivers, this can be an opportunity to get a pie of the start-up world. A big If.

Infoedge: Your window to the startup world

Zomato IPO: Should you place an order?

NOTE: This article is for informational purposes only and should not be considered as investment advice.