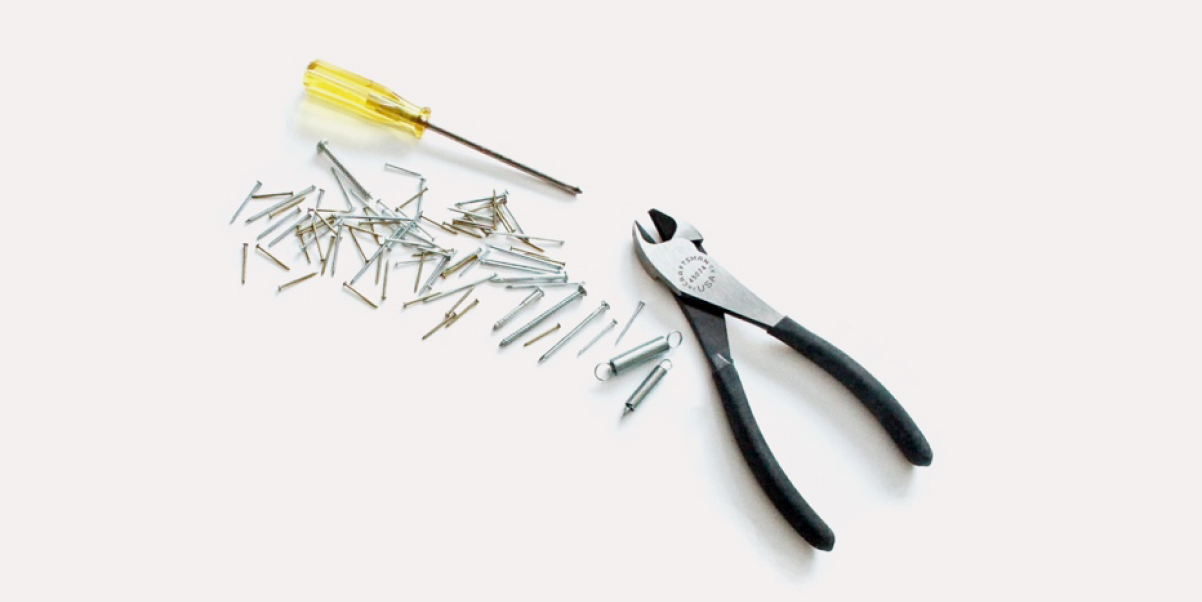 [This is a Premium Unlocked Article]

After a brief lull, IPOs are back. This time it’s an integrated metal producing company – Shyam Metalics and Energy Ltd. which is looking to raise ₹ 909 crores. IPO opens on June 14th.

At the upper end of the IPO price band, the company will be valued at ₹ 7,800 crores. This means a valuation at a discount to JSW Steel, but at a premium to Tata Steel and SAIL.

Does it make sense for investors to subscribe to this IPO? Let’s find out…

This is the second attempt of the Kolkata-based company to tap the capital markets. It had filed draft papers for IPO with the regulator – SEBI – in 2018 and had even received clearance. However, the company deferred its plans to list on the bourses.

This time the three-day IPO opens on June 14.

The Offer: Make Hay While The Sun Shines

The IPO is a combination of an offer for sale and a fresh issue. The major chunk of the IPO proceeds will be going to the company, while the promoter will be selling shares worth ₹ 252 crores. 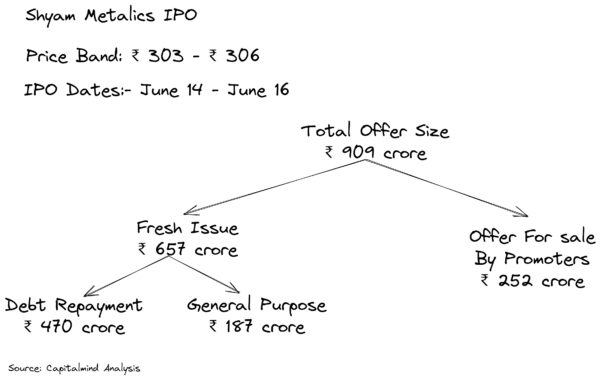 The company will be using 72% of the fresh issue proceeds to retire high interest-bearing debt, while the remaining for general corporate purpose. Post-IPO, the company would have repaid 40% of its total debt.

Its promoter will be diluting its stake to 88.4% in the initial public offering from 100%. Post listing the company will be valued at close to ₹ 7,805 crores.

SMEL is an integrated metal-producing company with a focus on long steel products and ferroalloys. It also generates revenue by selling iron pellets, sponge iron, and semi-finished product – billets. The company has partnerships with 42 distributors who sell the finished products in 13 states and one union territory. Semi-finished goods are sold through brokers.

The plant in Orissa and one plant in West Bengal manufactures, long steel products, ferroalloys, iron pellet, sponge iron, and billet, while the other plant in West Bengal manufactures only sponge iron and ferroalloy.  The company generates a majority of its revenue (close to 90%) from selling products in the domestic market, while the remaining from foreign markets like Nepal, China, Bangladesh, Bhutan, United Kingdom, South Korea, Thailand, Indonesia, Taiwan, and Japan. 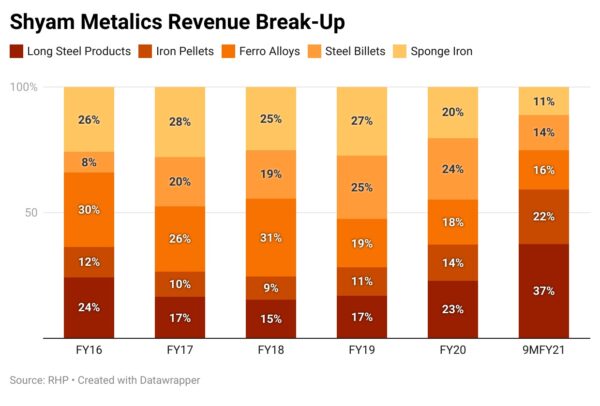 SMEL has eight captive power plants that utilise non-fossil fuels like wastes, heat, and gas, generated from their operations to produce electricity. Nearly 80% of the electricity required in SMEL’s metal plants is produced by its own captive power plants. This helps the company to lower power costs. For instance, the cost of producing power from own plants is nearly half of the cost incurred for sourcing power from third parties.

SMELs three plants are located close to the mineral belt in Eastern India. The plants also have access to ports, roads, and railways. These factors aid raw material sourcing and also reduce logistics cost. Two of its plants have their own railway track for the movement of raw materials and goods.

SMEL is looking to double its capacity by FY25 as its plants are running at high-capacity utilisation (90%+). The company is also in process of commissioning an aluminum foil rolling mill with an installed capacity of 40,000 tonnes per annum, which is expected to become operational in FY22. 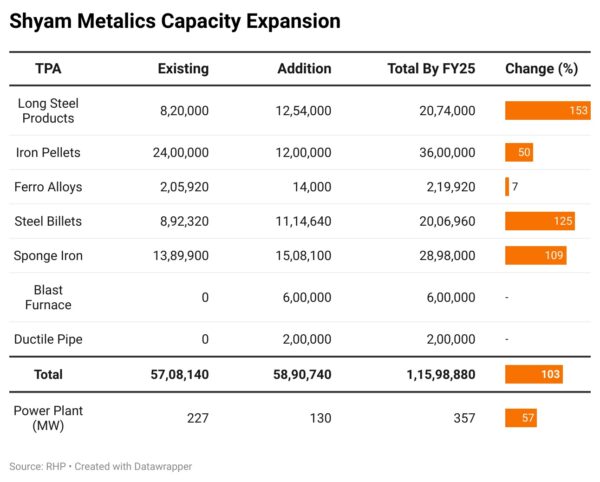 India is the second-largest producer of steel in the world with a nearly 6% share of global steel production. Prospects of the steel industry are strongly co-related to economic cycles. Demand for steel is sensitive to trends of particular industries, like automotive, construction, infrastructure, and consumer durables, which are the key consumers of steel products. These key user industries in turn depend on various macroeconomic factors, such as consumer confidence, employment rates, interest rates, and inflation rates, etc. in the economies in which they sell their products. When downturns occur in these economies or sectors, the steel industry may witness a decline in demand

Apart from the demand side fluctuations, the highly capital-intensive nature of steel projects along with the inordinate delays in the completion also poses a huge risk. As the operating environment is tough, a lot of companies have not survived in past. The Indian steel industry has seen a spate of bankruptcies over the years, 16 million tonnes of capacity has changed hands under the insolvency and bankruptcy code in 2016. Essar Steel, Bhushan Steel & Power, Usha Martin, and Adhunik Metaliks are some of the companies whose capacities have been acquired.

Over the years, the Indian Government has been promoting the steel industry. In past, it has imposed several safeguarding measures when steel imports were surging. The government has also approved a National Steel Policy to enhance domestic steel consumption, ensure high-quality steel production, and create a technologically advanced and globally competitive steel industry. The policy has an ambitious target of doubling the steel production capacity to 300 MTPA by FY31.

Steel prices depend a lot on China as it is the world’s largest producer with more than 50% of the global production capacity.  China’s net exports had a significantly high and inverse correlation to international steel prices. With China’s net exports going up, international steel prices came off materially due to deflationary pressures. A similar correlation is evident in Indian steel producers’ profitability.

After struggling with weak prices from 2018 till June 2020, recently, the Indian steel sector has rebounded strongly. Domestic demand recovery is led by the auto sector and government infrastructure pipeline. Steel realisations remain high with price hikes (amid tight supply and high raw material costs), robust domestic demand, and high international prices. Export orders are strong, driven by robust regional (particularly Chinese) demand and pricing. Currently, international steel prices are at a premium to domestic prices, which provides an opportunity for Indian producers to participate more in export markets. This is also possible due to China’s renewed focus on cutting carbon emissions that would keep steel capacity, production, and exports in check.

SMEL had a debt of ₹ 1,177 crore as of March 31, 2021. Post-IPO, the debt would come down to ₹ 707 crore. On the leverage front, the company is pretty much comfortable. Its total debt-to-equity would stand at 0.2x, post IPO. While its total debt-to-EBITDA should be below 1x.

Over FY16-20, the company’s revenue and gross profit grew at a CAGR of 26% and 39%, respectively, on the back of capacity expansion and higher commodity prices. Its EBITDA grew at a much higher rate of 45%.

The financial performance of FY19 compared to FY20 was much better. Revenue and EBITDA in FY20 declined 5% and 32% compared to FY19, owing to Covid-19. As most of its costs were fixed in nature, the drop in EBTIDA was much higher. However, the situation has bounced back pretty well for the company in FY21 due to an increase in sales volume and steel prices.

Given the cyclical nature of business, its return ratios and cash flows have not been stable.

The competitive intensity in the Indian steel sector is significant owing to the presence of large players like Tata Steel Ltd., JSW Steel Ltd., SAIL, Jindal Steel and Power Ltd., and others. Also, steel imports from other countries, mainly China, add to the competition.

Over FY16-20, SMELs revenue/gross profit/EBITDA growth has been better than peers largely on the back of expansion. SMEL’s EBITDA margins have been better than Tata Steel and SAIL, but lower than JSW Steel. For SAIL, legacy plants, high employee costs, and massive project start-up costs have contributed to its high-cost structure. For Tata Steel, average EBTIDA margins have been lower due to issues in its UK division. JSW Steel has been better on the margin front due to lower conversion cost.

In the industry, SMEL is the least levered group. Its total debt-to-equity and total debt-to-EBITDA are the lowest, while the interest coverage ratio is the highest.

At the upper end of the price band, SMEL’s issue is priced at a discount to JSW Steel, while at a premium to Tata Steel and SAIL. JSW Steel is trading at a premium valuation compared to peers due to its high margin profile, an announcement of future expansion plans, expected reduction in debt and a new 5 MTPA plant to be commissioned in FY22.

Shyam Metalics could not have timed its IPO better.  The commodity cycle is on an upswing with various factors working in favour of steel manufacturers. Pretty much everyone is bullish on the sector. Currently, the environment is conducive. Steel prices globally have risen to astronomical levels largely been driven by a supply-demand mismatch. To validate this, the Nifty Metal index has jumped over 2.5 times in the last year.

But how long will this euphoria last?

According to Credit Suisse, the peak steel prices are likely behind as China is entering a weak demand season at a time when production continues to inch up, the Chinese government’s recent comments on price control of commodities, especially steel and iron ore, and rising production rate globally (ex-China).

The business of SMEL is highly cyclical. And the thumb rule for investing in cyclical stocks is to never buy them at their peak. We are not sure whether the sector is at its peak, but the steel prices definitely are at their peak.

The company will be doubling its manufacturing capacity over the next three years. While cash generation is likely to support the total capex outlay, it does leave the company vulnerable to the reversal in the price cycle. And if the announced capex completes during a down cycle, then problems would aggravate.

Given these factors, we would avoid this IPO.

Other recent IPO’s we reviewed

This article is for information only, and should not be considered as a recommendation to buy or sell any stocks.