The first IPO of new financial year is here.

Lodha developers is looking to raise 2500 Cr from the secondary market & this isn’t the first time.

Will it be third time lucky? Should you subscribe to the IPO?

Short answer: No. Too many things should go right for Lodha to get back on the growth track. It has a huge debt pile of $2.5B. In the last 2Y, the finance costs are higher than the EBITDA. Credit rating agencies have downgraded the company’s rating to Negative. The company has 19.1% of unsold inventory. Hence we recommend an AVOID for this IPO.

Macrotech Developers (erstwhile Lodha) was incorporated in 1995 by Mangal Prabhat Lodha. It is one of the largest real estate players in terms of sales. The company’s development activities are focused in Mumbai Metropolitan Region (MMR) & Pune.

In 2019, the company forayed into development of logistics & industrial parks. It entered a JV with ESR Mumbai 3 Pte. As part of the JV, it has an ongoing 290 acres & planned development of 540 acres as of Dec 2020. 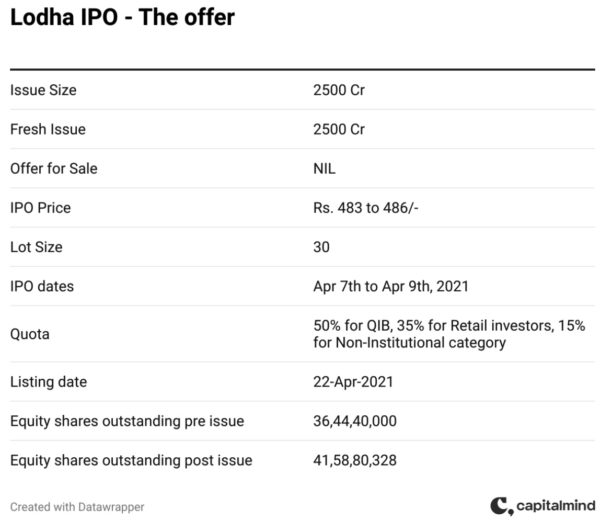 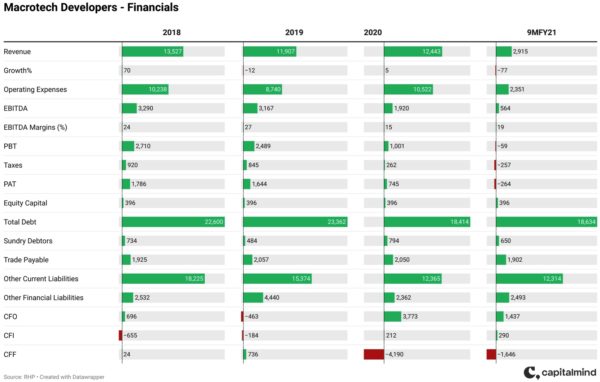 Excluding the huge debt, Lodha’s numbers are in-line with its peers. The inventory turnover is better than Sunteck & DLF. Asset turnover is above industry average. The ROE looks boosted because of high debt levels.

This is not a unique IPO. There are better alternatives available in real estate sector. Hence, we recommend an AVOID to the IPO.

Other recent IPO’s we reviewed: