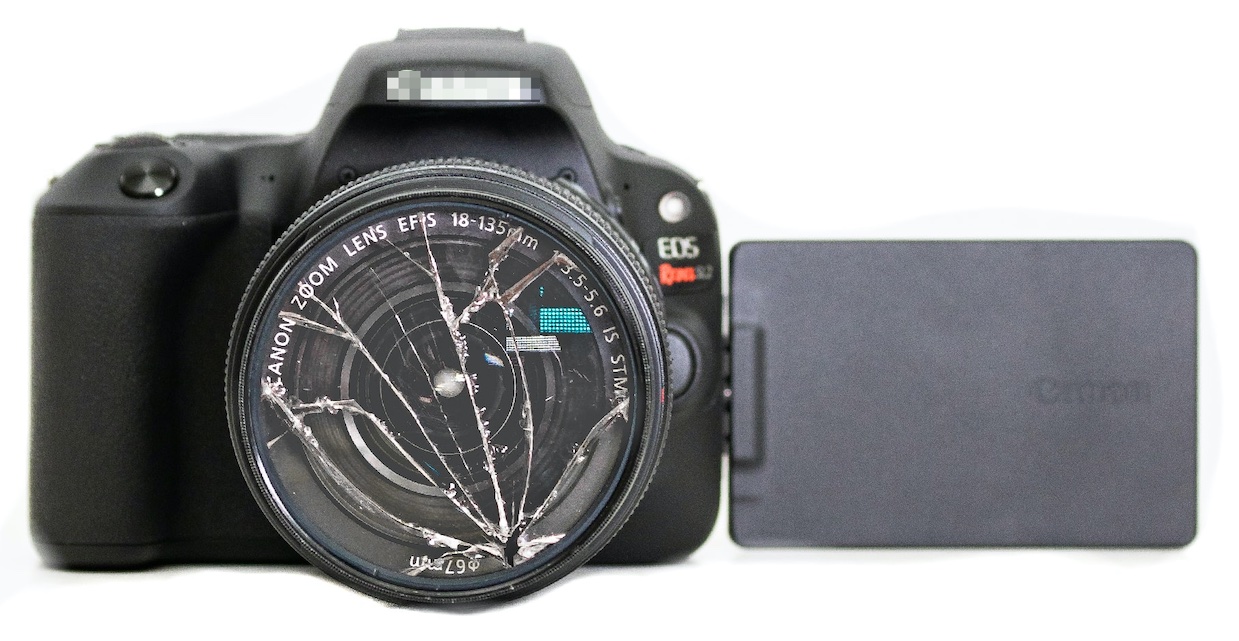 In 2019, it became the world’s largest derivatives exchange by contracts traded. In a two-player market, it has over 90% market share in the Equity Cash segment. Then NSE – National Stock Exchange had an ordinary day. In the middle of the trading day on 24th Feb 2021, a “technical glitch” caused the exchange to halt operations for three hours.

The NSE is not yet publicly listed, you can buy unlisted shares from brokers who specialize in them. But if NSE had been listed, it would have been interesting to see the impact of the outage on its share price. You’d have to imagine a marketplace unable to facilitate transactions even temporarily would be a catastrophic event. After all, transactions on a stock exchange are more time-sensitive than say on an ecommerce platform.

Listing rules prohibit exchanges from listing their own shares, so ironically we’d see the impact on NSE share price on its only competitor in India, the Bombay Stock Exchange (BSE).

Unlike the NSE, the BSE is currently listed. We looked at the various business segments the BSE operates in as a potential growth at a reasonable price opportunity. BSE: The Tools and Pickaxes in the rush for Gold [Premium Access Required]

But this post is not about the technical issues at the National Stock Exchange.

The NSE brouhaha got us curious:

Now, there is no nicely maintained database of business crises for us to look into to arrive at a statistically significant conclusion. So we did what most business book authors or bottom-up investors do to justify their conclusions. We looked for anecdotes.

I’m obviously kidding about bottom-up investors. It’s called scuttlebutt when they do it.

We looked at cases where the core business of the company in question was impacted. This excludes issues of accounting fraud like at Enron, Worldcom or Satyam.

We came up with four cases in business history involving a substantial but not fatal business crisis and looked at the near-term impact on stock price. This is far from a comprehensive list.

In Sep 1982, three members of a family in Chicago died within two days of each other after taking paracetamol pills from a bottle of Johnson & Johnson’s best-selling product, Extra-Strength Tylenol. Other deaths in the Chicago Metropolitan area were quickly attributed to the same cause. Tests showed the presence of potassium cyanide, a lethal poison, in those bottles.

As a nationwide panic set in about Tylenol products, investigations ruled out the production units being responsible since the contaminated bottles had been found in a few specific stores in Chicago.

Tylenol, with 37% market share was the clear leader in the analgesics segment. It had contributed 17% of J&J’s earnings in 1981. This was a crisis alright.

Chart shows J&J stock price during that period. Price has been normalized so that 100 reflects the value just before the crisis hit, on 29th Sep, 1982. 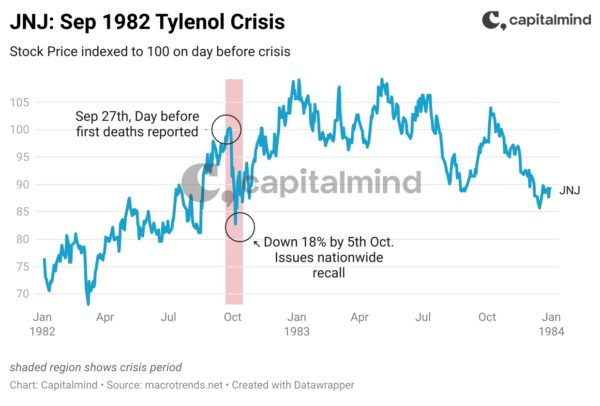 Since the first deaths were reported, the stock fell 18% until 5th Oct. That’s when management announced a nationwide recall of all Tylenol bottles. It then rallied and crossed pre-crisis price in a month and ended nearly 10% above pre-crisis price by the end of the year.

The rally did not last long. The stock declined in the latter half of 1983, partly due to the realization that its 37% market share had reduced to single digits in the immediate aftermath. It later regained its market-share suggesting consumers could look past the seemingly freak circumstances that caused the initial panic.

Product recalls were not really heard of back in 1982. So the decision to issue a nationwide recall at substantial cost even after it had been established that the tampering had likely occurred at retail stores has become a Business school crisis management case study.

Tesco – Why is there a saddle on my burger?

In late 2012, the Food Safety Authority of Ireland, conducting routine tests on beef burger samples found traces of non-bovine DNA. Namely, they found traces of horse DNA. The samples were sent to another lab in Germany which confirmed the finding. They were then sent to yet another facility which found that of the ten samples, nine had trace amounts only. But one sample had almost 1/3rd horsemeat. This product was manufactured on behalf of Tesco, UK’s largest grocery food chain, by its vendor ABP Foods. 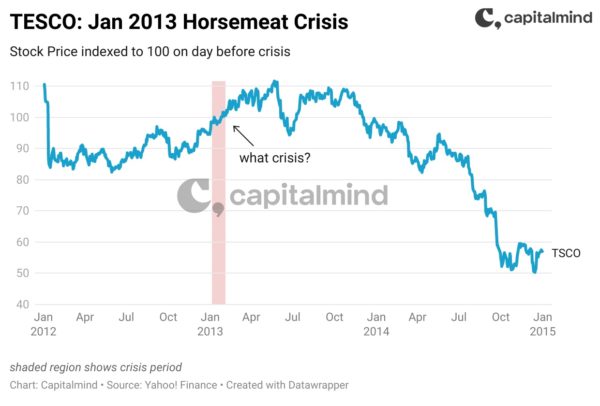 On first looking at it, I was sure I’d gotten the year of the crisis wrong. But no. The news that a key food product had in fact 30% of something most people would not consider eating had the same impact as if you’d announced results in line with expectations. Here’s the lead of a guardian article lamenting the 1% down bloodbath in Tesco’s shares on the day of the revelation.

The worst of the immediate fallout seemed to be cancellation of several high-profile supplier agreements for ABP Foods who then sold the offending Silvercrest factory.

Tesco stock did go on to fall 40% through 2014 but it was already under pressure even before the crisis, so we can’t really say it had anything to do with the equine mix-up.

In Sep 2015, The US Environmental Protection Agency (EPA), which conducts tests to monitor emissions of diesel vehicles, found a problem. On some Volkswagen diesel models there seemed to be a difference in emissions readings in the lab versus when measured while out on the road. And not a minor difference either, but almost a 40x difference in readings. The very reason they were tested on the road was because a non-profit called the International Clean Transport Council had commissioned a study by a University research team, to understand what made American-made Diesel cars so clean compared to diesel cars in Europe.

Sure enough, American-made diesel cars were not cleaner at all. Software on the car’s computer was putting the engine in “safety mode” when it detected it was being tested, “by monitoring speed, engine operation, air pressure and even the position of the steering wheel”. The engine would then run below normal power and performance, giving favourable emission readings. 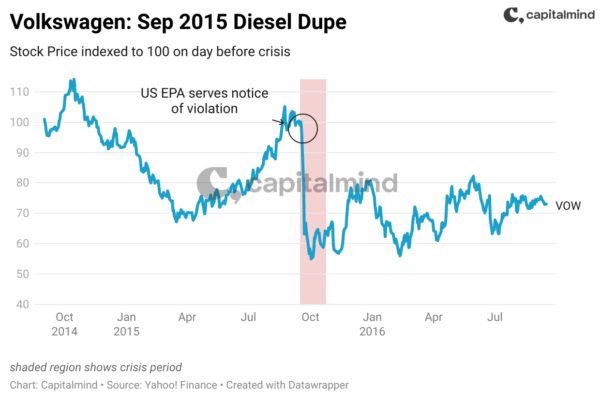 With almost 0.5 Million VW and Audi diesel vehicles sold between 2009 and 2015, the EPA notice had serious ramifications for Volkswagen. And sure enough, the stock fell 45% on the news.  The action in the US was followed by penalties and mandatory recalls for VW cars sold almost everywhere in the world.

The company is still dealing with lawsuits by customers and government agencies. Diesel gate has since been narrated in Hard Nox, part of a Netflix series, aptly named ‘Dirty Money’.

In India, we tend to be fairly forgiving of corporate lapses. Why else would the largest private bank by market cap get away with offering a barely functioning website? We ranted a little about this in What makes Amazon, Amazon!

Companies in India just don’t get hauled up often for product issues. So it was a shock when in April 2015, the Food Safety Standards Authority of India (FSSAI) released a finding that Nestle Maggi samples they tested had MSG (Monosodium Glutamate) and more than permissible quantities of lead. They went ahead and banned Nestle from selling their market-leading product forcing a countrywide recall and a one-time charge of Rs 450 Crores ($ 62M) 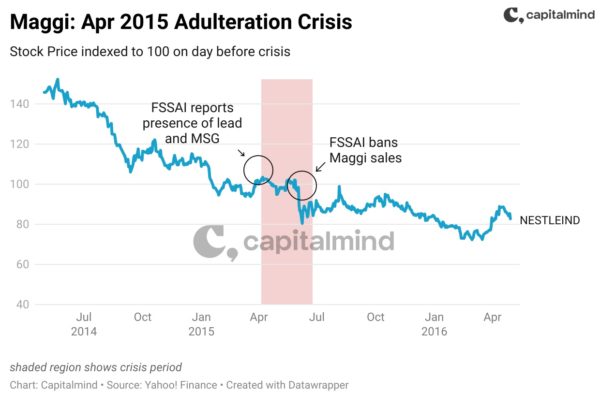 The stock had already been declining for the year before the crisis hit. The FSSAI ban took the stock a further 20% down where it languished for the next year. It took Maggi till 2019 to surpass its pre-crisis sales of Maggi.

The NSE outage got us curious about what happens when a company’s core business is severely but temporarily impacted. We are clearly not going to form an investment opinion based on four specific cases.

For what it’s worth, except in the case of Tesco, the stock fell sharply when the first disclosure of the issue came out. But contrary to what we might expect, the correction tended to be an under-reaction in the short term. It took a couple of quarters for the stock price impact to show up as subsequent quarterly results quantified the earnings damage. This is in line with a behavioral bias called the endowment effect where current owners place higher value on the stock than what they might otherwise have been willing to pay if they were not owners. This results in underreaction to new negative information.

The same effect is in play when prices don’t get revised upward all the way. For instance if a company trades at 100, and a new positive development makes it worth 130, the reluctance of potential buyers to pay much more than the recently prevailing 100 means the stock might go to 110 and then take time to find more buyers as it inches its way to 130. This reluctance, in a nutshell, is why momentum remains the premier anomaly. [Podcast: Momentum, Unintuitive, yet effective]

When a crisis hits, for otherwise fundamentally strong companiees, the temptation to BTFD in a previously expensive stock can be strong. But anecdotes suggest the takeaway might be, give it a quarter or two for the full effect of the crisis to play out and any further nasty surprises to show up. Then buy the stock, and wait. Because the company might take a while to regain lost ground.

And for companies that are already under competitive pressure to deliver earnings growth seem to see an acceleration of their decline. Basically, poor companies only become worse investments in the face of crisis.

Makes you wish if only investing had fewer ifs and buts and more sure things. But then we are not Option traders with screenshots to share.