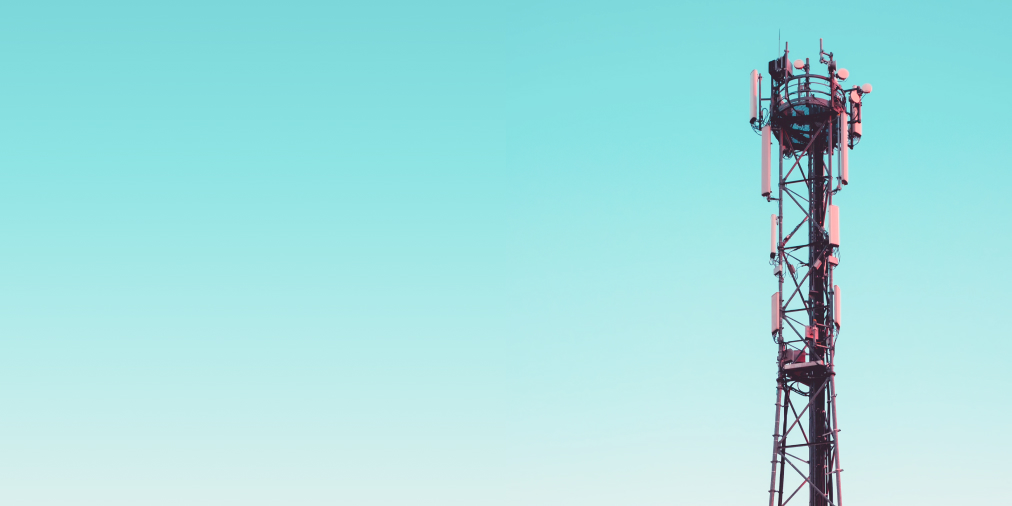 Indus Towers Ltd. – India’s largest tower company – reported a 20% jump in its net profit largely on the back of one-offs related to the merger.

The merger between Bharti Infratel Ltd. and Indus Towers Ltd. – to create the world’s largest tower company outside China – completed last quarter. And hence, the Q3 earning is the first quarterly earnings of the merged entity.

In Q3, not only the topline was boosted to the tune of ₹ 400 crore on the back of exit charges, but its other expenses were also lower by four-fifth owing to some merger-related and prior-period adjustments.

Exit charge is the income that the company gets from telecom operators who stop using towers before the end of the contract. The company is yet to provide any clarification regarding the adjustments done in the other expenses. It will be doing so in the conference call that will be held on January 29.

Energy spread – the difference between the energy income and energy cost – continued to remain negative for the third consecutive quarter. A negative energy spread means that the company is paying the energy expenses out of its own pocket. Usually, the tower company should be able to collect the entire amount from the telecom operator. Also, in past, the company has been able to earn from collecting higher energy expenses from telecom operators.

However, on the positive side, for the second consecutive quarter, the company witnessed a strong co-location addition and a rise in tower rentals. This indicates a strong network rollout by Bharti Airtel Ltd. and most probably by Vodafone Idea Ltd.

In the previous two quarters, the company had witnessed a rise in its trade receivables due to delayed payment from operators. However, the trend reversed in Q3. This could be because of a pre-payment of ₹ 2400 crore received from Vodafone Idea. Also, now post-merger, the company has turned into a net debt company from net cash. However, its leverage ratio remains comfortable. 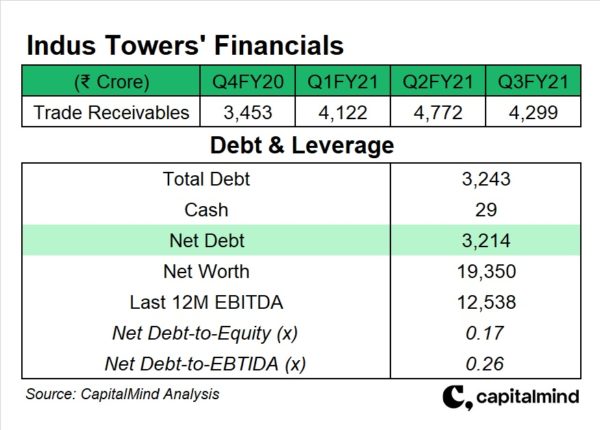 Merger completion, strong tenancy addition, acquisition of stake by the promoter, and one-time large dividend are good enough reasons to invest in this tower company. However, for Indus Towers, a lot is riding on the survivability of the Vodafone Idea.

Since Bharti Infratel’s listing in 2012, Bharti Airtel has been steadily reducing its stake to deleverage its balance sheet. There was an expectation that Airtel would sell further stake post-merger completion to create reserves to participate in the upcoming spectrum auctions.

However, to everyone’s surprise, Airtel acquired a stake post-merger. This purchase could be seen as a signal that Bharti Airtel, the promoter, sees value in the stock at current price levels. (Airtel purchased a stake at around ₹ 217/share)

An investment in Indus Towers could also be financially justified by the attractive 6-7% dividend yields it offers. However, the sustainability of these yields is dependent on the survival of the Vodafone Idea in its current form. Given the continued market share loss by Vodafone Idea to Bharti Airtel and Reliance Jio, its ability to service regulatory levies in FY23 may be at risk.

Thus, unless there is any visibility on Vodafone Idea’s survival, one should exercise caution.

For access to our equity and fixed income model portfolios, actionable strategies, and a the member forum, join the 1,300+ and growing Capitalmind Premium community