There’s a massive correction in inflation – down to  4.59% in December 2020, the lowest since September 2019 (15 months). This is sudden, and probably lower than anyone expected. 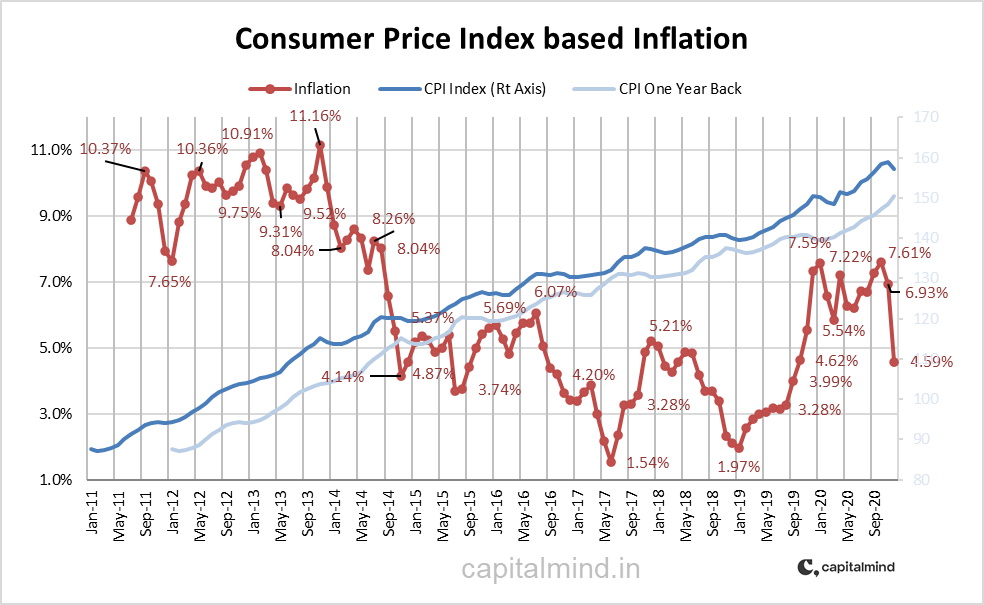 But doesn’t it often dip in December?

Not always but it does dip in the winter. Last year, it dipped only in Jan 2020. While the phenomenon of inflation falling this much may be temporary, it might continue to fall.

Why? Because of falling chicken/egg prices due to the fear of bird flu, and generally higher availability of vegetables, cereals and pulses. Food is a major part of inflation.

Food at 3.9% While Everything else moderates If you remove food and fuel, what’s inflation like? Food prices, like fuels, are volatile. But the rest are not. 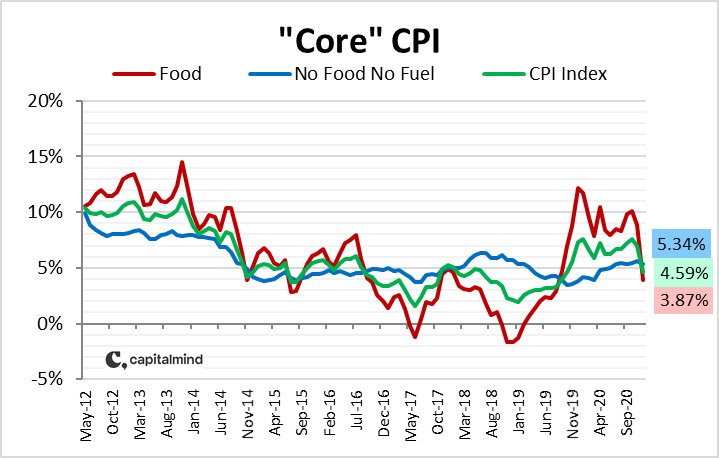 Core inflation, which has fallen a little bit, is still above 5% for December 2020. This isn’t as much a worry now, but if it dips below 4% then the RBI will start to get worried.

What’s the scene with food?

Nothing major, but price of cereals has taken a whack. As has the prices of vegetables. The rest have moderated slightly. 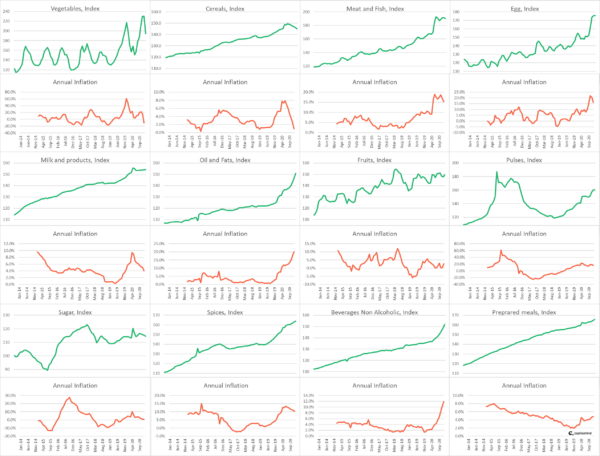 The View on Inflation

With inflation at sub 5% and with a likelihood of falling further, we believe the RBI is not going to increase interest rates. The data is sudden but clear – that inflation was only visible due to the impact on food. Think of next year – with elevated levels in 2020, the 2021 numbers will look benign nearly all through the year. We’ve made a big position on longer term rates coming down eventually, and this data seems to match the view that rates are likely to remain low in the coming year, simply because the only reason you will raise them is inflation.

The budget will be the next point to watch. Inflation numbers are very low, and finally, we might appreciate even a 4.5% fixed deposit soon!