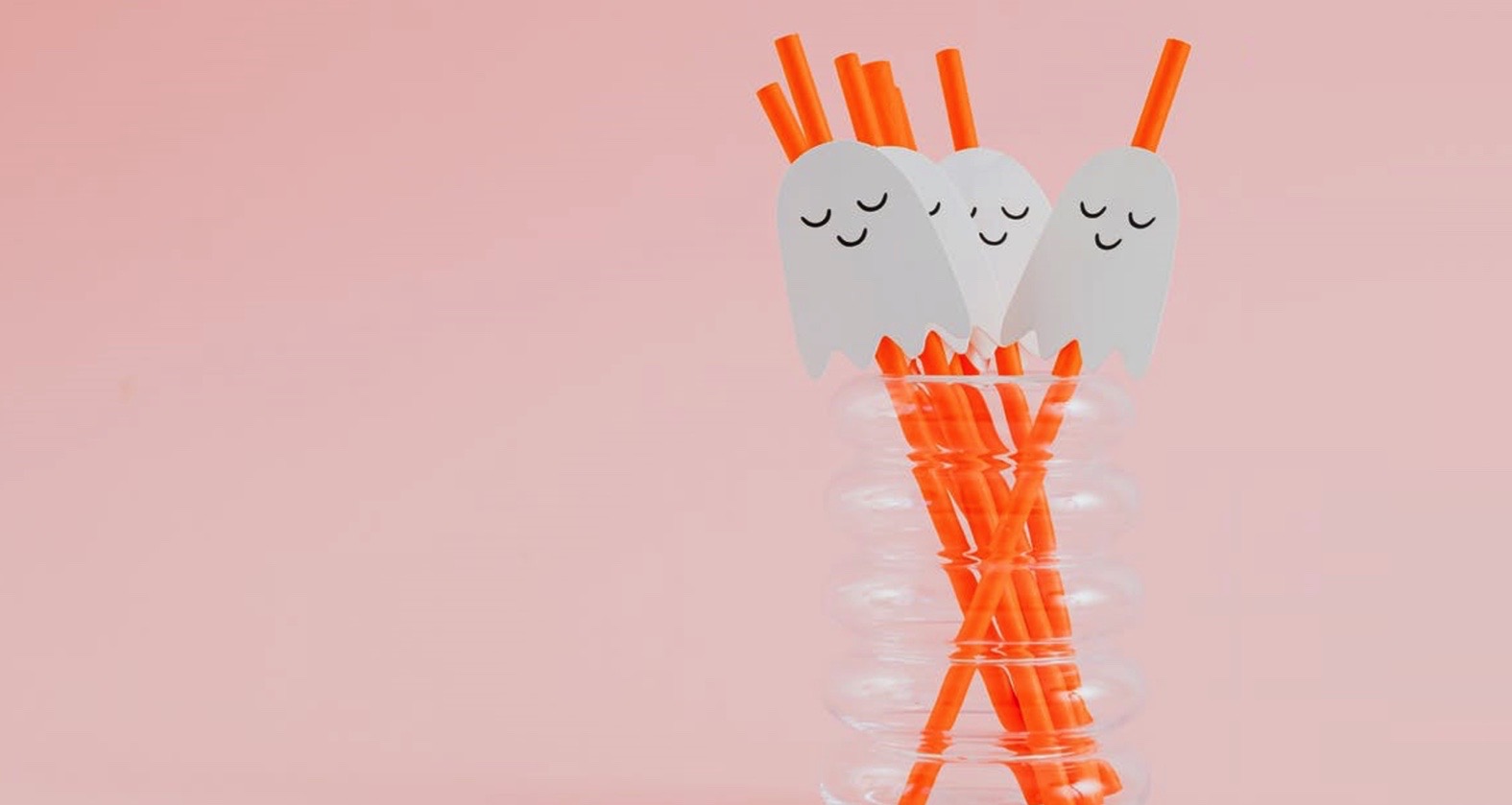 Remember George Costanza’s quote from Seinfeld – It’s a show about Nothing. (See the clip) In today’s post let’s talk about the same topic – Nothing. Companies that do nothing. But their stocks are actively bought and sold.

To start with, let’s talk about the latest Lakshmi Vilas Bank fiasco.

RBI in its press release, mentioned that the LVB’s entire equity is written off.

On Nov 18th, 2020 (a day after the announcement),  25L volumes were traded. It hit an upper circuit on Nov 25th & 26th (a day before its delisting) with a traded volume of ~5 Cr. What should we call them? Speculators, Punters or un-informed investors?

We have many companies whose Equity value was either written off or became Zero. But still these companies continue to trade on stock exchanges. We see hundreds of thousands of shares change hands on daily basis. Today let’s discuss about such companies – The Walking Dead.

Before going forward, let’s understand the order of distribution during Insolvency & Bankruptcy. Proceeds from the sale of the debtor’s assets are distributed in the following order of precedence:

A step by step process is followed if a company is taken to NCLT.

So if a secured creditor (like a bank) is taking a hair cut, there is nothing left for Equity shareholders. The pie was already eaten. But they are few companies where the investors forgot this hierarchy. 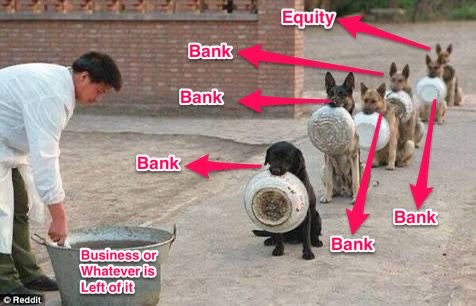 On Apr 18th, 2019 the company stopped all its operations & suspended domestic & international flights. And two months later, on 22nd June 2019, Jet Airways initiated Insolvency process. On that day, Jet Airways owes ~ ₹ 9000 Cr to lenders, operational creditors and employees. The creditors had an haircut of almost 90%. No buyer (including the 24% stake holder Etihad) had shown concrete interest to infuse equity capital. There’s no equity capital value left in the stock.

But again, who cares ?

However, Jet Airways is gaining some interest from investors in the on going insolvency proceedings. If the bid succeed, we will have a new equity infusion in the company.

In Feb 2020, a RTI was filed with  RBI seeking details of the top 50 wilful defaulters and their current loan status. Gitanjali Gems topped the list of these defaulters with a total amount of ₹ 5492 Cr.

The company continued to trade till Apr 2019. That’s a long 6 months since it filed for insolvency & 16 months since Mehul Choksi escaped to Antigua.

On Oct 20th, 2012, the debt ridden Kingfisher Airlines lost its flying license as DGCA refused to renew its Air Operator Permit. On Feb 2014, KFA was declared as the top NPA of the country as it failed to repay ~9000 Cr to the state owned banks.

KFA last traded on stock exchanges on June 22nd, 2015. That’s 3 years since it lost its flying licence. 30 months since it was grounded. And more than a year since Mallya was declared as a wilful defaulter.

As of Feb 2012, DCHL owed ~4500 Cr to various banks. On July 2012, creditors filed the bankruptcy against DCHL. They were forced to take huge hair cuts on their loans. Rating agencies downgraded the rating to Default.

During the same period, they got into a forgery fraud with Karvy & Future Capital. Lenders started to take huge write offs. Pramerica has written off its entire ₹ 50 Cr loan. IDFC’s treasury department had to write off ₹ 145 Cr.

By 2016, Educomp Solutions had a debt of 3000 Cr to the banks. In May 2017, the lenders pushed the company to NCLT. On the same year, its auditor said they were some inconsistencies in the company’s balance sheet.

In Sep 2018, consortium of banks led by Union Bank pushed GTL Infra to NCLT. Later that year, Edelweiss ARC along with the Bank of Merrill Lynch offered a bid of ₹ 2,400 Cr. Subsequently this bid was rejected. The insolvency proceedings are going on. On the other hand, the banks agreed to take 99% hair cut on Aircel loans. The stock is still trading on the exchanges.

Subsequently, in Jan/Feb 2020, expressions of interest (EOIs) from various parties have been invited as per the IBC code. Meanwhile rating agencies downgraded credit rating to Default. This led to a series of haircut (in the range of 50% to 75%) across Creditors, Bond holders, NCD holders, Mutual Funds etc.

The best bid so far, is about ₹ 33,000 cr. for all the assets of DHFL, while outstanding liabilities are around ₹ 85,000 cr. Basically the bidders are paying a maximum of ₹ 33,000 cr. , all of which will go to the lender (who have to take a loss and write down the rest of the money to zero). If nothing’s left in the company after all the assets are bought, the equity shares will be worth – nothing.

3 out of 4 bidders have submitted fresh bids to be opened today (Dec 14th).

Why do such situations arise?

Insolvency and Bankruptcy law came into existence from Dec 2016. Before that, things were different. There were many instances where Creditors took the complete write off, but Equity investors left untouched.

The power had shifted in the hands of Creditors.

One more reason why investors gets attracted to zombie stocks is their inability to understand Equity Dilution.

Even if the insolvent company gets a bidder, the equity gets wiped out. In any case if there is some new equity infusion happens, it will be diluted to such an extent that it becomes irrelevant and minuscule.

For example, before dilution you could have 100 shares. A new buyer can buy 5000 shares, and the current shareholder will have a very very tiny part of the company.

We have many such examples in the form of Bhushan Steel, Ruchi Soya, Uttam Galva etc, where the businesses are still operational. But the sheer magnitude of Equity dilution will make sure very little is left for the investors. (Bhushan Steel is an anomaly: it was an early resolution, so it’s merger with Tata Steel does leave some value on the table)

Yes bank had set a wrong example for many reasons. RBI had saved Equity investors & wiped out AT-1 bond holders. This had given a wrong impression in many small retail investors. They think they will be saved by the RBI or Government.

It’s not their job. The way it dealt LVB merger tells us that, investors are on their own.

So, if you are an investor who thinks small retail investor will be saved when companies go bankrupt. Think again. You will be the first one to take the hit. Don’t rush to buy nothing.

This message will make sense. Until the next Zombie stock wakes up to a sequence of Upper Circuits as investors make a beeline for it.

Disclosure: This article is for information and should not be considered as a recommendation to buy or sell any stock. All the stocks discussed here are based on the on going proceedings & status as of publishing this article. Any future changes in the companies equity structure will make the argument invalid.