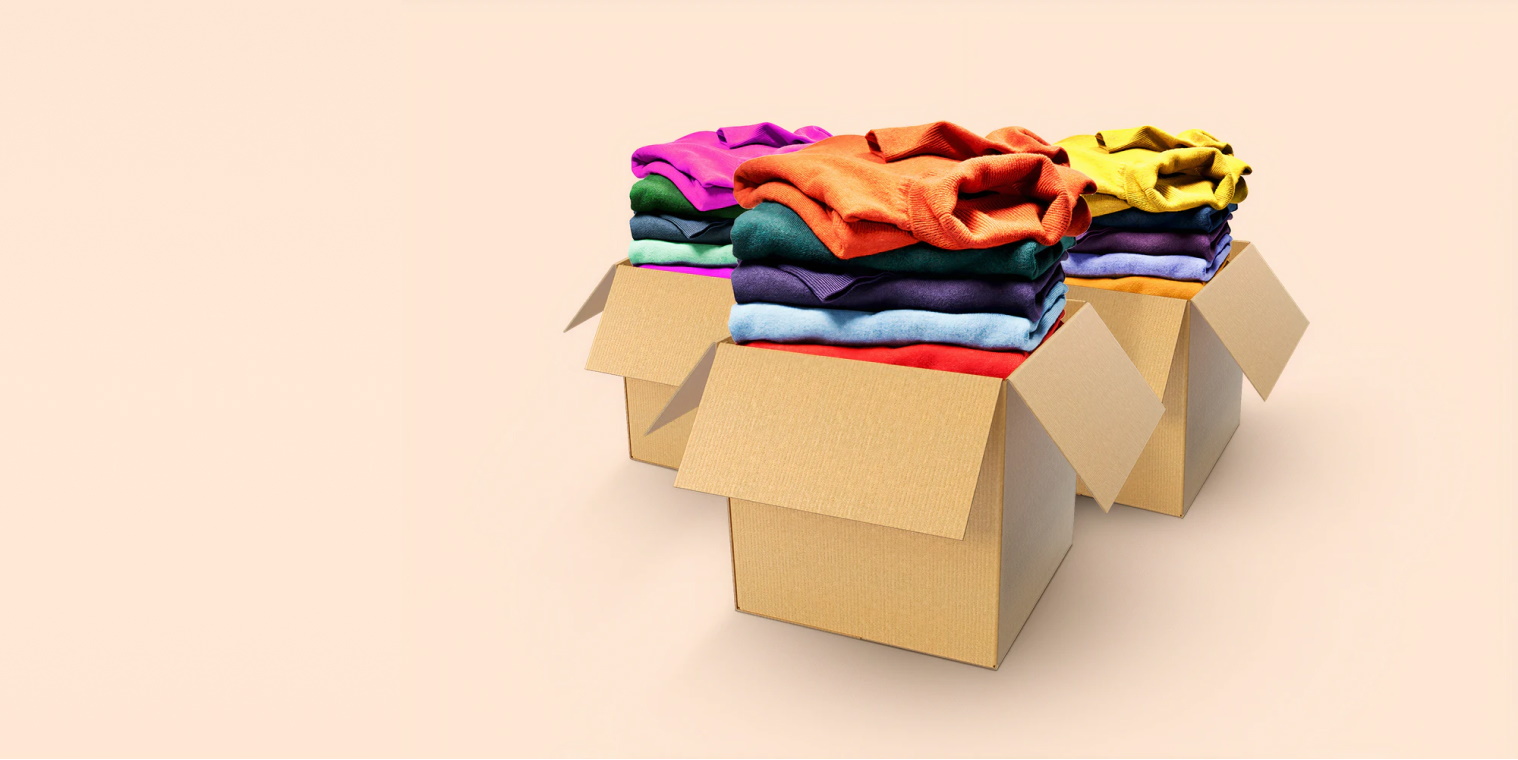 This investment by Silver Lake values RRVL – the holding company of retail unit – at a post-money equity value of ₹ 4.29 lakh crore. Silver Lake will hold a 1.75% stake in RRVL on a fully diluted basis.

This effectively values Reliance’s retail arm at a valuation of ₹ 4,21,500 crore which is roughly 30% of the valuation of the whole company.

Another note: A few days back, RRVL conducted a private placement where it issued 17.1 crore shares to RIL at ₹ 682.25. The total fund raised was close to ₹ 11,650 crore. This might have been done by the company to fund the Future Group acquisition and to set a precedence to value the retail arm.

Also, the new shares issued to Silver Lake is been done at ₹ 682.25, at the very same price. 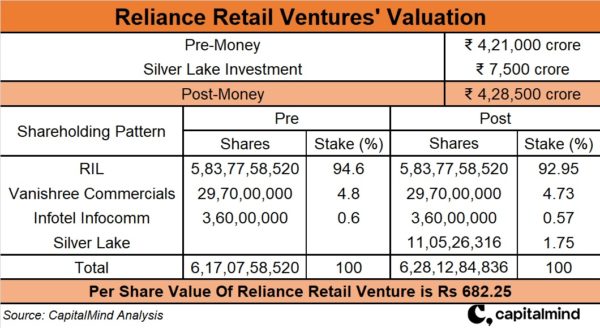 We are yet to get clarity, whether Vanishree Commercials Pvt. Ltd. and Infotel Infocomm Enterprises Pvt. Ltd. are Reliance Promoter Group companies or Reliance Industries’ subsidiaries.

Reliance Industries not only used to own equity shares in both these companies but also optionally convertible preference shares.

Jio Platforms after raising close to ₹ 1,52,500 crore said that it will retain only ₹ 22,980 crore, while the remaining would be transferred to the parent company – RIL. This will be transferred via redeeming the optionally convertible preference shares held by Reliance Industries in Jio Platforms.

For Jio Platforms, the deal could have been structured this way to save taxes. If RIL had sold its equity stake in Reliance Jio, then the profits earned would have attracted capital gains taxes. But what they did was:

Effectively, Reliance reduces its stake in Reliance Jio (effectively) and actually gets paid, and doesn’t have to pay any taxes since currently it just gets back its investment. All the profit is sitting in the remaining 68% stake of Reliance in Jio Platforms, which is where they retain their profit. Effectively, they’ve taken back their investment without having to pay any tax on the profit.

Tax-Geek note: If you’re thinking that wait, when Reliance transferred shares to Jio Platforms, wouldn’t it pay capital gains taxes? The answer is no, because of this ITAT ruling that says: Transfer of shares to a 100% subsidiary is exempt from taxes. However, astute reader Ritesh Agarwal notes that in under Section 47A they would pay taxes if there’s a profit, since Jio Platforms is now no longer 100% owned by Reliance. We discover, however, that there is no taxable profit in the transaction.

Now incase of the retail unit, the funds raised most likely won’t be transferred to RIL. This is because RIL owns only 80 crore optionally convertible preference shares in Reliance Retail Ventures which could either be redeemed at ₹ 50 or can be converted into 5 equity shares at a later stage. There doesn’t seem to be an equivalent large OCPS in Reliance Retail Ventures that can be redeemed or any loan that can be paid back to RIL.

Thus, by raising funds in the retail division, RIL is building a separate war chest for its retail unit.

What Happens To Reliance Retail’s Shareholders?

Reliance Retail Ventures owns 99.95% stake in Reliance Retail Ltd. while the remaining is owned by employees and other investors who bought these shares from the employees in the secondary market.

Now, in Reliance Retail, shares are being traded regularly. Be very careful. Because, here’s the structure of the deal:

However, the scheme of arrangement didn’t go through as the specified shareholders didn’t accept the offer due to a lower valuation offered.

Simply put: if you own Reliance Retail shares having purchased them in a private transaction, you might not see much demand; the real company to track is the parent company (RRVL).

Earlier the scheme of arrangement offered by RIL did value the retail unit lower. However, accepting the offer would have been the correct decision as it would have given these shareholders exposure to not only the retail unit but also to the O2C unit and Jio Platforms.

Now, if the fact is that most of these shares in Reliance Retail are owned by the employees, it is most likely, that RIL could offer another such scheme. No one wants to make employees feel bad. But for non-employees who have bought shares in the secondary market, you may want to find out what exactly happens going forward from the company’s representatives.

Is This A New Beginning for Reliance?

In the past, Reliance sought to reduce its effective debt to zero, by selling parts of Reliance Jio. Now, it’s collecting cash for acquisitions in the retail area, it appears. And this is likely to be the beginning: If Jio Platforms is an indicator, we will see many more such deals come by in the next few weeks. While this sounds like family jewels being sold, this is hardly very much. People want to invest in India’s large retail market, and a large available vehicle now is Reliance, because Amazon and Walmart are more distributed. Plus, Reliance can hold inventory unlike the other two, due to FDI rules, so a minority investment into such a company can open the game for much higher operational efficiencies. We’ll have to see how this pans out, but the stakes on India’s retail market just went up many notches.

Listen to our Podcast on the Big Hairy Audacious Reliance.

Disclosure: Capitalmind and the author may own or have recommended the stocks mentioned in this article. This is not advice.