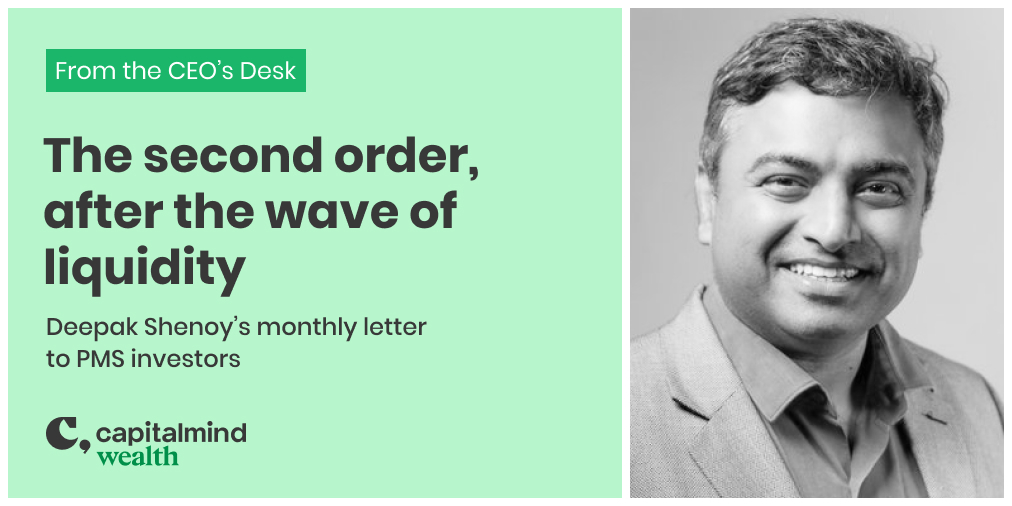 There’s this company called Meru. It offers cab rides to the airport. And then Covid hits us.

No one’s taking rides to the airport. Very few people want cab rides anyway. Meru, the cab company owns the cars, and has loans on their cars, but no revenue. They have a moratorium for the loans on the cars. But that’s for now, and they know they have to pay later. This company might survive, because it’s backed by a cash-rich M&M, but many others who run cab services are just hosed.

Think then, of an Uber driver. He probably bought his car, on a loan.

That loan needs a monthly repayment. That monthly repayment has been due the last three months, but very few cars get a booking, if any. Most companies are working from home, so there’s no need to cab it to the office. Malls are closed so you don’t want a cab to make the movie. With that lower demand, business is tough for the cab driver, who, otherwise, was thinking of whether he should stop at 12 trips per day or simply go all the way to 15 for the additional bonus. Now he’s lucky if he gets three trips.

Currently, there is no “visible” problem. The cab driver is not paying his loan back, because there’s a moratorium. He hasn’t much of an income and fears the coronavirus just as much as the rest of us, perhaps more because he has no health insurance. He’s probably even left and gone to his native home (if he’s from a different town)

In the first order – the immediate response to the crisis – he is safe, with a lower income and perhaps living off savings. His loan is “current”, that is, he doesn’t have to repay. His finance company hopes he’ll start to pay back after the moratorium, if they extend his loans for a few months more.

But as the situation unfolds, we realize there’s a second order effect. The car, when not running, needs maintenance. Business will resurface very slowly, because even if they open things up, the work-from-home continues, and people don’t go to the malls, and people don’t really rush to the restaurants. And then, the repayments are still due, but the moratorium is gone.

The Uber driver still has a lower income – possibly higher than earlier, but not high enough to pay those loans. The financiers don’t want this to become a “bad” loan, but they have no choice – the repayments simply cannot come. It takes 90 days after the end of the moratorium to recognize that this is a bad loan. And by that time, they’ve had some reprieve from an RBI, but the bad loans will hit their book and they’ll need to take on higher provisions. That stunts their profits, somewhat.

This applies to lenders to many areas – from the lenders to shops selling clothes (where there’s hardly any activity) to a toy store, to a financier of Uber/Ola cars, to a financier of restaurants and so on. The second order is what will eventually hit them hard, even though many believe that the recovery will be swift. In the second order, you will need provisions to live through a longer recovery period.

Higher provisions for banks and financiers means that they’ll have to charge higher rates. They’ll call it “credit costs”, but that’s just a fancy term for money you keep for when the shit hits the fan. This increases the cost of loans to consumers, in a time when you will need lower rates to create growth.

The second order is not now. The second order, for the financial ecosystem, is only after November 30. That’s three months after the current moratorium expires. That’s when we will know how bad the economy has been hit, and what really will recover.

Which comes to the reason why we’re writing this letter. All is not well in the kingdom, although it seems to be. And we must be aware of this, while the strange first order event continues to unfold.

In the markets, the first order was liquidity. We spoke of it in April. We said a wave of liquidity would come forth and help markets recover somewhat. And that is exactly what has happened.

Over Rs. 150,000 cr. has been invested in Jio alone, and a massive set of investments into India have come about – from a Glaxo selling over Rs. 25,000 cr. of its merged Hindustan Unilever shares to other foreign investors, to buyouts of Indostar, Ingersoll Rand and a few other companies.

Some part of this is the $5 trillion that has been printed worldwide. People have way too much money elsewhere, and even if 1% trickles to India (it typically does in 18 months or so) we will see roughly $50 billion enter. That’s Rs. 375,000 cr. or around 3x what exited in March. To see how this can change things, the price of Reliance alone, because it sold part of the Jio Platforms holding, is up around 100% from March till now, and it is the biggest company by Market Capitalization in India.

This of course is also a second order effect. The lockdown increases the desire to use data, work from home etc. And eventually, that desire should allow for big benefits to the people in that space – where Reliance is the biggest player through Jio, and has the additional application infrastructure through Jio Platforms. Even education is online now, and therefore, high speed internet will be required even by the lowest income families. That enlarges a market that was believed to be saturated, but we’ll find more in a sudden further push.

How does this work? How can a country have so many second order problems in finance, and yet, see money flow in like crazy?

There are no known answers, but there’s three things that we believe will happen:

Are these going to happen overnight? Not at all. They will take their time, and are second-order in nature. However, the simple belief, of the market, is this: India will recover to be much stronger.

Finally, the “feeling” that the market is going to keep going up is a dangerous thing. The volumes on the NSE for June 2020 have touched 60,000 cr. a day – and the average so far, for over 10 years, has not been more than Rs. 40,000 cr. a day. People were putting in more than 7,000 cr. a month in mutual funds, but that’s gone to near-zero in June, net of withdrawals. It appears that now, there’s a layer of speculative interest in stocks. This also means that people who have never traded in stocks earlier will make enough money in stocks, by buying literally anything and seeing it move up. They will soon offer you tips as well, which is an important sign. From the past, nearly all such times are met with pain in the near future.

Our strategy therefore is to reduce our position sizes somewhat and go into about 10% to 20% cash. We think it’s useless to predict exactly when the market will turn, and if it doesn’t, and India recovers super fast, we will have 80% of the allocation in the market. However, if there is a fall, we will have enough cash to deploy as well, because we do believe that India will be a great story in a few quarters from now.

We’re coming close to the end of this letter (phew). We’ll have an open house soon (Saturday, July 25th) for which a separate mail will come your way.

Looking forward to hearing from all of you. Stay safe!