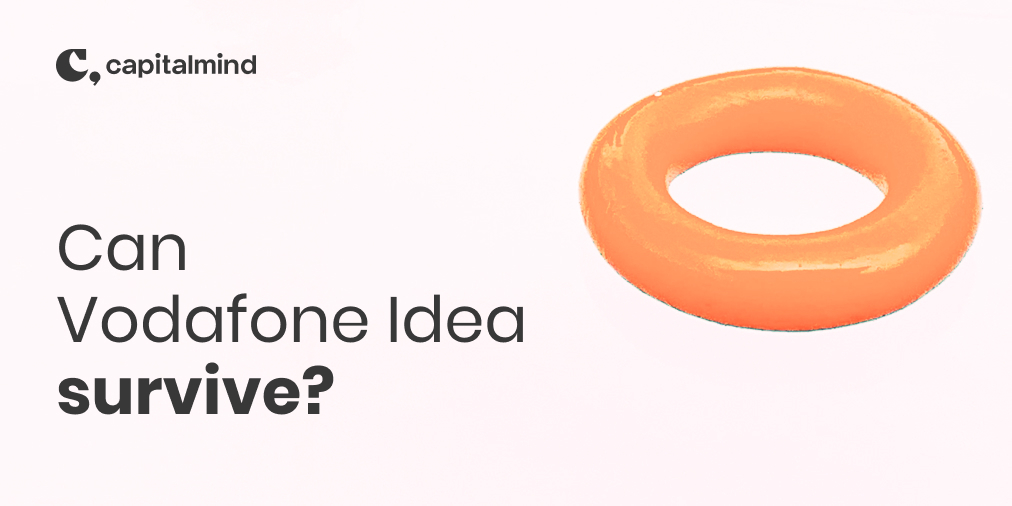 We wrote about the impact how even the most favourable verdict from the Supreme Court in the AGR case will not make it easy for Vodafone Idea to survive: Can Vodafone Idea Survive?. Q4 results released late last night only serve to reinforce that point of view.

Vodafone Plc. and Aditya Birla Group controlled Vodafone Idea Ltd.’s liquidity condition has worsened, even after realising the benefits of tariff hike. The telecom operators’ cash flow is at stress, debt has inched higher and its cash balance is at an all-time low.

Among all this, its ability to continue as a “going concern” depends on external factors – 20 years installments to pay AGR dues and loan waivers.

In the March ended quarter, the company’s net debt increased by 9% compared to last quarter primarily due to cash burn. Its cash balance dropped to an all-time low of ₹ 2,480 crore. The cash burn is not only because of higher costs as compared to lower revenue but also due to payments related to past dues – AGR and one-time spectrum charges.

During the quarter, long term loans amounting to ₹ 14,276 crore were reclassified as short term as the company was not able to meet certain clauses that were not mentioned. This means that these loans which were payable over a longer tenure will now have to be paid by the company over the next 12 months. Along with this bank guarantees worth ₹ 12,845 crore is also due for expiry in the next 12 months.

In short, the company has to pay atleast ₹ 27,121 crore in FY21 to repay its debt and honour bank guarantees. The amount is nearly 90% of its market capitalisation and more than three times the cash flow it generated from operations in FY20.

The company also has the option to refinance the existing debt and guarantees.

Due to cash constraints, Vodafone Idea’s ability to invest in its network has been hampered. The company blamed lower capital expenditure on Covid-19, but the same seems unlikely as its peer – Bharti Airtel Ltd. – spent nearly four times (of what Vodafone Idea did) in the same time period. This significantly lower capital expenditure is one of the main reasons why the company has been able to hold on to its subscribers.

The revenue growth was also the lowest in the industry. Bharti Airtel’s India mobile business reported a revenue growth 16%, while that of Reliance Jio grew 6.5%.

In Q4, Vodafone Idea’s core EBITDA continued to remain negative. Core EBITDA is reported EBITDA adjusted for IND AS-116 adjustments, one-offs and merger benefits. During the quarter, there was a one-off related to manpower and network costs which boosted its EBITDA by ₹ 400 crore. Along with this the company also realised 100% of its merger synergies which again aided its operating profit.

The company yet again ended the quarter, with net loss of ₹ 11,644 crore partially also due to exceptional loss of ₹ 6,100 crore – ₹ 1,800 crore for AGR dues, ₹ 3,900 crore for one-time spectrum charges provision and rest is related to integration cost and accelerated depreciation. The company has now been reporting losses for the seventh consecutive quarter. For FY20, it has reported a net loss of ₹ 73,878 crore.

While Vodafone-Idea battles for survival, it’s rival and one-time close competitor, Bharti Airtel has seen steady improvement in its business outcomes and is poised to be a strong player in what increasingly looks like a duopoly. Read Bharti Airtel: Phoenix rising from the ashes [Premium]

Subscribe to Capitalmind Premium to get full access to all our research and portfolios. Use Coupon Code CMPOFF10 to get 10% off regular price on the Annual Plan.