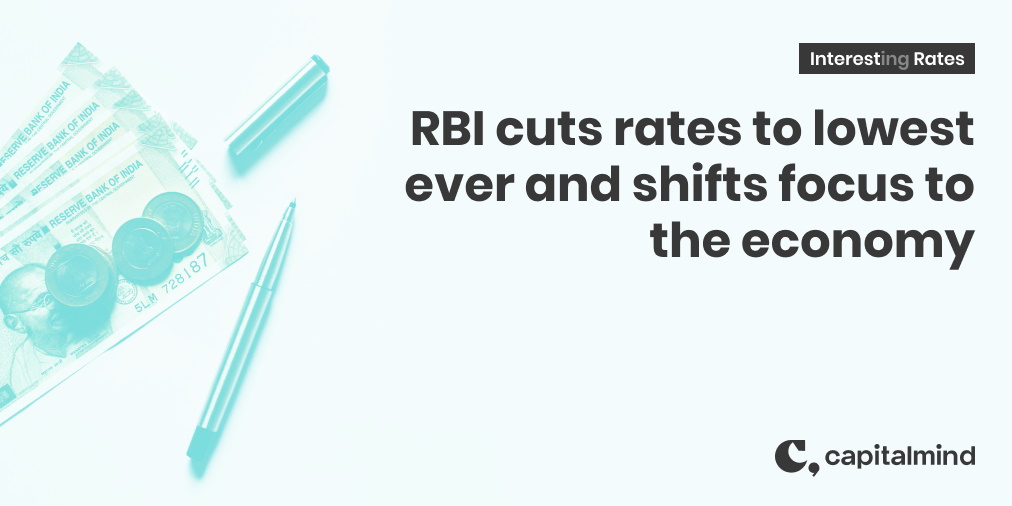 The RBI has now finally recognized that we could have a serious issue with Covid, in terms of the economy. Meaning: the economy could absolutely collapse if there is no large scale action. And they’ve done one thing: cutting interest rates by another 0.4%, to a record low of 4% repo rate. 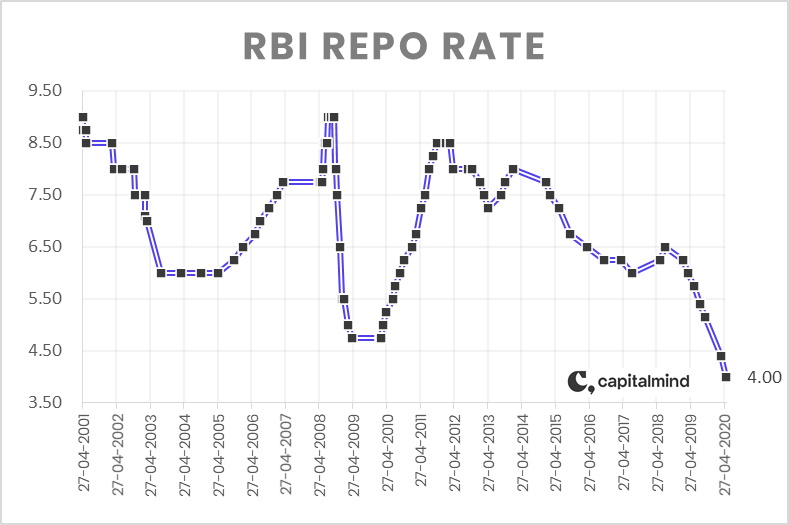 But what have they really said?

India’s In Horrible Shape, as is the world

The statement says this;

Domestic economic activity has been impacted severely by the lockdown which has extended over the past two months. High frequency indicators point to a collapse in demand beginning March 2020 across both urban and rural segments. Electricity consumption has plunged, while both investment activity and private consumption suffered precipitous declines, as reflected in the collapse in capital goods production and the large retrenchment in the output of consumer durables and non-durables in March. High frequency indicators of service sector activity such as passenger and commercial vehicle sales, domestic air passenger traffic and foreign tourist arrivals also experienced sizable contractions in March. The only silver lining was provided by agriculture, with the summer sowing of rice, pulses and oilseeds in the country progressing well, with total area sown under the current kharif season up by 43.5 per cent so far, and the rabi harvest promising to be a bumper as reflected in record procurement.

This doesn’t sound very good. And the whole world is going to be in recession. Which then begs the question: why are India’s interest rates so high?

Even with this rate cut it’s unlikely that borrowing rates in the real economy will fall meaningfully. No, really. No one is rushing to cut rates just yet, even if their costs (input deposit rates) are falling. But thankfully, the RBI is aware:

The MPC is of the view that the macroeconomic impact of the pandemic is turning out to be more severe than initially anticipated, and various sectors of the economy are experiencing acute stress. The impact of the shock has been compounded by the interaction of supply disruptions and demand compression. Beyond the destruction of economic and financial activity, livelihood and health are severely affected. Even as various measures initiated by the Government and the Reserve Bank work to mitigate the adverse impact of the pandemic on the economy, it is necessary to ease financial conditions further. This will facilitate the flow of funds at affordable rates and revive animal spirits. With the inflation outlook remaining benign as lockdown-related supply disruptions are mended, the policy space to address growth concerns needs to be used now rather than later to support the economy, even while maintaining headroom to back up the revival of activity when it takes hold.

Why is this new? The MPC mandate is not growth. It’s inflation. They just changed their mandate to protect the economy from dying, which I think is a smart thing to do.

Moratoriums Extended for Another Three Months

The RBI had allowed banks and NBFCs to allow their customers a three month “hiatus” on their loans. This is a cash flow measure only – the interest continues to accumulate and adds to the principal of the loans, which can then be paid back subsequently over a longer term.

Given that the moratorium was going to end on June 1 (for the payments of April, May and June), and the lockdown is still on at least in Mumbai, the moratorium period has been extended.

This means nothing for you people who can afford to do so: Please pay back on time. There is no reason to take this moratorium for you, because you will end up paying more later.

However, for NBFCs and banks lending to businesses and to SMEs, there will be a delay and potential NPAs as companies will find it difficult to get back to full business eventually. We should hope that banks rapidly cut their rates so that these businesses don’t turn into bad loans – but I’ll wait for you to stop laughing.

The 10 year bond is at 5.96%. The overnight repo is at 4%. This is a huge spread and the only way it will narrow is if the RBI goes in and aggressively buys bonds. This is not an MPC thing, so that decision will be separate. The RBI has already bought 160,000 cr. of government bonds in the last two months.

Perhaps what the RBI should do is to push for more new banks. None of the current banks are trying to lend at lower rates. A new set of lenders, with lower baggage, can help. Maybe upgrading the payment banks to full banks will be good.

Also, the RBI will have to create less friction for foreign investors in buying our debt (in rupees). Some steps have been taken but they are largely piecemeal (like increasing reinvestment timeframes from 3 months to 6 months). But we need more radical action.

However, the language in the MPC note is clear – they are willing to do a lot more.

So Will Markets Go Up?

Your gilt funds and many debt funds will see a jump in their values. In fact, going forward, debt might actually do very well as an asset class.

Stock markets have traditionally responded badly to rate cuts and today was no different, and banks dropped over 2.5%. If this measure works, it will reflect on the economy only after a while – so don’t expect a miracle.

Note: We have a Masterclass on Debt Funds tomorrow at 11 AM. Do sign up!