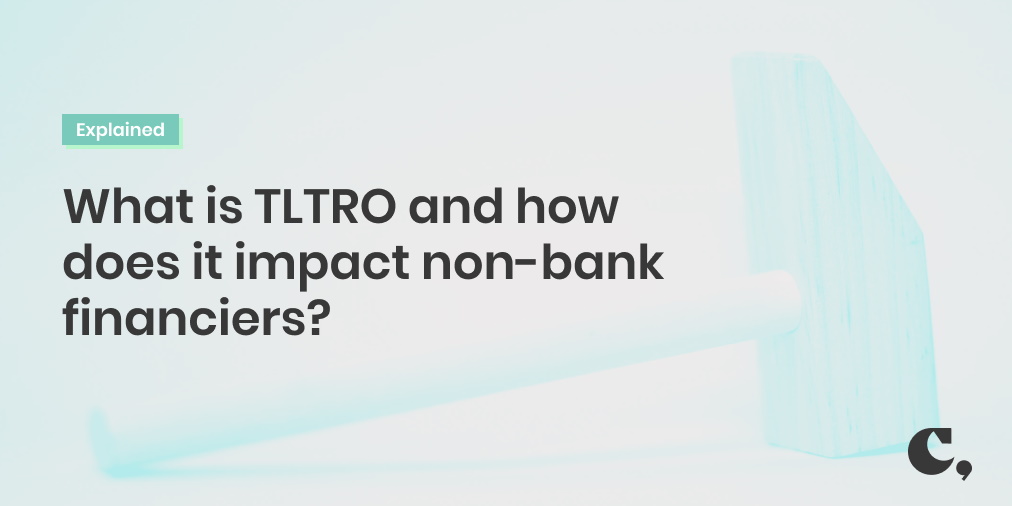 Non Banking Companies are struggling with the lockdown cutting into their cash flows – they have to give their customers a moratorium of three months (don’t pay now, pay the extra interest later). But the NBFC would have borrowed money, and they need to pay back on time. That hurts.

Stocks like Bajaj Finance, which has been darling of investors has fallen by 55% and there’s a beating up of others like Shriram Finance, Indiabulls, PEL, Muthoot, and Edelweiss.

To help them, RBI has started Targeted Long Term Repo Operations (TLTRO). We’ll go through this in some detail.

The Cashflow Problem for NBFCs

Many NBFCs lend to the informal sector, which has been hit the hardest. Others lend to semi-formal sectors, like loan against property, or as SME loans and so on. We’re going to see defaults or delays in payments from these customers, just as the lockdown and Covid fears keep businesses and employees from getting back to work.

In the near term, NBFCs will not see cashflow coming in. RBI has offered three month payment moratorium to all borrowers, even of NBFCs, which means many such people will not pay their monthly dues until after May.

Meanwhile, NBFCs themselves borrow money from banks, and from fixed deposits or bonds. Banks have refused to allow NBFCs any moratorium, and you can’t delay a fixed deposit or bond payment. So NBFCs, on one hand, get less money from people they have lent to, and still have to pay as much as they’ve borrowed.

So what’s the problem? Customers are not running away with money, they are only delaying it – interest for the intermediate period will be charged.

But bonds and banks have to be paid. Remember, the bond markets will require repayment on the same day as the maturity date of the bond, otherwise the bond is classified as defaulted. This can cause the company to be rated “D” which will destroy its capability to borrow more.

So let’s look at the data:

Below is the list of firms with respective maturities in next six months. 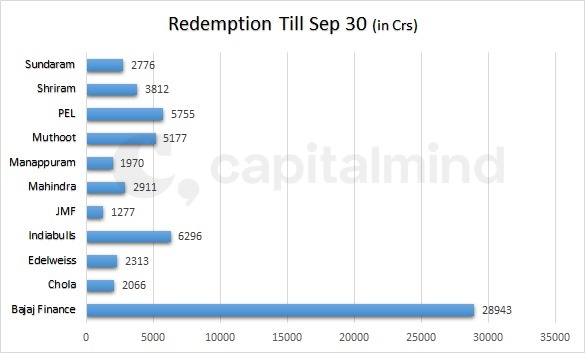 Between the above 11 group firms the amount maturing in next six months is roughly Rs 63,293 Crs. Bajaj Finance has maximum maturity coming up in next one month to the tune of Rs 28,943 Crs.

Now these companies will need to either pay from their cash reserves, or borrow more in the bond markets. The fear now is: who will buy their bonds?

The bond and money markets are hurting with major players such as mutual funds backing away, because of redemptions. Many mutual funds had to borrow money to repay their investors during redemptions. So they’re not a buyer in these markets – they are a seller. Who then will replace them?

The RBI doesn’t want this market to freeze, and it wants banks to fund the NBFCs. But how? In the past, when RBI gave banks money they just decided not to lend, or lend only to the government (buying T-Bills or government bonds). So there had to be something different.

It came up with the idea of Targeted Long Term Repo Operations (TLTRO). RBI cannot directly give money to these firms, so RBI lends it to the banks and in turn forces banks buy the bonds of these firms. Below is how the process works

Basically, these NBFCs or Corporates can issue new bonds, and those bonds will be bought by banks using the TLTRO money. NBFCs can then use the money to pay back existing bond obligations.

Banks get to profit but hold the risk. They have borrowed via TLTRO at approximately 4.4%. Now they will go and buy say Bajaj Finance bonds say at 7.4%. They will have locked profit of 300 bps (if held to maturity) – however if Bajaj Finance were to have trouble repaying, for any reason, the bank will hurt. RBI doesn’t guarantee the bonds.

So Banks have no guarantee that protects them from defaults. The TLTRO, first version, was doomed.

Banks have constricted their lending from last 3-4 quarters. They are scared.

What if they buy some bond and  tomorrow it defaults? So with the TLTRO the banks went and bought high rated bonds of corporates (like Reliance etc. which have otherwise very little trouble raising money anyhow). The funds given via TLTRO to banks was meant to deploy for firms which are facing severe liquidity issues and are unable to raise cash (primarily to NBFCs). Banks are banks, they just wanted to play safe.

So RBI has started a version 2 TLTRO and has asked the banks to specifically allocate to NBFCs.

So the idea here is to help NBFCs, that too the smaller ones with enough liquidity by earmarking certain percentage in the above quota.  Banks get upto 45 days’ time to deploy the post allocation of funds. Its interesting to see which NBFCs get enough attention.

Many have argued banks will not be able to find enough NBFCs within the small segment. For instance 15% (Rs 7,500 Cr) has been allocated to NBFCs with AUM below Rs 500 Cr. Assuming a NBFC with 500 Cr AUM requires Rs 250 Cr for meeting its liquidity expenses in near term. So if banks buys the whole Rs 250 Cr of each firm, than banks require to find 30 such entities (to deploy Rs 7,500 Cr) for which they can deploy the funds.

In reality, Numbers will be much higher, it might be 50+ firms. Finding 50+ firms which have investment grade bonds is difficult.

On the other hand large NBFCs have been given Rs 25,000 Cr allocation, which may not suffice all the needs of larger NBFCs, but then they should have some cash on their books to meet some obligations too.

How Does This Change the NBFC Landscape?

Which means banks may be able to buy roughly half the large NBFC requirements through the bond market. The rest would have to either come from other sources (bank loans, internal cash flows or selling bonds to retail or mutual funds)

Here’s a detail that’s subsidiary wise amounts coming up for redemption in the next 6 months. Below is the timeline of total debt maturities fortnightly across 11 group firms. 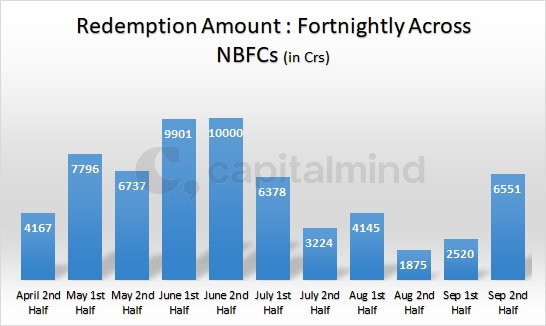 A 5,000 Cr+ NBFC (Bajaj, Shriram, even Manappuram will qualify) can get a maximum of Rs 12,500 Cr via the first TLTRO 2.o initiated by RBI. They could also participate in the TLTRO 1.0 as well of course.

More pertinent question here is: Will this be enough? A Bajaj Finance and another couple of firms together can gulp the whole Rs 12,500 Cr. The stronger NBFCs will be able to raise money via TLTRO and the weaker ones will again needs to squander for cash. Even the NBFCs which don’t have a specific requirement of cash at the moment will cease the opportunity and will try to raise  cash at lower interest rates.

At this point, though, the TLTRO has two objectives, as far as we can tell:

The problem is that there is no protection for defaults and banks will shy away from all but the best of the NBFC world, even if there are some temporary troubles. This fear of a default has kept banks away from even the strong NBFCs – remember, many of them have capital adequacy ratios of 18% or more. Mutual funds, after facing numerous issues with credit recently, are seeing redemptions and have also turned risk averse.

The NBFC world is divided between the strong and the weak (I won’t take names). This will help the strong companies which could have seen a shortage of capital. The weak will struggle unless they merge and find equity investors.

A capital starved NBFC world will see churn, but sometimes the lack of capital itself will cause a company to fold, even if it has good credit. The RBI action for TLTRO may be good to create some liquidity for some NBFCs, but the system itself is weak and it may eventually need the RBI itself to step up and take some of the risk. A simple rule can be: We’ll fund you Rs. 100 as debt if you can raise Rs. 50 as additional equity capital from the market. But for now, we have TLTROs.