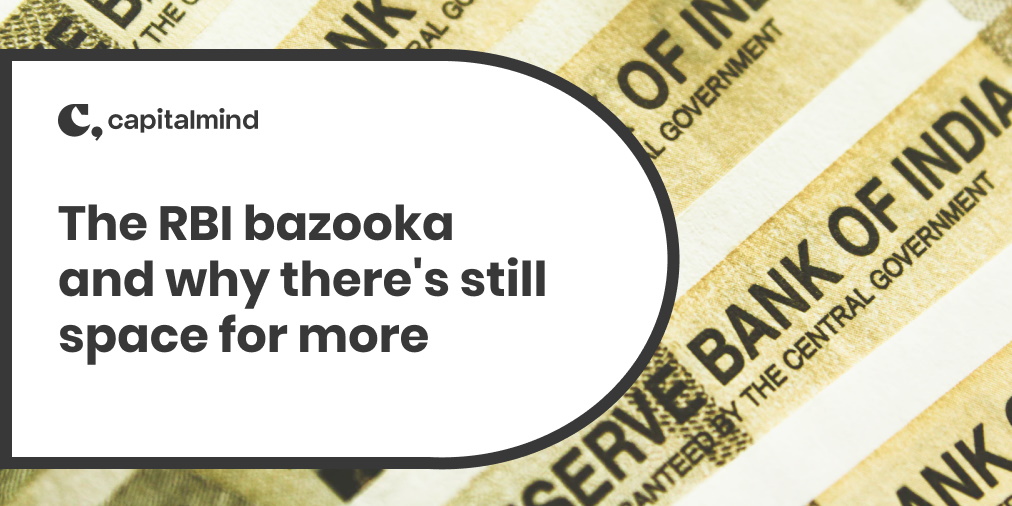 We’re going to call this the Day 2 Post for the Covid Lockdown, though it’s Day 3, we know. Working from home is like every day is a Sunday even when it’s not.

RBI has announced its policy earlier than usual and there’s a bunch of things it’s done to address the Coronavirus hit economy. 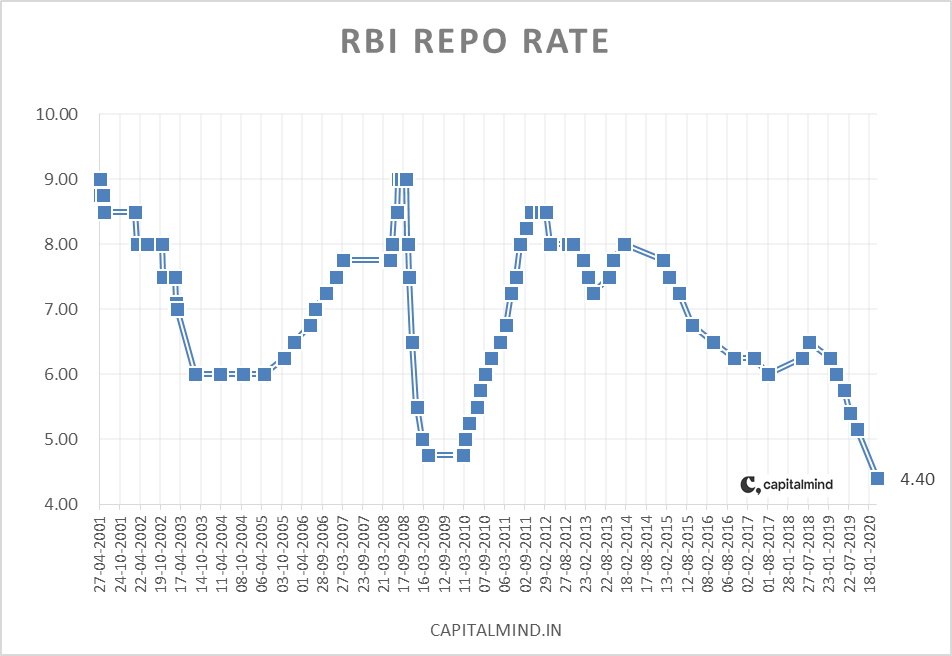 The quick explanation of rates are:

Why has the RBI cut rates? The idea is that if banks can borrow cheap from the RBI, the banks will then offer loans cheaper to the public or to corporates.

In reality, banks have not needed to borrow much from the RBI. They have instead been parking excess money with the RBI, to the tune of Rs. 300,000 cr. per day. This is big because it’s more than 2% of all deposits in the country.

Effectively, the interest that banks earn from the RBI falls from about 5% down to 4%.  That is now a savings deposit rate, so a bank will be forced to lend onwards to the economy instead of parking money back with the RBI.

You might think this is inflationary. I will point you to the madness in the world right now and tell you that demand has gone for a royal toss, and the only thing inflating nowadays are egos and conspiracy theories regarding the coronavirus. (Short answer: prices will drop.)

Will this help? Will it lower costs?

Of course. But not now. In the medium term. We have written much about it, but listen to our podcast on it:

Podcast: The Stubborn Cost of Capital in India

Basically rates in India are too high, given inflation.

But will banks lower rates? That’s a good question – it will only do so through competition. The largest Indian bank, State Bank of India, has now lowered benchmark linked rates by 0.75%, passing the full rate cut to borrowers. (Link) This should create an impact by having others do it too, after the lockdown is done. But for now, what it will do is:

So if anything, the new borrowing rates will practically hit the economy only after the lockdown. The big benefit will be for corporate borrowers who can negotiate lower loans now.

Deposit rates too have been cut by SBI already, including savings bank rates. This is sensible, and any new deposits will get much lower interest. This is fine. People who save should take risks and invest. The senior citizens have government schemes offering 8% and so on.

Every bank must maintain approximately 4% of deposits with the RBI as cash, called the Cash Reserve Ratio. That puts over 545,000 cr. with the RBI earning no interest. To release part of this into the economy, the RBI cut the CRR to 3% – this will release about 130,000 cr. from banks. (Banks typically borrow to retain this level of cash, now they won’t have to)

The CRR cut is for one more year. Then it goes back to 4%.

In addition, any bank must not ever have less than 90% of the CRR level at any time. Over a 14 day period though, it can be made up – so you could be at 90% of the level for a week, and then the next week have 110% – so you get some flexibility as a bank. But this is not enough, in a time of crisis, when people withdraw money regularly. So the RBI has allowed for a lower limit of 80% of this CRR till end June.

Banks can borrow up to 2% of their deposits, in the repo auctions from RBI. But if it needs more it has to pay more – a Marginal Standing Facility (MSF) is there, for another 2% of their deposits. It will be borrowed at a higher rate, of about 0.25% higher than current repo.

This MSF has now been expanded to 3% of deposits – which will allow banks to borrow 130,000 cr. more from the RBI if needed.

This measure will have NO impact. Banks have excess money and are parking excess money with the RBI – there is very little borrowing on MSF.

The TLTRO Saving Grace for the Bond Market

The bond market in India has nearly frozen. In our earlier post, we mentioned why. Now that is being addressed.

When people exit liquid or short term debt funds, they have to sell what they own. And recently the selling has seen no corresponding buyers. Which led to prices falling. And that led to a fall in NAVs of funds, after which there were more redemptions, and more selling. You get the drift.

Banks have so much excess money, but they don’t want to buy such bonds even if they are only 3 days from maturity. To encourage them, the RBI will do Targeted Long Term Repo Operations (TLTRO).

This has calmed money markets already and trades are in better shape.

EMIs on term loans – 3 month extension, but you have to pay interest

More on this later, but if you have a term loan and don’t pay the EMI for the next three months, RBI will allow the loans to be stretched out for three months longer than initially scheduled. Without needing to call this an NPA.

This needs a separate post. Short story: if you can afford it, pay it as usual.

Banks can trade the Rupee at Night

The USD-INR combination trades at foreign exchanges sometimes. Foreign banks can participate, but Indian banks could not. Now they can, if they want to. (From June 1)

This can be a game changer for a good set of banks. And also eventually allow us to free the rupee.

The big deal: A Bazooka

This is a good thing from the RBI. Especially easing rates, and reducing CRR. The loan moratorium will be useful. The calming of bond markets will finally take debt mutual funds back up.

The true amount of liquidity it will add is – Rs. 137,000 cr. in CRR, Rs. 100,000 cr. in TLTROs and some more because of the reverse repo being so low. The targeted lending to get corporates access to money at these times will also be helpful.

There is still a lot of room left:

We think this is a good idea, but a lot more can be done, and if the economy doesn’t recover fast enough, we will need them to be done.

For more insightful articles and equity and fixed income portfolio strategies, become a premium member today. Use Code RESET21 to get 21% off regular price if you sign up during the lockdown.