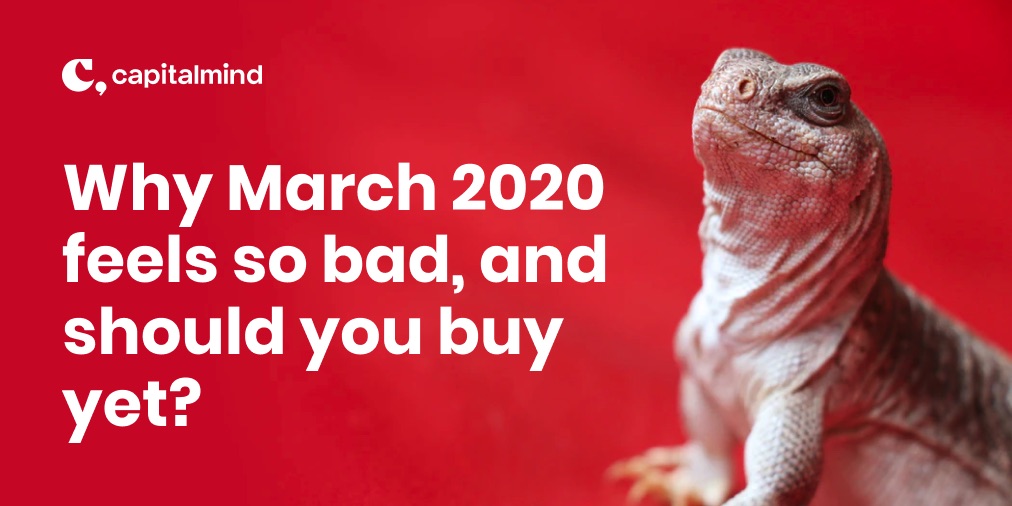 Is this the worst correction we’ve seen in India? Not just since 2008, but since forever? Not by a long way. The dot-com bubble collapse of 2000 and the 2008 financial crisis were much deeper falls from their respective peaks.

But there’s no denying that now feels particularly bad. I suspect there are two reasons:

Reason #1: We got used to markets playing nice

Chart shows drawdowns from peak and 1-year NIFTY rolling returns from 1996 to now. Notice the “size” of red spikes in the gray-shaded region until 2009. And since then. We’re just not used to markets being nasty to us anymore. Since the last crisis, central banks had apparently tamed the beast. 20% drawdowns became our worst-case scenarios.

So, the current fall from the peak of nearly 28% feels like the world is falling apart.

But there’s more to it than that.

There have been 17 corrections since 1996. Note I’m defining correction as a down move that took 1-year trailing returns below -10% at some stage of the move. A generous definition of “correction” if you think about it.

By that metric, the current move qualified on 6th March. Yes, as unbelievable as it seems, until 5th March, NIFTY 1-year returns were positive.

Chart shows how those corrections compare day-to-day from the time they first go negative.

The red line is the current correction plotted against how past corrections did at the same stage. 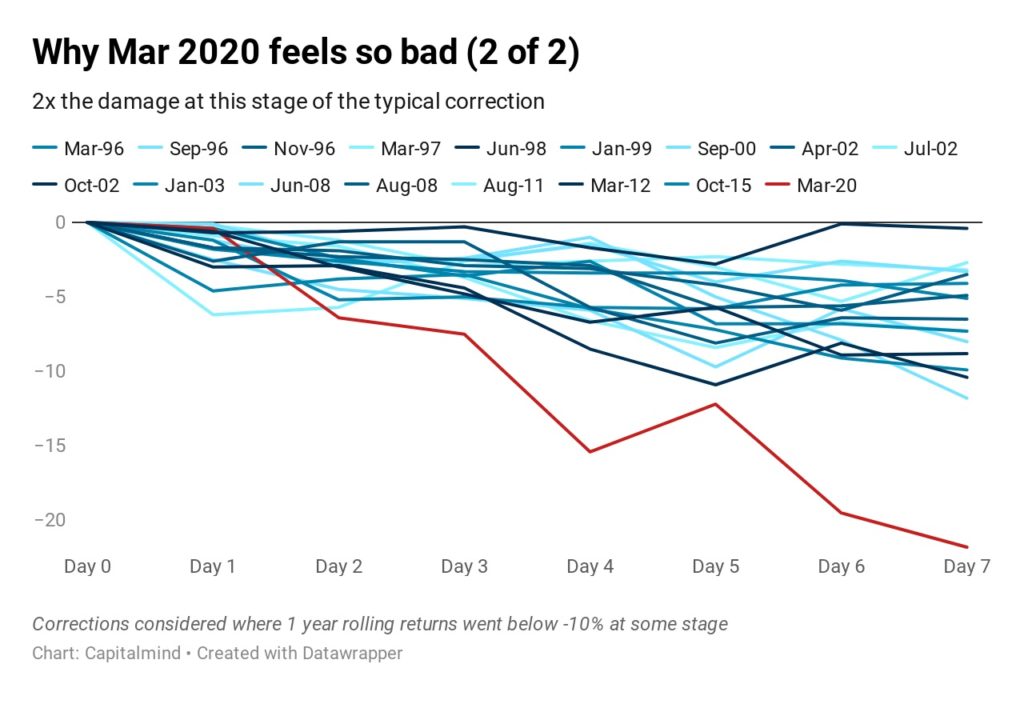 So yes, investors in 2020 do have some bragging rights about being in the middle (or is it start?) of one of the most savage corrections since forever.

Then surely, it’s time to buy?

And if not after a nearly 30% correction from the peak, then when else?

Fair value is a funny thing. A stock that has willing buyers at one price will sometimes have only sellers at half that price, just change a couple of assumptions in the narrative. This could be a short sharp correction that reverses track very quickly. In that case, we should be buying stocks by the bucketful.

But the past says corrections are rarely that short-lived. Remember a lot of those corrections had no real triggers other than a feeling that the markets were over-valued. 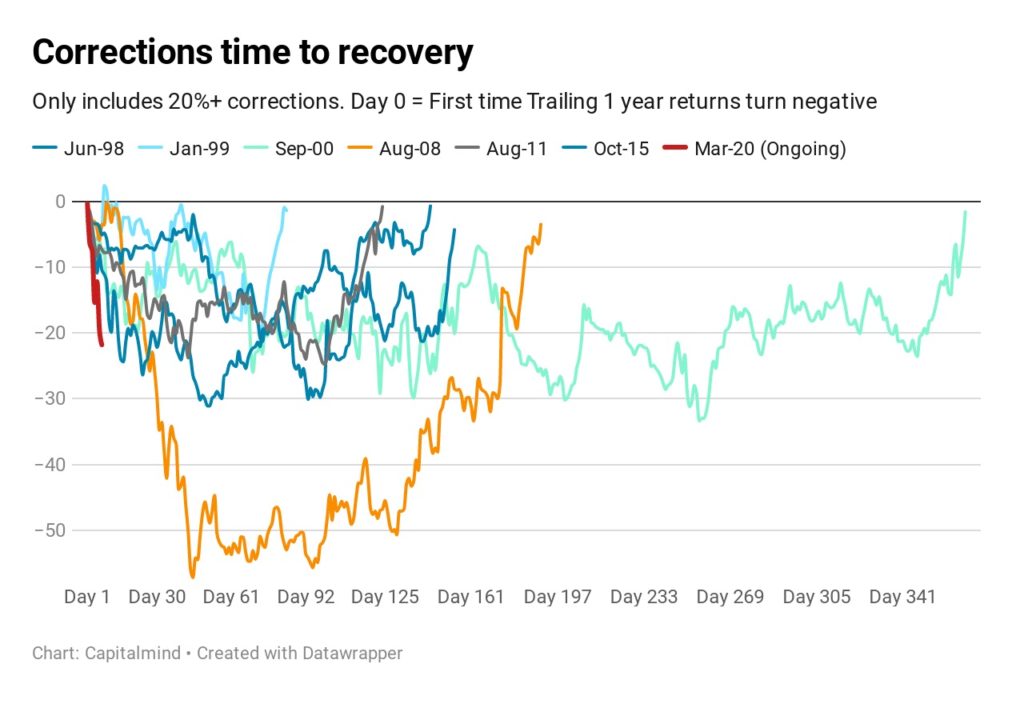 This time we have reasons that suggest the real economy is going to go through some pain over the next few quarters.

While a few of the worst past corrections felt “like being made to sit on top of an ant-hill” (quoting one of our premium members), this one so far has felt like being hit by a sledgehammer.

But that’s not to say that we can get right up and be on our way.

Everything about the idea of wading in to buy as stocks hit lower circuits is right out of the Graham “Mr. Market” playbook. And it’s not wrong. It’s wrong only if you expect to have found the bottom.

These are interesting times. Stay Calm.

Our Long Term Portfolio is accumulating selectively while our Momentum Portfolio moved to cash and gold in early March. Our recorded webinar for our Premium members on ‘Surviving the Panic‘. Join the conversation on Capitalmind Premium.