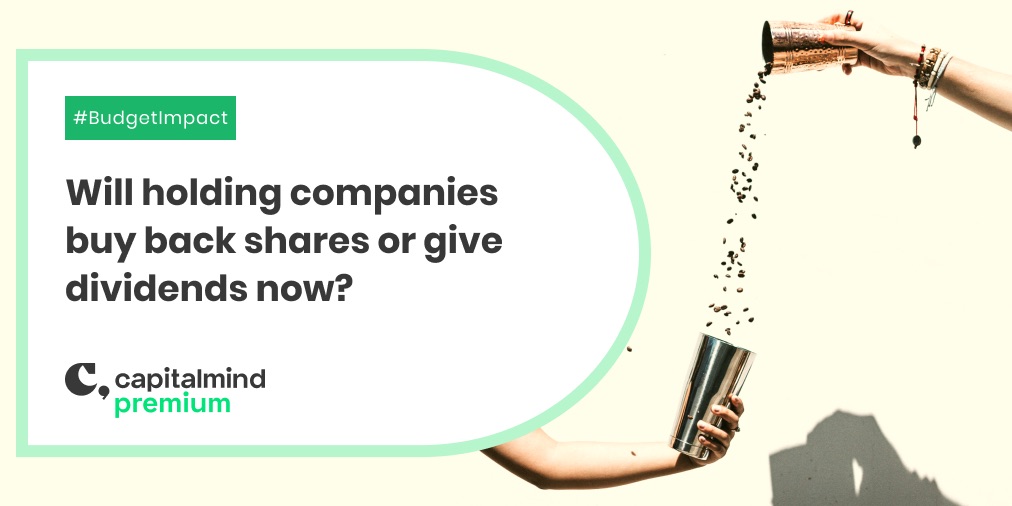 Budget 2020 said dividends will be taxed after April 2020. One particular set of companies deserves a deeper look. Holding Companies.

Note: Thanks to alert reader Nimish Unadkat, we have updated the article for buyback implications.

Dividends are taxed in multiple ways.

Now, steps 2 and 3 have been changed. From April 2020, there will be no dividend distribution tax. All dividends are taxed in the hands of shareholders. See our post on What no DDT means to investors.

What if your shareholder was a company itself?

And what if you own shares of this “holding” company?

Let’s try and unwind this.

In case the dividend-paying firm is a holding company, taxation changes from April 2020.

There are many listed holding companies in India.

Holdings firms are used for investments and receive capital gains in return (In most cases holding companies doesn’t sell their investments in promoter firms) and get regular dividends. In the usual scenario, dividends make up most of the holding companys income.

Tata investments has a very good dividend-paying history. With the new tax changes they might choose to give dividends or do buybacks (or both!). Let’s see how the situation works for them.

How Does Budget 2020 Affect Holding Companies?

We will take a use case considering Tata Investments last year consolidated results. 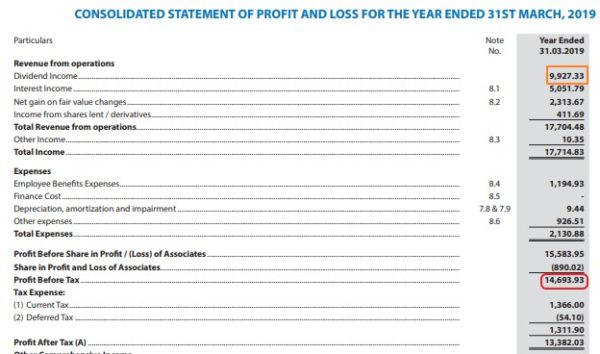 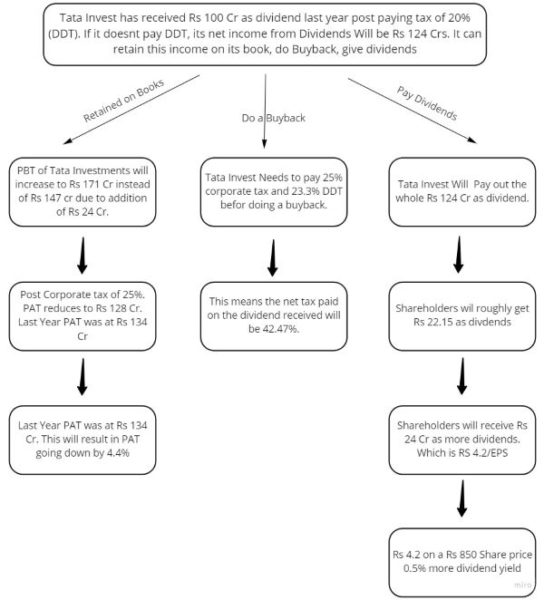 In earlier instances Tata Invest would have received dividends post 20% tax. Now as the dividends from investments are distributed without tax, Tata Invest will actually make 124 cr. from dividends, roughly about 25 cr. more.

So if the company chooses to retain dividends received, and not distribute further, it will actually see Earnings DROP from current levels. (Even though revenues will go up)

Scenario 2: Dividends Are Used to Do Buybacks

If Buybacks are to take place, then the dividends received should first pay normal corporate taxes at 25% (Tata invest is paying tax at 21%, so we will take it at that) to get them on the books.

Then there is a buyback tax of 20% on the difference between issue price and buyback price. In addition, investors pay capital gains tax (long term grandfathered to Jan 31st 2018 Price).

So 25% corporate tax and 20% buyback tax (plus surcharge and cess) on the post tax distributable income. That is 42.47% tax on the dividend received by the shareholder.

Note that due to a part of the income tax changes in 2019, capital gains on buybacks will not be taxed. (This part has been changed in this post)

Effective taxation on the buyback for investors will be at 42.47%.

Taxation is a hiccup, but post buyback the EPS will shoot up owing to lower number of shares due to buyback.

Scenario 3: Dividends Are Distributed Among Shareholders

Budget 2020 states that if dividends are distributed among shareholders, shareholders need to pay tax according to their slabs.

Which Is The Better Way To Do It?

In an ideal case scenario retaining on the books is the most preferred option as Tata invest would be paying only 25% (they are paying 21%) tax on the dividend received. The problem here is Tata Invest doesn’t want to retain the profit on its book. The whole idea of getting this firm is to form a placeholder that will give consistent returns. Tata Invest already has Rs 10,000 Cr worth of investments, It doesn’t want to invest that much more.

The next option is to pay dividend. Retail holders (below 30% income tax slab) will be happy. But they are not the ones with major voting powers. Promoters who own substantial chunk (73.38%) of Tata Invest are the ones calling the shots. For promoters, any income above Rs 5 Crs will be taxed at 42.7%. For them, dividends don’t make sense after April.

Buyback – even with all the trouble, promoter will be paying 41.53% tax (promoters are long term holder) on the buyback amount done. And in fact the company’s EPS gets a boost too.

When Will Paying Dividends Be Better?

In this case the arbitrage goes away. If they pay taxes at 21% (which they currently are doing), then tax rate falls below 40% . Firms like Bajaj Holdings which pay the normal 35% (earlier, now 25%) will be at a loss if they do buybacks.

For Tata Investments, the decision will have to be based on one thing: does the promoter (the Tata entities) want to pay tax? In which case, dividends are likely. If not, they might still do a buyback, which would give them just as much, with a marginally lower tax impact.

So What’s Going To Happen?

Effectively, there is going to be more income earned by holding companies as dividend. If they hold the cash, they’ll pay tax (25%) on it from April.

If they pay out the earned money as dividend, their shareholders get taxed on that money, which can be as high as 42.7%.

In general, we should continue to expect dividends paid from these companies, and in many cases, higher dividends since the taxation will be in the hands of the shareholders. But in rare cases, we will see continued buybacks where the math makes sense.

Disclosure: Capitalmind has recommended Tata Investments as part of some of its portfolios.