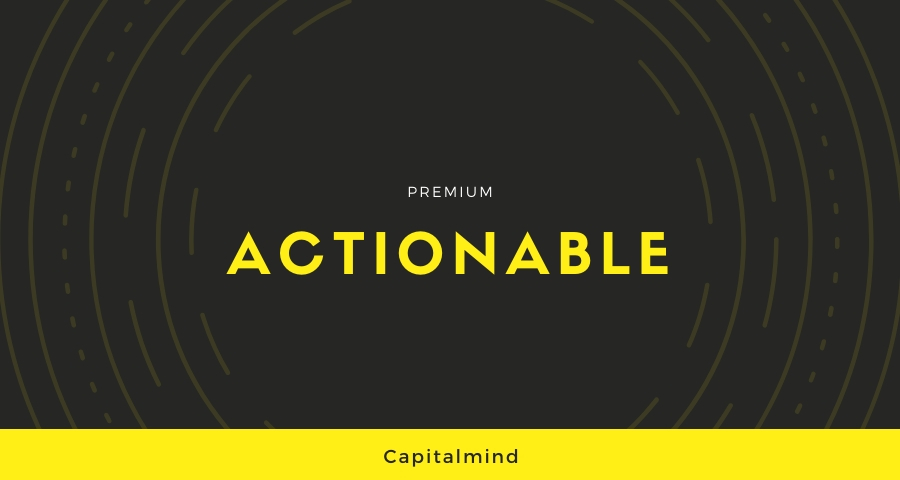 Update, 11 July 2020: We exit this trade with Vodafone Idea paying Franklin in full, and the trade nets a return of 5% in 6 days. (Read the closing post)

Franklin Templeton UST has recently announced that it will be taking a full hit on its Vodafone Idea exposure owing to concerns with its financial health. Franklin UST has a 4.27% (Rs 722 Cr according to Dec 31st 2019 portfolio) exposure to Vodafone Idea debt and that will be effectively marked down to zero. What makes it interesting is Franklin Templeton UST has not done side pocketing. Because you can’t do a side pocketing unless rating agency confirms the firm has defaulted. And Vodafone Idea till now has not defaulted. This provides an interesting opportunity, where on the upside you make 4% and downside you lose nothing.

Note: This strategy is suitable for investors with risk appetite. If you are not comfortable investing in debt funds, please refrain from the strategy.

Upside of 4%, Downside of losing nothing

Action to be taken

How Much Will I Make?

The answer is binary. You make either 4.27% or nothing. If Vodafone is going to pay back the bond, then it must do it in full, it can’t say I will pay half and will pay the remaining half later. If it does that then it is going to be classified as default. Then why pay full rather than pay nothing.

In case it defaults, then we can’t expect the money to be paid back soon. It will undergo the bankruptcy process and might take more than one year to see the payments happening. And we might not see a full payment coming in post-bankruptcy proceedings. As everyone will be taking a haircut. What’s for us to loose, whatever we get is a bonus even though it might be after three years.

What If Vodafone Idea Doesn’t Default on 23rd Jan?

Nothing changes. Your investment will be intact, and it will be a normal investment like any other investment in UST. The good thing is you are getting Franklin UST fund with zero exposure to Vodafone Idea. The only concern is it still has exposure to Edelweiss (4.9% of its AUM), which has been caught with cross hairs with enforcement Directorate. We don’t see any action happening in Edelweiss anytime soon (at least for next a month or so).

What are the chances of Vodafone Idea Paying Back The Franklin UST Bond?

Honestly, we don’t know. The only comfort here is

This doesn’t mean in any sense that Vodafone will not default, its just increases the probability.

You have 50% chances of making some neat 4% returns on your 5 days of investment and zero probability of seeing a loss.

To get a clear idea of what went wrong with Vodafone Idea, read our article titled “Vodafone Idea – The Potential Hit to Mutual Funds Due To The Supreme Court Ruling”

If Vodafone pays the AGR dues on 23rd Jan it might survive the day, but will be left with little cash to honour its debt commitments. If it doesn’t pay, rating firms will term it as a default. Then all the funds holding Vodafone Idea will need to mark down to zero and segregate for Side pocketing.

To understand what side pocketing is, read the article titled “What is this DHFL Default and Debt Mutual Funds Crashing”

Update, 11 July 2019: We exit this trade with Vodafone Idea paying Franklin in full, and the trade nets a return of 5% in 6 days. (Read the closing post)