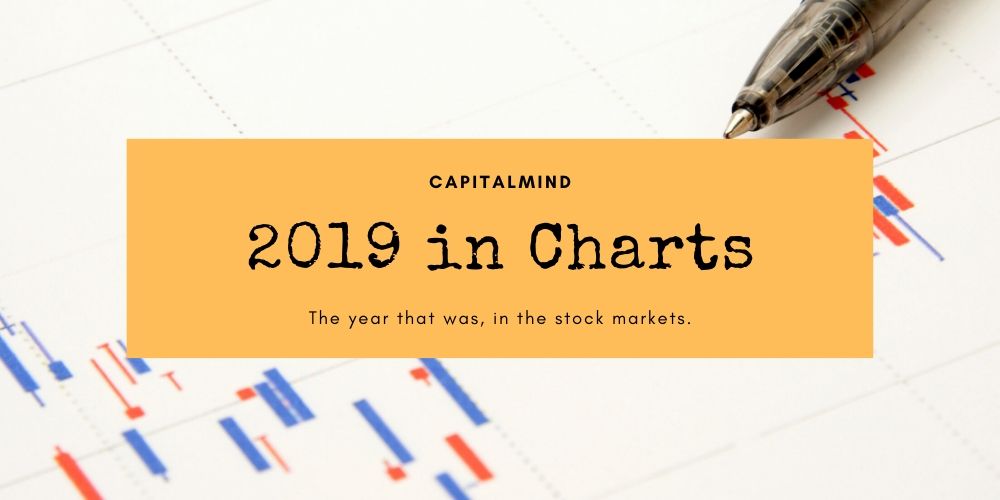 The calendar Year 2019 has been a tumultous one. The year started from a lot of skepticism from the NBFC crisis. And then, Rising Bond Yields, Lok Sabha Elections, Auto Sector Slowdown, Trade War, Corporate tax rate cut, Bank Mergers, Brexit etc. These were the major factors that shaped markets of 2019.

The initial doubts on FPI surcharge in Final Budget 2019 in July put the brakes on the election outcome rally of nifty. When we almost thought Nifty has to drop, then the Finance Minister’s Corporate Tax Rate Cut by 10% put the lost momentum back in the Nifty. It’s since scaled new high’s putting aside the slowdown concerns. If we talk only about Nifty 50 (has given a 12% return for CY2019) and say economy is on path of revival, then we will be grossly wrong. The rally in stock market was more or less limited to Large Cap stocks (Nifty 50). If we see Nifty Next 50 index (returns of 1%), its the only other index which is positive apart from Nifty 50.

Nearly all other broad indexes, not containing the top 50 stocks, have given negative returns. One reason might be Corporate rate tax cut’s maximum benefit is to larger firms as they pay higher taxes.

Midcap and Smallcap firms have faced the brunt and are still getting beaten down. This might give a clearer indication that all is not well at the ground level. Still investors are iffy in picking small and midcap stocks unlike in bull markets.

If we see the markets sectorally, Nifty Financial Services (24.8%) is one of the best performing, followed by Nifty Realty (22.9%), Nifty Bank (17.9%), Nifty Private Bank (15.9%) and Nifty IT (9.2%). Nifty Media which was over hyped due to election spending saw a sharp correction. Nifty PSU Banks have overcome the NPA issues, but now they have other concerns, bank mergers and advance growth. Nifty Auto has been plagued by multiple issues starting from BSVI implementation, insurance costs, slowdown etc.

Stocks are always known to make or break an investor.  The calendar year 2019 saw only 9 stocks giving 2x returns and only one of them going above 200%. Unlike last year, where carbon stocks gave more than 3x returns and in 2017 sugar stocks were the star performers.

On the downside, stocks like Cox and Kings, Talwalkars and Reliance Capital wiped out nearly all of the market capitalization of the firm. 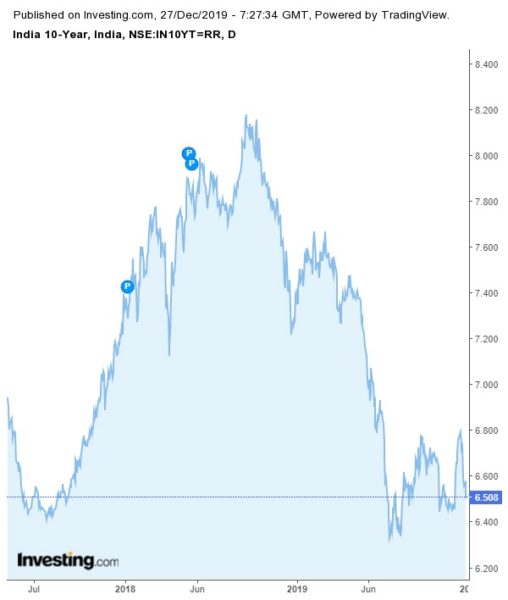 Lot of firms defaulted in debt markets (Anil Ambani Group, DHFL, Altico Capital, Jet Airways etc ) this year. According to a Bloomberg report the net default for the current year is to the tune of  Rs 7,600 Crs and another Rs 1.21 lakh Cr equivalent of debt has come under stress due to missed/delayed payments.

These events have not stopped new NCD  issues. This year alone firms raised Rs 15,600 Cr via public issues. Last calendar year the number was higher at Rs 30,700 Cr (Out of which nearly 11,000 Cr was raised by DHFL )

Gold finally came out of the woods and shined this year. Increased trade tensions between US and China shot up the gold prices. Gold Price shot up by 25% from June 2019 to August 2019.  The prices have stayed put at Rs 3800/gram. (One reason for this is also an increased import duty on Gold in the budget, which provides a fillip to the gold price for parity)

Indian markets have been good at the start of calendar year owing to elections. US China trade war reached its peak in Aug 2019, hence money flowing out to safer markets. This was also coupled with ambiguity in FPI taxation in budget led to higher outflow leading to rupee fall.

The recent election in UK, which has given a thumping majority for Conservative party to take finalize the Brexit deal at the earliest has led the pound rallying.

The calendar year started with a second lowest combined inflation for the month Jan 2019 at  1.97%(earlier was in Jun 2017 at 1.46%). Jan 2019 also was the month of lowest CPI inflation for rural class. Post then interest rate has been cut multiple times triggering inflation. Lower interest rates coupled with rising food prices have triggered the much needed inflation. In November 2019 itself vegetable inflation (combined) was at 35.99% and pulses and products at 13.94%.

Index of industrial production has been down by 3.84% Yoy for Oct -2019. September saw the sharpest fall in last 80 months. The fall in industrial production was led by the slowdown in automobile sector. Auto firms have lately cut their production and are trying to wind up teh inventory to prepare for BS VI implementation for April 2020.

The economy’s slowing. The stock markets are near all time highs. This conundrum will continue until it suddenly does not. Let’s hope it happens that the economy recovers and narrows the gap, because growth washes away all valuation sins.

Note: We have a special FLASH offer till January 5 2020, for Capitalmind Premium. Use code NEWYEAR2020 to buy at a 25% discount now!