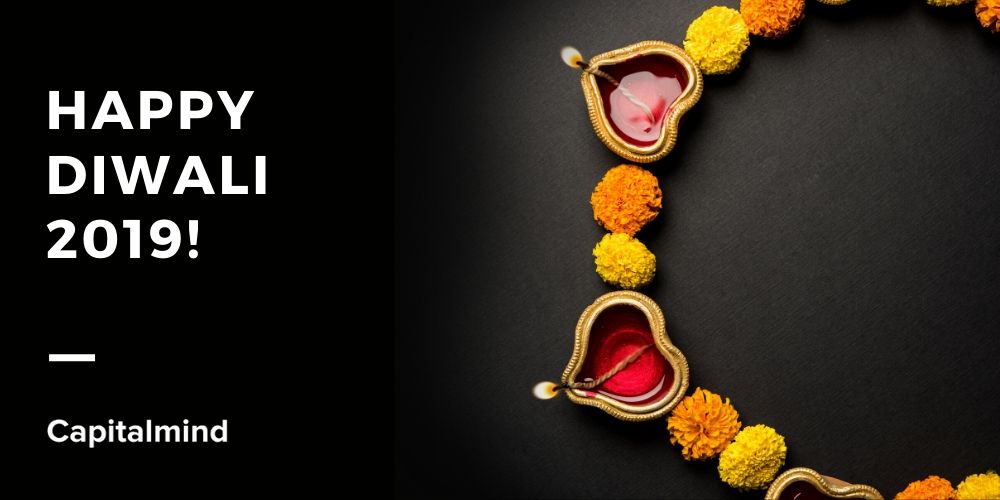 It’s Diwali time again! Wish you and yours a wonderful Diwali 2019, and hope the year brings prosperity and wealth!

It’s also time for the annual game of predictions as well. Last time, we said a bunch of things, how did they pan out?

Speaking macro – the US markets are likely to see the benefit of economic growth but will slow towards the middle of next year as interest rate hikes take their toll.

The US did see the slowing and then held off on rate hikes, and after some serious twitter whining by Donald Trump, eventually cut rates and introduced a quasi-QE recently. (Read here about how they’ll do about $280 billion of repos) So I’ll count this as a +1.

A geopolitical problem will come and batter markets somewhat, and this is unlikely to be from India or the US. Possibly Europe, or Japan.

There are some geopolitical issues, but nothing that’s battered markets even somewhat. The issues have been with China-Hong Kong, which has hurt the HK market but not elsewhere. The situation in Turkey/Syria and the recent killing of Baghdadi are quite important, but not in markets. There is political unrest in Chile, Venezuela and Haiti, and there’s the whole drama around Brexit, but it hasn’t yet hurt the world markets. So -1.

India’s economy will recover but markets will be volatile until election spending kicks in. There will be a lot of drama and it may be useful to buy media companies, perhaps!

The economy hasn’t recovered – it’s still in a slowdown and it’s probably getting worse. There was a lot of drama, markets have been volatile, and no, it has been horrible to buy media companies!

Zee has fallen 50% in the year (though that wasn’t a media problem). So have DB Corp, Jagran, Network18, TV Today and so on.

The NBFC crisis will be done and dusted by March, but there will be some points of extreme fear and some of the companies will be acquired or merged with others.

Haha. Only banks have been merged, and Gruh has merged with Bandhan Bank but of course it wasn’t a troubled NBFC. So this was perhaps a little too early. -1.

Corporate banks and lending will see a big revival. Corporates have deleveraged and over some time, they will have enough room to borrow more.

There is a pretty big revival in corporate banks like Axis and ICICI, but corp lending remains subdued. Banks that lent to real estate developers (Yes bank for example) are in a spot, and others like PMC Bank, which fraudulently lent too much to real estate, are in serious trouble. Corporate lending itself had actually seen a revival but not by much.

The Indian retail investor will return towards the middle of next year, and be a larger driving force than foreign investors for Indian stocks. But this will show up mostly in larger cap stocks, and midcaps/smallcaps still have a while to recover.

This has been true. Between April to September 2019, SIP investors (nearly all retail) have added more than 49,000 cr. rupees to markets. This is inspite of foreign investors exiting markets during this time. And indeed, the large cap/mid cap dichotomy has continued, with large caps doing much better than midcaps.

In the middle of 2019, RBI will start on the rate cutting cycle, as inflation remains low.

The end score: everyone wins!

At Capitalmind we have seen a few changes!

Now for this year

Let’s make some predictions for the year to come:

Let’s see where those go next year!

At Capitalmind we are making a few changes:

Capitalmind Plan (https://plan.capitalmindwealth.com) will see a major makeover. You will be able to build your own plans, save them, review them and even buy funds directly from us over the next year. The platform will be absolutely huge, and will help you build a simpler thought process for your longer term goals.

The focus for Capitalmind is to be a better advisor, helper and guide. In Capitalmind Wealth, we run a portfolio management service, which is geared towards low cost goal based automated allocation to stocks and fixed income. We will bring this to people who aren’t covered by the Rs. 25 lakh minimum that SEBI requires of PMS providers, into a mutual fund based, research backed portfolio for equity and debt allocations, fully automated through our tools! We’ll have this and much more!