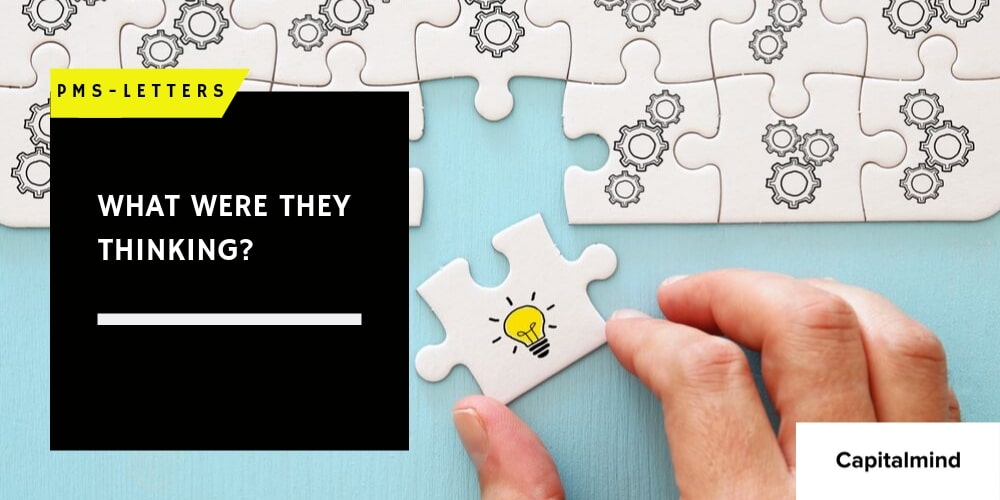 In 1949, Egaz Moniz won the Nobel prize for inventing the lobotomy. This is a process in which they drill holes into your skull, put a steel needle in and move it from side to side to sever the connections between the front part of the brain to the rest of it. It was used to “cure” mental disorders, and it did help a few people – but in the end it was shunned after they found that way too many patients ended up socially impaired, or much much worse.

Lobotomy was actually considered a good thing at some point. We know now, of course, that it’s a very bad idea to do something like this, and the question goes: “What were they thinking?”

In the mid 1900s, there were advertisements like this: 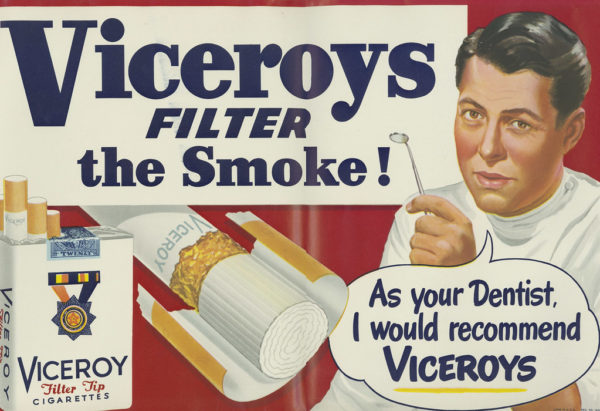 It’s sacrilege now to have a doctor endorse cigarettes. They cause cancer, which we know about, and the smoke can given even another person cancer, even if they don’t smoke. But back then the ads were legal, and many doctors even recommended smoking as a good thing.

How is it possible to inhale smoke of any sort and for it to be perfectly fine? What were they thinking?

In the 80s and 90s, we were told that fat is bad. Stay away from fat. Don’t use ghee. Avoid butter. It’s fat and cholesterol and all that. Now it’s slowly coming to light that there’s no problem with ingested fat or cholesterol by themselves – in fact the problem is in carbohydrates. So, in a butter masala dosa, the problem in the 1980s was the butter. In 2019, the butter’s fine, the masala and the dosa are the problem.

In 2007, the Intergovernmental Panel on Climate Change (IPCC) even told us the Himalayas would lose all glaciers by 2035. There was a retraction many years later, but the damage was done because it was a claim reiterated four times.

And what you don’t know can be the truth, and the exact opposite of what you know.

Why is this in a Capitalmind Wealth letter? Because things change and things are changing as we speak. What we define today as clear market leaders may be the exact opposite many years later.

But things will change, and change fast. Think of restaurants. They kept telling you the success story was about location, location, location. Great food was a given, but good location was super important. The Zomato’s and Swiggy’s of India have changed all that. The idea is now about “eating in”. Order from home, or office, and get food delivered. This has created an entirely new model – a cloud kitchen that doesn’t need tables and chairs. Only order online and delivery boys will collect. The Netflix and Hotstar growth and availability of media on demand (versus waiting for a 9PM serial) has only amplified the value of “eating in”. Restaurants will have to adapt – create their own layer of cloud kitchens to compete, and offer a better experience where they are, or in fact reduce their dependency on the Zomato/Swiggy types by cultivating a direct customer base (to whom they can offer special “no-swiggy” discounts!).

This isn’t new of course. In Mumbai, they had Dabbawalas. A hotel or homemaker would cook food and put it in dabbas. A delivery system would ensure the food reached the right place. Everyone made money. It wasn’t glamorous, but it works. Swiggy and Zomato just brought it to the more expensive restaurants.

Amazon replaced Walmart as the stock-market retail chain of choice from two decades back. It was sacrilege to think people would give out their credit card information online. Now, for a cash back, people will even give you their income tax returns. What we think is right today will probably be considered clinically insane tomorrow. (“You mean you used to cook at home with a gas cylinder that could potentially explode? What were you thinking? Why didn’t you just order in?”)

If we believe that the past 20 years of India will be the same as the next 20 years, we are going to be grossly mistaken. It’s very difficult, in that context, to make investment decisions assuming that you can measure earnings forever. The only way is to shift your allegiance to the new regime as it becomes more popular. The largest winners in our portfolios seem to be indicative of that too – an NBFC that’s doing better than banks and a new-age tech company that also owns a stake in startups which are disrupting the old-timers.

There’s still a round of the Debt crisis remaining

Despite all the hoopla around the tax cuts, we believe there is a last round of the debt crisis still ahead of us. We expect this to play out in the next few months, but there’s good news this time – that the economy has softened and it’s looking like it’s starting to recover.

First, the good news. The current account deficit – think of it as total exports minus imports – is at only $14 billion in Q1, only about 2% of GDP and a very small number. Now, think of it another way: Of this, about $11 billion is only gold imports – so our deficit net of gold is just $3 billion – around Rs. 20,000 cr. which is really tiny. (Gold isn’t necessarily a current account import – it has value and if we allow exports, we might see numbers change)

Also vehicle sales have improved. Maruti’s car sales numbers were up 15% month on month – and this is during a month when car sales are traditionally lower due to “Shraadh”. In two wheelers, we saw Hero Motocorp do about 12% growth month-on-month too.

RBI has cut interest rates too, and nearly promised to cut more. We have maintained that India has very high real interest rates (what you pay minus inflation) in the last few years, and that’s hurting all sorts of investment. This month, we saw a cut in income taxes for corporates too.

We aren’t told this, but Q1 saw the highest FDI since 2016: $13 billion. And the second highest FDI in a quarter ever. More is coming – with startups now raising over $100 to $500 million each in India, even with what seems to be a slowdown.

The macro is not getting worse – and in the context of a slowdown, that’s a better thing.

But the bad news is that the debt cycle gets horrible for many players. We are now about 6 months away from a resolution in IL&FS, but the remaining baddies have now come to a tipping point. In banking, a cooperative bank called PMC Bank has now seen restrictions from withdrawals – only Rs. 25,000 is allowed to be withdrawn from any account. (The limit has been upped from Rs. 1,000 initially) This is a large bank with over 11,000 cr. in deposits and it turns out had lent a large portion of its money to just one company: HDIL.

As this evolves, a private bank, LVB, has been put into the PCA framework of the RBI. No restrictions on withdrawals, but once the RBI has done this with a cooperative bank, there is fear they can do it in other banks too. And why are the banks in trouble? Mostly due to exposure to real estate, which is in trouble because buyers don’t exist, despite all the government incentives to the sector. A number of them will go bust (or have gone bust) in the next few months, taking down a few lenders to them too – and some of these lenders are large public entities.

Like Lehman in 2008, they all believe that their real estate portfolio is sound – after all, they have so much land available as collateral. But when there are no buyers for land, it is not worth anything now. And unless you sell at a much much lower price, you won’t get a buyer – but that will depress the value of ALL land around it, so you can’t take that crazy step. Unless you are forced to. The only alternative is to create an entity which can buy this land and unfinished projects and have that funded by all the existing players – a “bad bank” of sorts, and I believe this might also happen in case of an extreme crisis. I think now we’re closer to the end-game, and the next few months will determine who survives and thrives.

The debt cycle will always end badly, but it will end before it starts to rise again. In India we are fortunate that this comes when interest rates worldwide are in the pits (in fact, negative in many countries). It allows us to lower rates without distorting our exchange rates, and it allows us a benefit in lower inflation worldwide. When we emerge out of it, we will end up much stronger than those countries, if we use this crisis for better reform.

The winners of tomorrow may not be the same as those that are winning today, and in every crisis the leadership will change. We have to find out who’ll do better in the next two decades, and it’s quite likely the answer isn’t one of the top list of today. The search continues!

We’re looking forward to opportunities in the next quarter. Wish you all a very happy Dussehra!