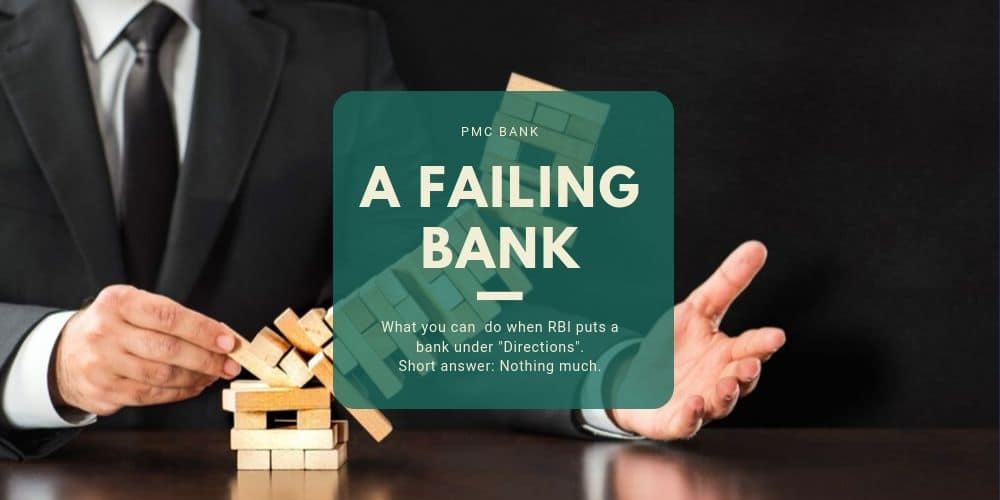 A co-operative bank by the name of Punjab and Maharashtra Cooperative Bank (PmcBank) is now in trouble. Here’s a simple look at the problem.

PMC Bank (See pmcbank.com) is a cooperative bank that is actually “scheduled” – in the sense  that it’s in the second schedule of the RBI. This bank has been growing to a point where it has some 11,000 cr. in deposits, about 8300 cr. in loans, and has all the stuff that regular banks have – Net banking, cheques, mobile app, and all that. But overnight, a few things have changed, for the worse.

Bank is placed under “Directions”

RBI has placed PMC Bank under Directions. Here is the press release. This is a concept where:

This is, RBI says, valid for six months. That means nothing, really.

How long can “directions” last?

A LONG time. As we have seen in another case, Rupee Cooperative Bank:

So yes, this can take a long long time.

Look how people are responding.

WTF is happening!! This is the last thing we want to happen to Banks! #pmcbank pic.twitter.com/VjBEOW7dId

Why is this happening?

Typically this is because there is too much NPA. Bad loans being too high can be a reason for the RBI to do such a thing. But look at the recent results, certified by the auditors : 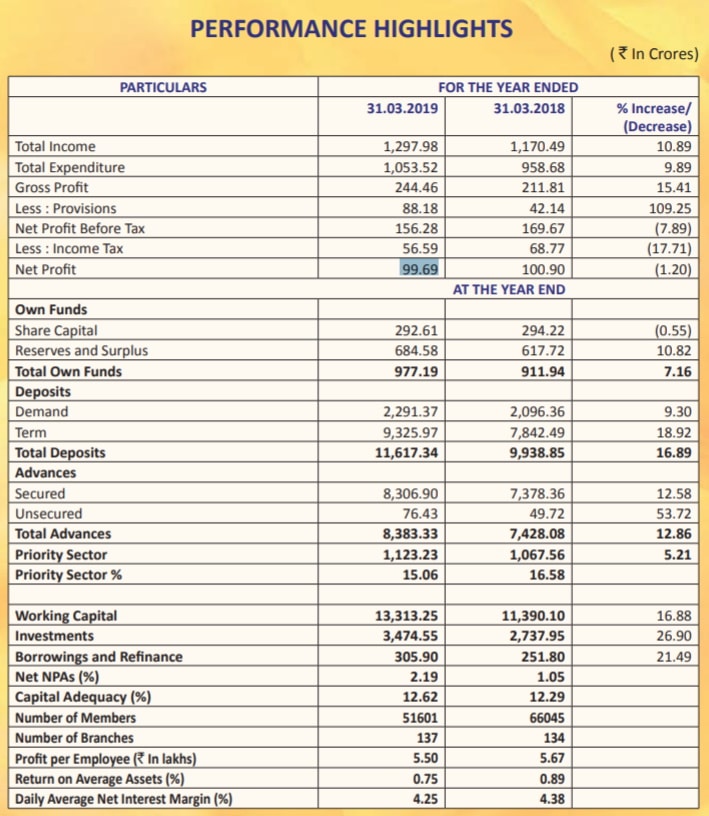 Which tells you a few things:

This doesn’t look so bad. But this is obviously wrong – there must be really bad stuff in there, either undeclared bad loans, or a fraud or both. We don’t know what it is, but this is a fairly large bank, so it’s a problem big enough for RBI to restrict withdrawals.

What kind of problems can there be?

We don’t know what it is. RBI isn’t saying much.

What should you do as a depositor?

Meanwhile, you can file a court case in an appropriate court, asking for relief and for your insurance to be provided. (More detail on the insurance piece later).

Also, take out any more money you have in other co-operative banks, if any. These are now unsafe banks because of the easy-go-lucky way RBI is handling such institutions. We simply cannot afford to have our hard earned money in something that RBI finds it easy to simply say you don’t get your money.

Finally, you will eventually see your money – or at least some of it – but it could take years. If the bank is merged with another bank, they might still pay all of your money back.

Another note: Please spread your money across multiple bank accounts. It’s really sad that I have to say this, but spreading the love adds to less damage in the head when things go wrong in one place.

RBI has a bank insurance company – DICGC. And yes, PMC Bank is a part of it. You can see the list here: (link)

If the bank is insured, then you are covered as a depositor upto Rs. 100,000. That means you will get Rs. 100,000 or your deposit amount (across your savings, current and fixed deposits added up together) which ever is lower.

But there’s a problem: This insurance will kick in only if the bank is liquidated. The bank is not being liquidated.

This is a horrible move by the RBI to not invoke insurance immediately, or at least say that it will be done within a month. Depositors have put large amounts of money in such banks – and PMC was certainly not a small tiny little bank. And to say that we have insurance, but we can still only get Rs. 1000 for the next six months is outrageous. What’s the point of insurance if it’s not available in a situation when the bank is in trouble?

If this is the case, every bank account holder should be worried, even in public sector banks, because the insurance is worthless. Yes, we’ll get some stupid excuse like “oh, this is only directions and we’ll do something in six months”. But that is not true – the Rupee coop bank example has taken 6.5 years and is still in limbo. We can’t be given excuses. RBI must invoke the insurance payout immediately – it can be settled against actual recovery when the bank gets its act together or is merged.

How Horrible is This?

If you are a depositor in the bank, this is really horrible news. You will have to wait a long time. You may have to wait years even to collect on your insurance.

If RBI doesn’t act now, it will have lost the faith of people in cooperative banks. It does such actions only with co-operative banks, which are less regulated otherwise. And thus, I believe you should not own deposits in co-operative banks. If you have money in any such bank, please plan to move them to banks that RBI treats better – even public sector banks.

Faith is an important part of banking. But RBI has shown scant regard for it – in fact, demonetization was a criminal breach of trust, where they said that the very notes they had issued were no longer valid.

Plus if you have a loan in such a bank, will you repay it? If the bank can refuse to pay depositors, why should a borrower return money, even if the borrower was returning it regularly so far? And then, what if you are a depositor that also has a loan – why will you bother returning the loan at all?

If RBI wants to rebuild the faith, it needs to help depositors get their fair share of money – at least to the extent of the money insured.

But why not do more? Take the government bonds owned – about Rs. 2,500 cr. worth – and sell them. That should provide around 20% to 25% of the total deposits. Then, repay 20% of all deposits immediately using this money.

This will provide even more faith in this system, as the bank tries to recover the rest of the loans given. But no matter what I say, none of the above steps to return depositors money will happen.

Oh yes, and what were the auditors doing? How are they getting away scot-free on this?

So, it’s better now to place your money into safer avenues, like other larger banks. In fact, nowadays, even equities are looking safer than such banks.

A quick thread on what to do if you own deposits in PMCBANK .

1) THe bank has been put under "directions". Meaning you can't withdraw more than Rs. 1000 from any account. This is something you should withdraw immediately anyhow. https://t.co/QCuBycE8lN