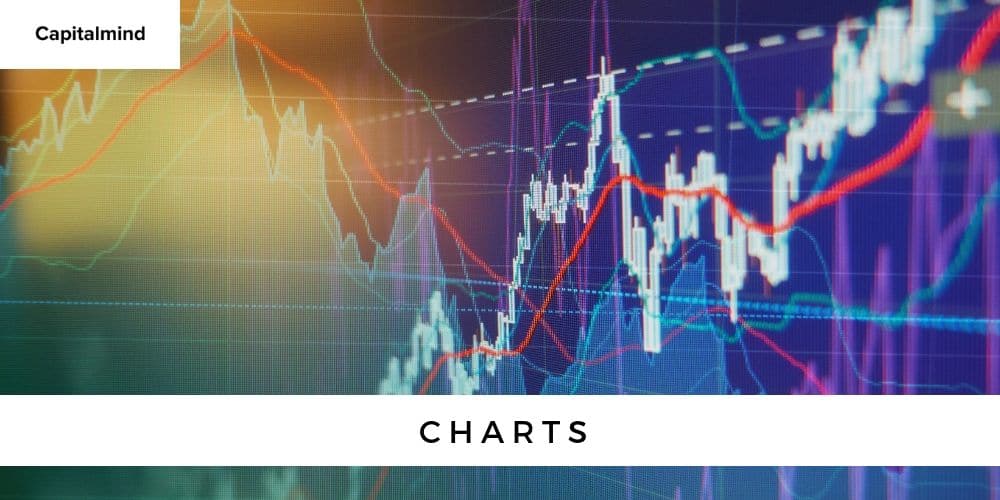 The Nifty has been in the doldrums recently but the whole month of August wasn’t quite that bad, down about 0.9%.  For the year we are still up 1.5% but today’s move down wiped out all those gains (not recorded in the image below).  And we’re entering September, which has seen negative returns for the last four years. 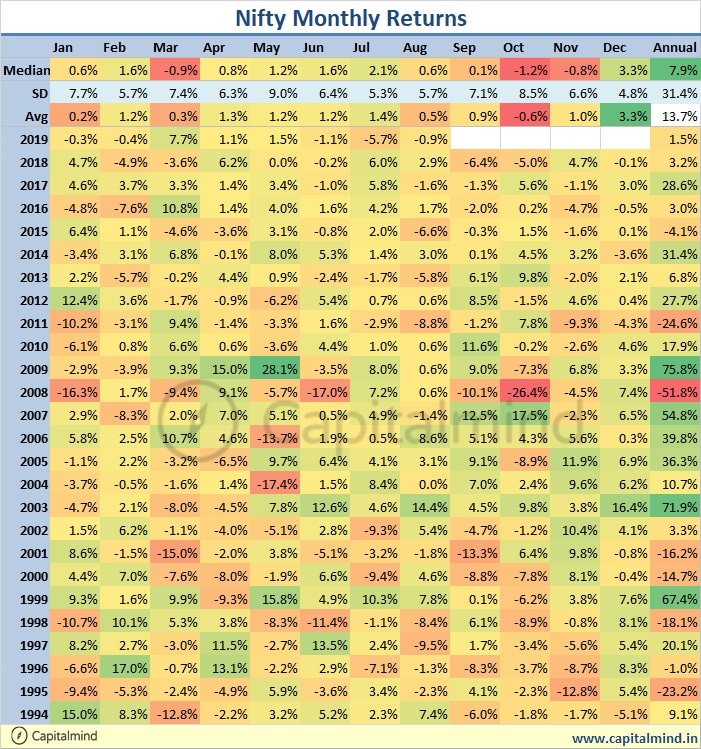 As long as we’re doing graphics, the next in line is the Nifty 500. The Broader Index which has done a bit badly, down 2% for 2019 till the end of August.

The Nifty is quite literally an anomaly- literally everything else is doing badly in comparison. September tends to be volatile – we have seen -14% returns in 2001 and more double digit percentage moves in the past. 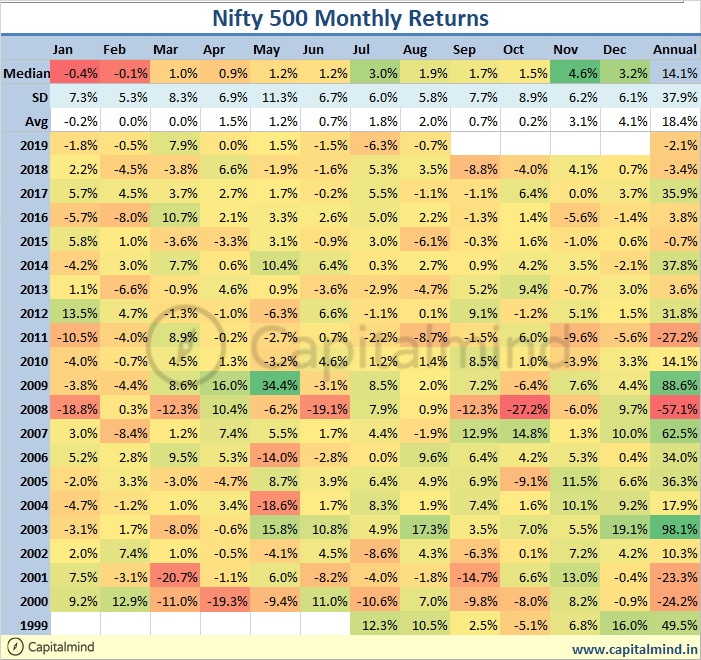 But the Nifty Next 50 Is Having It Rough

Or at least this chart will have you shudder. 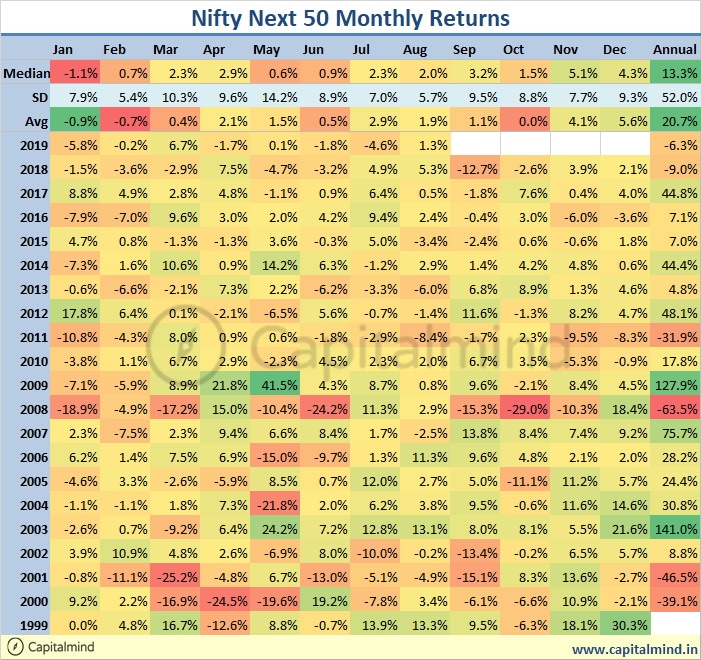 This index hasn’t seen two negative back to back years since 2001.

And we’re seeing it now.

Indeed a rough time for anyone in the stocks here, or in this index itself. But it’s proven to be a great performer in the past – and hopefully recover some of that glory in the coming years.