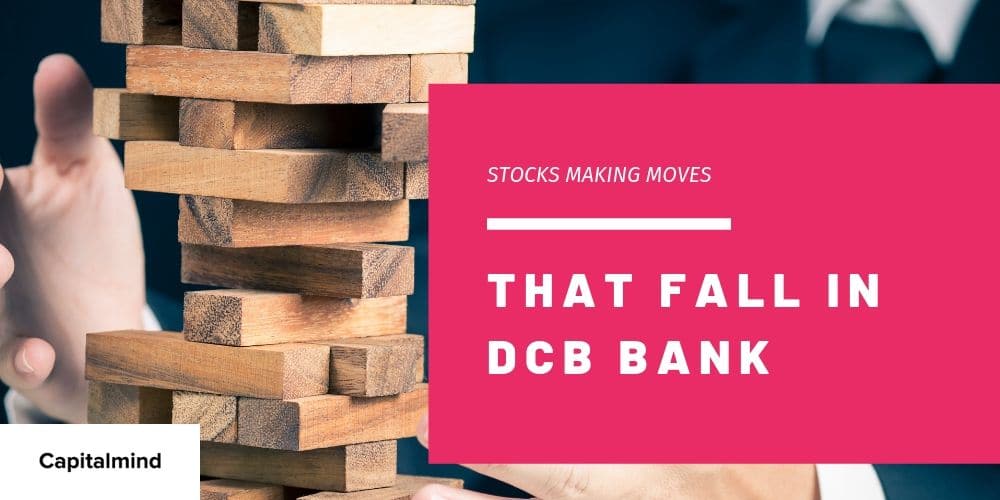 DCB Bank  – One of the few selective private banks, which is known to have a strong balance sheet has fallen 16% post Q1FY20 results. Is their a major concern over here? Not really, we think.

The results were out today and it was not taken wall. The year on year numbers show NPA slippages and declining NIMs. On a QoQ basis, the numbers are not that great.

Other income has fallen, margins have contracted, provisioning has gone up, profit has come down etc. Below is the snapshot of the Q1FY20 Results of DCB Bank

Other Income Has Dropped

Revenue growth has  been good YoY at 20%. On a QoQ its little on lower side at 1.94%. The major reason for revenue dropping QoQ is “Other Income”.

Other income dropped by 13% (nearly 13 Crs) QoQ. Other income mainly consists of fee-based income. The management cited ATM upgradation which had led to a impact of some 2-3 Crs, followed by retail customer acquisition strategy that’s given a slow start. Management expects the growth in fee based income back to 12-14% growth rate in the year ahead.

(Note that a startup, Niyo, uses DCB Bank as the backing back to allow for low-cost forex transfers through a card. This and other such initiatives would have raised costs)

Fee based income contributes 10% of the revenue for DCB Bank. A drop in other income should not be sending a panic signal, especially if the drop is likely to be temporary.

The overall profitability has been affected by margin contraction. The quarterly Net Interest Margins are at multi year lows. The current NIM is at 3.67% NIM has contracted on two accounts,

The below chart says it all.

DCB bank had a knack of maintaining its NIM between 3.8 %– 4.2%. That is slowly withering away. The 4%+ NIM (which is considered best among banking firms) cannot be sustained for long in a falling interest rate environment.

DCB cannot lend at higher interest rates, when its peers (PSU and Most Private banks) are offering lower interest rates on advances. The NIMs will start coming down over a period of time and should be normalising in the range of 3.5% – 3.9% going forward. Management has cited that the NIMS should be settling down going ahead as the last years MCLR rates and deposit rates will be resetting after one year. Essentially, the cost of deposits rose to 7% in the quarter, which is likely to drop as interest rates fall across the board.

Advance growth for the year has been at 13% YoY and 2% QoQ. The numbers are not that great considering their previous track record of 18%+.

DCB has been shifting the strategy from corporate to SME/Retail. They are cutting down on corporate loan book and building the SM and retail loan book. The yields here will be much better in the longer term compared to corporate. NPAs will be lower on retail side, but might increase in SME segment if due diligence not done. Shifting the strategy takes time and will impact couple of quarters. Management is off the view that they can double their loan book in next 3-4 years. (Which would be about 18% growth again)

Given that it’s the first such quarter, the idea could be to provide the management some leeway to move.

The NPA numbers are still well contained with Gross NPA below 2% and Net NPA below 1%.

Only problem has been fresh slippages of Rs 145 Cr in this quarter. Which was not something expected of from bank like DCB. Major slippages have been from Agri and CV portfolio. 67 Cr worth of loan is being recovered/upgraded and another 43 Cr written off, so the net NPA addition comes down to 37 Cr.

DCB has provisioned Rs 40 Cr for the quarter, which is more than adequate (so net NPA fell).

Most of the loans given out by DCB are collateral backed and are recoverable easily (Mostly vehicle loans). The NPA slippages should not be a major problem. Provision coverage ratio is still good at 75.6% (last quarter at 78.8%). We need to wait and watch for next couple of quarters if NPA slippages continue or whether this was a one off event.

Apart from the above DCB Bank is acquiring Abu Dhabi bank’s accounts which has two branches in India (Mumbai and Bangalore) with a Rs 1000 Cr loan book. The branches are in prime location and will help DCB diversify its portfolio. (The transaction is under due diligence and will be done in 60 days)

The problem is of NIM contraction, but much of that is due to a rise in deposit rates – something that shouldn’t last too long. The rest of things like advance growth, other income issue and NPA will settle down in couple of quarters, as they change their strategy. They aren’t a rapidly growing bank, but even at 16% this is a decently performing bank. At around 18 times earnings, it’s not as expensive as other private banks.

Given this, we continue to keep the stock in our long term portfolio and will watch for subsequent results coming in.