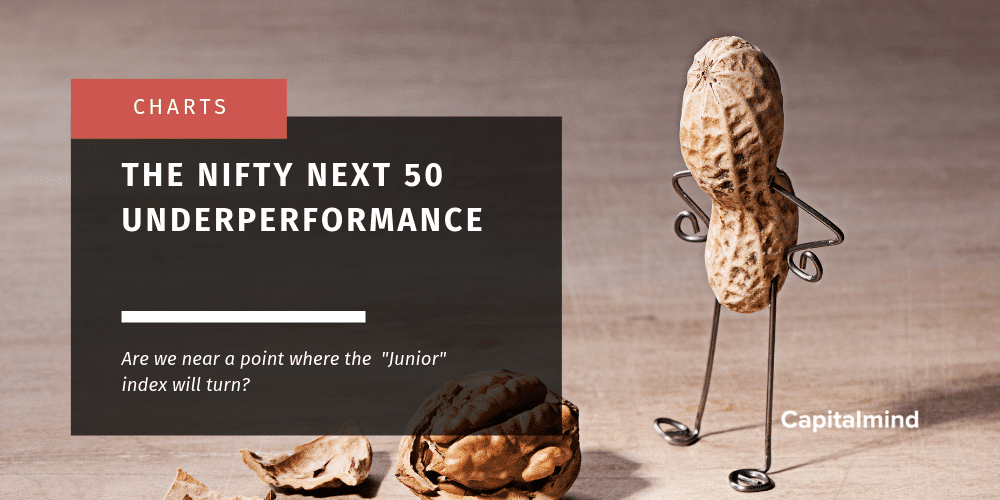 The Nifty Next 50 (Also called “Junior”) is a set of stocks that form numbers 51 to 100 in the marketcap ranking list at the NSE. The index, adjusted for dividends, has been a big winner since 2014, with 1 year returns beating the Nifty by as much as 20%!

(We calculate 1 year returns of the Nifty and the Next 50/Junior, and we subtract the first from the second to measure outperformance) 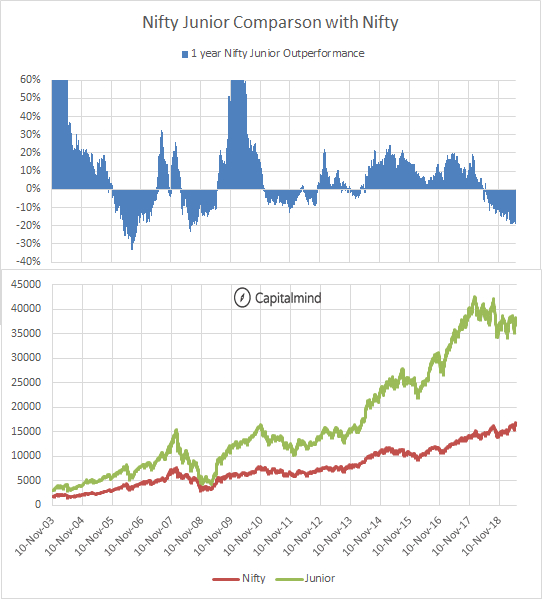 We’ve had a long period of underperformance. How long does this usually last? It’s about as much as it has gotten in the past (nearly 18% less returns with the Junior right now, versus the Nifty) 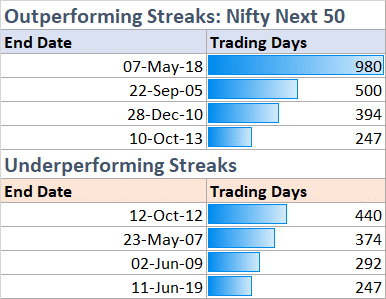 If you notice the outperformance, we have seen a streak of nearly 5 years (980 trading days) till 2018, and only since then has the Next 50 underperformed.

But the good point is – typical underperformance is around the lowest it has been in the past, so there’s some hope of a mean reversion fairly fast.

Will the Next 50/Junior revert by doing better, or will the Nifty oblige by crashing even harder? If the Nifty drops 10% and the Next 50 falls only 6% it will show up on this graph as a 4% outperformance, but that doesn’t help you – because you would still have lost 6%. And there’s no pair trade available (there are no futures contracts on the Nifty Next 50). But if you own the broad market it’s more likely that your stocks will recover only when the Next 50 does – so let’s hope that in the next year, “Junior” does well.