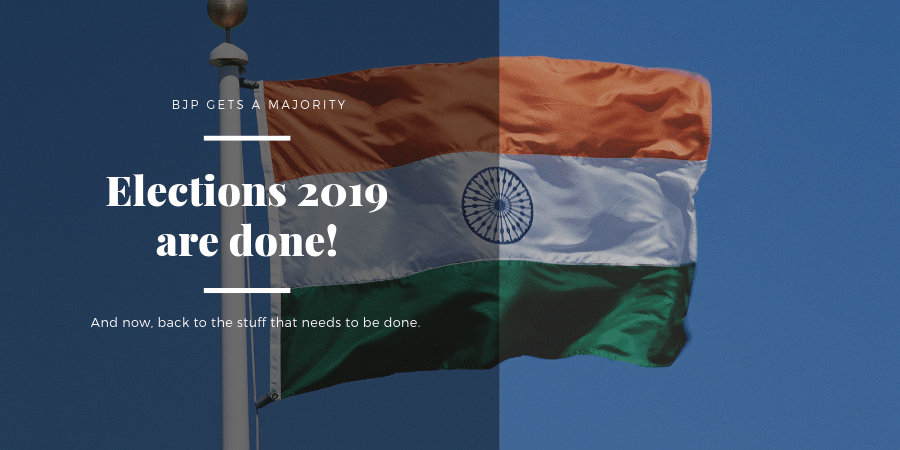 It’s been a wild election and there will be many many political analysts to read. I am not one of them. So I’ll try and stick to what happened with the areas I understand a little: Markets.

The big thing in the market was that phew, this stuff is over, and we have a stable government. Markets were perhaps rightfully worried about promises like Rs. 72,000 a year of free money to people (that would cost Rs. 350,000 cr.) and the problem of having a coalition of people who hate each other but will work together if only to defeat one party. That is uncertainty, and markets don’t like that so much.

Now we will have a single party run the government (the BJP) and soon perhaps a majority in both houses (needed for constitutional amendments). The uncertainty there is gone.

But there are still some uncertain things to fix.

Anyhow. these are wishlists that may not come true just yet. However, what has come true, it seems, is that the bond market is quite happy. Because the yield curve has finally dropped  across the board to about the 7.5% levels. 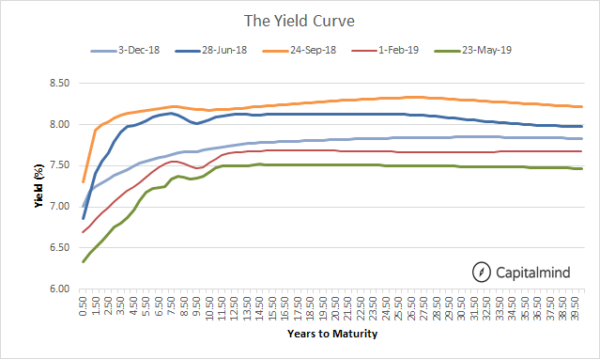 The green line is where we are now. The orange line was after the breakdown of IL&FS. We have seen two interest rate cuts since and the yields now are lower. This hasn’t yet translated to the rates of borrowing for larger corporates, but it is slowly starting to do so.

As stock markets go, this was a rough patch. Most of the upmove had already happened on Monday, so it was a case of Buy the Rumour, Sell the News. The Nifty hit an all time high in the morning, and crossed 12,000 for the first time ever. It closed about 3% lower by the end of the day, losing all the enthusiasm through it. 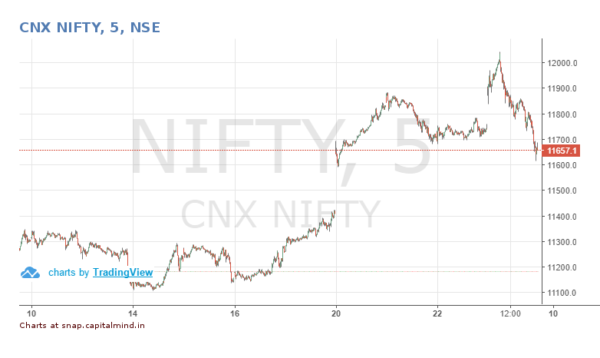 And then, of course, there was a gift in the form of a crashing crude price which fell way below $70 a barrel. That’s good for India in general – it largely imports crude.

This is a number that’s fallen to the levels in March.

The last time around, crude crashed from $100+ to below $50 (in 2014) giving the government a great boost. Will that continue now? Or will there be a surprise in the form of trade barriers that will make things unpleasant? Will China be able to shake away the US standoff? Will there be other geopolitical tensions when EU joins the play?

All of this will see answers eventually. But for now, the Elections are done, and when the dust settles, we’ll have a new cabinet and a budget by July. Those are things to look forward to.