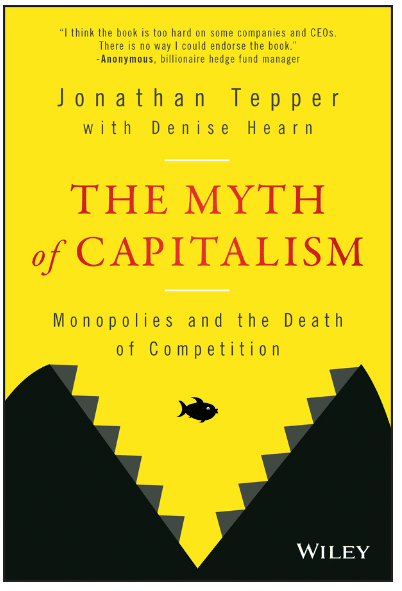 One of the many things that isn’t in short supply is the number of book titles that are published year on year. Every major blog and author has a list of must read books that combined can be enough to let you do nothing but read for years at a stretch.

Yet, our time and ability to read is limited especially in the current age where its always a balancing act of managing time between the needs and the attractions. Unlike watching a movie where one can also multi-task with the mobile browsing on facebook for example, reading requires a dedication that is tough to achieve given all the noise around us.

Its hence important that the books we choose to focus / read are one’s that add perspectives and value to our view of the world. Reading more on the same subject can make you an expert on the subject, but without perspective, it’s easy to miss out the woods for the trees.

Books that seek to challenge the status quo are few for most authors choose topics that are close to their heart and something that goes along with the said status quo. Reading the 101st book on investing will add very little to what you had knew by the time you finished the 99th book on investing.

One of the books that piqued my attention was Jonathan Tepper’s The Myth of Capitalism: Monopolies and the Death of Competition. Since the death of USSR, Capitalism has been seen as the economic system that shall guide the future for eons. Even China while continuing to be ruled by those who vouch for a socialist ecosystem have embraced capitalism like no other.

He had his mea-culpa moment when the financial crisis erupted. In BBC’s three part series titled – The Love of Money, he said and I quote

I made a mistake in presuming that the self-interest of organisations specifically banks and others were such that they were best capable of protecting their own shareholders. I have been dealing with the American economy for sixty years. That premise always worked and I was shocked into disbelief that what unfolded was a complete breakdown of that premise.

One of the famous quotes in the movie, V for Vendetta comes from his speech that is broadcasted to the country where he asks the question “there is something terribly wrong with this country, isn’t there?”

From United States to India, the difference between the have and have not’s have exploded like in no other time. The reasons are many all of which contribute in their own ways to the difference.

This book explores the angle of how lack of competition in US has meant lack of real choices for both customers and employees. While some of such market dominance has actually resulted in cheaper prices for the public at large, that low price has ripple effects elsewhere including but not limited to employee pay.

We in India have come to accept that government intervention or participation in industries is bad. But does giving away the rights to the private sector make it better or worse? Tepper argues through example after example that in US, this has resulted in diminishing income for the low level employee while stifling the economy in myriad ways and means.

As I read through the book, I began to wonder about industries in India where we come across such oligopoly in our daily life and the impact they have on the common public.

Let’s start with Telecom in light of recent data that showed that we Indian’s paid the lowest amount per gigabyte of mobile data. While the way to compare is not to compare the price in a single currency since price is dependent on a host of other factors, the fact is that while it maybe cheap, it is now starting to result in a lack of choice.

In 2010, when India auctioned spectrum, we had 9 telecom companies participating in the bidding. Today, we have just 3 operators – Bharti, Reliance and Vodafone. Recently all three players decided to start squeezing the customers with mandatory renewals and pricing packages higher than what was available just a few months back.

We have 3 public sector and at least 3 private sector players in the space of Oil Marketing. Yet, one look at the price and you begin to wonder if there is any competition at all. The whole pricing is opaque with the customer having little understanding of how much we are paying for the product and how much goes for profits and inefficiencies.

Regulations have ensured that certain industries and sectors are hard to enter. But if you already hold a license, lo and behold, you have the license to squeeze the customer. Take Banking for instance – Regulations and lack of transparency has meant that Banks can get away with a whole lot of things – from paying you an interest lower than what a well competitive market would have ensured to charging fees on literally every service they offer.

Mutual Fund assets have grown tremendously in the last few years – yet, the fees remains stagnant. Even though the road ahead seems great, numbers of fund houses have actually reduced in recent years with assets getting concentrated in a handful of entities. One reason for lack of competition – the high minimum capital required to even apply.

Commenting on Rules, Tepper says “Rules should be calibrated to avoid killing small companies”. In India, the compliance costs for small enterprises have been steadily rising and one that has the ability to kill any new competition from rising its head above the heap.

This is a good book to get a perspective around what is fueling the growing inequality in most countries around the world. According to the report titled ‘Reward Work, Not Wealth’ published by OXFAM, India’s top 1% of the population now holds 73% of the wealth while 67 crore citizens, comprising the country’s poorest half, saw their wealth rise by just 1%.

All in all, this book is a important book to even the investor for it showcases the kind of companies that can provide superior return on equity which hopefully translates into capital gains for the ordinary shareholder.

Amazon: The Myth of Capitalism: Monopolies and the Death of Competition