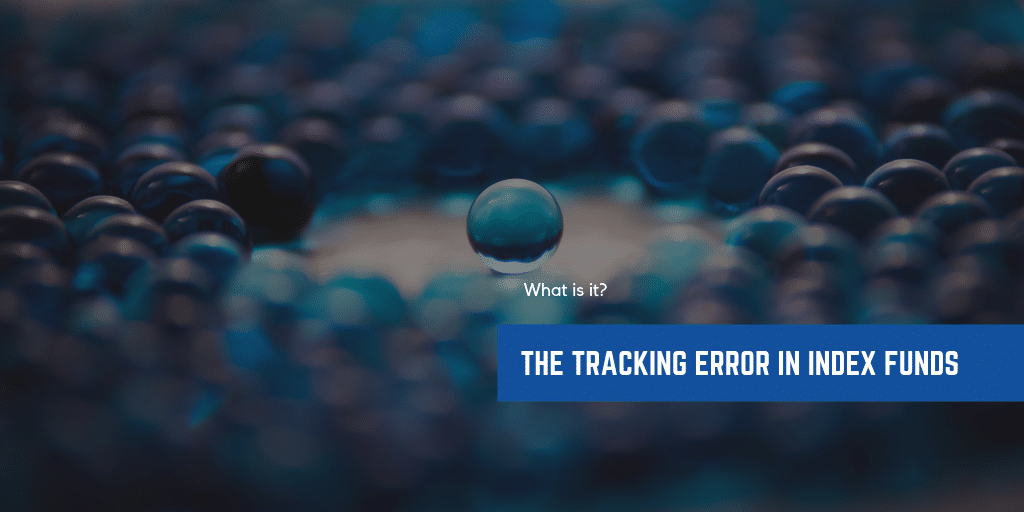 Twenty years its been since launch of the fund and yet today it commands a AUM of just 17 Crore – you need a larger capital to even become an Asset Management Company. The return since launch is 10.53%. Nifty Total Returns by contrast has a return of 13.66% for the same time period.

Given that the attributes of the fund changed in 2018, it may be unfair to compare it totally against Nifty 50 which is market cap weighted. For the period from its start to April 6, 2018 when it became an Equal Weighted fund, the CAGR returns by the fund was 10.98% vs 13.23% by Nifty Total Returns Index.

In other words, the fund under-performed the very asset it was tracking by a phenomenal 2.25%. While that number in itself doesn’t seem large, owing to the passage of time, the difference is phenomenal.

Assuming you invested a Lakh of Rupees in Nifty TRI, (which in theory you really cannot since it’s a Index and not a instrument that can be invested into) and a lakh of Rupees in the fund, the end result would be Rs. 9.98 Lakh for Nifty TRI vs Rs.7.01 Lakh for the Principal fund.

What and How does this difference arise?

The difference between the Index and the fund that tracks that index is known as “Tracking Difference”. This difference comes about basically due to a couple of major factors.

Tracking error is the difference between the fund’s return and the index it is meant to mimic. The mathematical formula for the same is 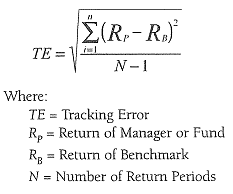 The first major factor is the Expense Ratio. Remember, the Index Total Returns has zero Expense ratio (because it’s not an actual investment – it’s just a reference index). The index fund however, currently charges 0.60% as Expense Ratio which eats into the return. In 2000, the fund was also charging a entry load of 2%. While this has been abolished, early investors had to take an additional hit that is not evident from analysis of the NAV itself.

Second factor that adds or rather decrements return is the Cash flow that funds see. When you invest in an index fund, you get units equal to the current NAV. The fund manager though may or may not be able to deploy the sum immediately in the required proportion. And if there are redemptions, the fund manager may be keeping some cash idle to support them, and that idle cash earns little, which is another factor for a tracking error.

A secondary aspect of cash flow is the fact that unless the cash inflow is equal to the minimum amount required to buy all stocks of the Index in the correct proportion, the portfolio will differ in small ways from the real index. This will result in the portfolio moving a little further away.

The third major factor comes into play when Indices change the constituents. Stocks that move out are there today, gone tomorrow replaced by the new entries. Since closing prices are used for the change, Index TRI has zero impact. Fund managers on the other hand need to sell the securities that are going out and buy those coming in. Slippage is guaranteed.

Cash flow impacts smaller funds more than larger funds and hence when investing into Index funds, keep an eye on the Asset under Management.

Who’s The Lowest In Errors?

Here is the list of the absolute difference in returns for all Index / ETF’s that are available for investment in India. The CAGR of the fund is from Inception. SBI ETF Nifty 50 fund is a relatively new fund having been launched on 20th July 2015.

A surprising element of the table is the positive tracking error for Quantum Nifty ETF and SBI Nifty ETF 50. One is a David another the Goliath. SBI Nifty 50 ETF & UTI Nifty 50 are the biggies thanks to investment by EPFO and together command assets that is 9 times larger than the combined assets of all other Index Funds / ETF’s that track Nifty 50 put together. Do note that we have excluded all ETF’s / Index funds that don’t have a track record of 5 years or more with UTI being the only exception due to the size of its assets.

(However, note that Quantum is a tiny fund at 5 cr. so the variation may not be replicable at a large scale)

Motilal Oswal has an Index fund but one that is not featured in the table above since it changed its categorization from being a factor ETF to a normal market cap weighted ETF. Its asset under management is 19 crores.

Based on the tracking error data, if you are looking to invest into a ETF / Index fund, the fund of choice is SBI ETF Nifty 50. While UTI has a better tracking error, the liquidity is much lower with a higher spread that can damage investor returns. SBI ETF Nifty 50 can be bought either on the exchange trading platform or if you are buying say around 57 Lakhs, you can approach SBI and buy from them directly (Unit Creation Size as on 12th March is 56,59,915.80).