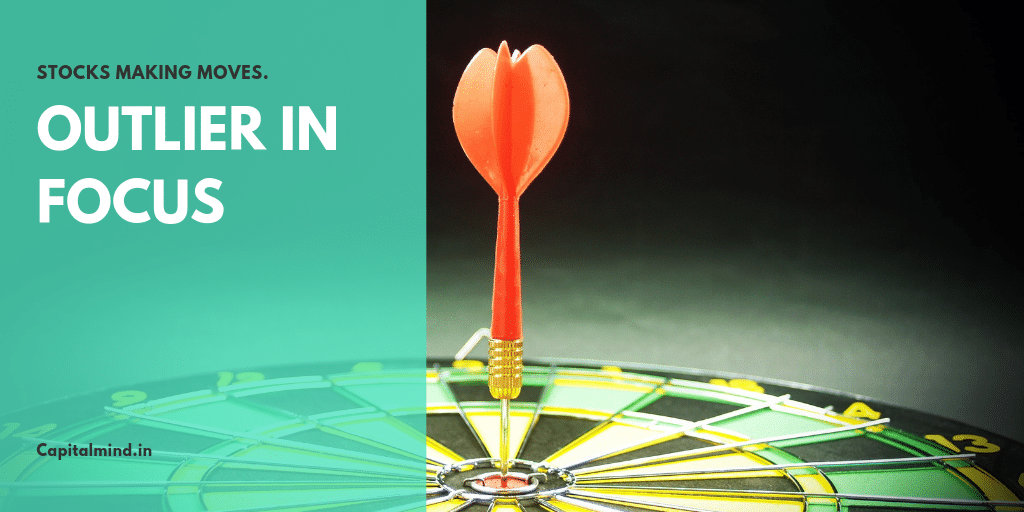 India spends just around 1% of its GDP on Health and is ranked 156th in the list of countries ranked by spending on health in US Dollars, 2015. This low expenditure has meant a boom of investment by private enterprises given the growing gap between demand and supply.
The World Health Organisation in 2017 said nearly 68% of the expenses on healthcare in India were paid out of pocket by the patients themselves versus the world average of 18%. While the governments of the future will keep intensifying their expenditure on healthcare, it will be a long time before it impacts investments in the private sector.
It’s been 35 years since the launch of the first Apollo Hospital was inaugurated in Chennai. Today, the company runs 70 Hospitals with close to 10K beds and is India’s largest hospital network. As on 31st March 2018, the Company had eighteen direct subsidiaries, seven step down subsidiaries, three joint ventures, and four associate companies.
Lack of Healthcare investment by the Government has led to nearly 80% of the market share in India cornered by Private Hospitals ranging from the small Nursing Home to the large and established Hospital chains like Fortis and Apollo.
At the time of Independence, India had a Life Expectancy of 32 Years which today stands at 68 years and while Medicine itself has improved by leaps and bounds, the advances have also reached the lowest common denominator so as to speak. In fact if you were born in 1947 and are still alive, you’re going to have to plan to live a couple decades longer.
As the country continues to grow, investment in Healthcare will grow faster than the country’s own growth. Its projected that the Healthcare Industry in India can easily grow at a rate of 15 – 16% in the coming decade.
In addition to local patients, India has been the beneficiary of a boom in Medical Tourism thanks to being a low cost country while at the same time being able to provide facilities at par with developed countries. Apollo is one of the leading Hospitals which have emerged as the gateway.

India has been called the land of unlimited potential; the reality though has been our inability to perform in line with the expectations.  Something similar can be summed up for Apollo Hospitals as well.
Sales over the last decade have seen a strong and smooth growth. While the company was able to maintain a good operating margin for much of that time, in the last couple of years, the operating margins have decreased.
Net Profit Margins which were a steady 8 – 9% for the same period has now dipped to 3% showcasing that further growth isn’t coming easy as in earlier times. This even as India’s Second largest hospital chain – Fortis Healthcare is in the midst of turmoil of its own.
The growth in the network has come with a consistent growth in Debt which has grown from 450 Crores in 2009 to nearly 3000 Crores today. Interest payments now eat up nearly 37% of its operating profits. While this is still sustainable, the risk is that any downturn in the company can push things to the edge faster than anyone can anticipate. Interest coverage ratio is now at 2.4, which is on the lower side.
Markets though seem to care less about these issues as the stock trades at 67 times its earnings. While this is a decrease from the high of 78 times it saw earlier this year, it’s still well above its own long term Price to Earnings multiple.
One of the reasons for the higher valuations could be the fact that it holds a 10% stake in Apollo Munich Health Insurance. Apollo Munich is the 3rd largest insurance provider in the private healthcare sector. Since the holding is just 10%, the value doesn’t get reflected in its financials.
Return on Equity and Return on Capital Employed at both single digits showcasing the risks once again of a firm that is growing yet unable to generate returns better than what a simple fixed deposit will.
The hope though is that with more people able to access quality healthcare, the moat of the company will remain for ages  to come. The high debt is also because of strong capex investments over the last few years. The new hospitals should start adding to the bottom line in the years to come. 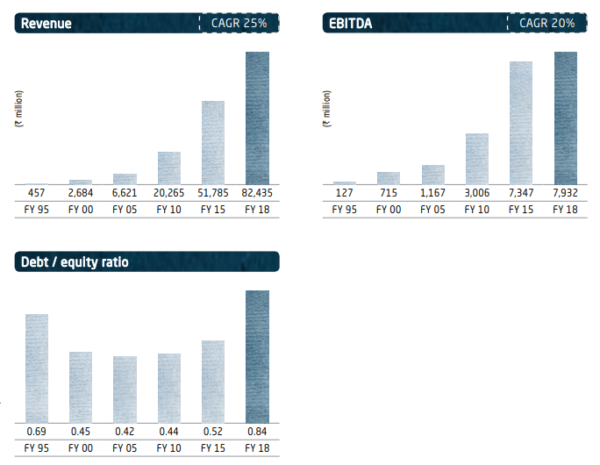 While we think of Apollo Hospitals as a company that derives most of its income from Healthcare services, the fact is that 38% of its consolidated revenues are derived from Pharmacies. Apollo Pharmacy not only is embedded inside hospitals but in recent years has also put up stores in other areas. As of 31st March 2018, the company had 3021 Chemist and Druggist outlets spread across 24 states.
An interesting number that is provided in the Annual Report is that of Occupancy Ratio – something that hotels generally disclose. For Apollo, Its 65%, up 1% Year on Year though its still down from the peak of 72% seen in FY13.
Shareholding: Promoters own 34% but 3/4th of their holding is pledged. Mostly likely because the company’s debt has grown, the bankers would have demanded pledges. But it might well be for other purposes – and the high pledging is a risk factor. If the stock falls sharply, pledges could get invoked.
FIIs own 45% of the company. Mutual funds and other institutions own another 12%. The public shareholding is tiny and possibly that’s why the stock weathers a lot of storms.
The hospital and pharmacy business are heavily linked to the growing economy and growing population, and while this is an expensive bet, we might be in for a surprise in forthcoming earning seasons as they grow.

The key reason for the stock to come under focus has been the performance of the stock in recent times. For the first time since 2016, the stock is back to testing its 52 Week Highs and that in itself says something that the numbers never will. Will this sustain or not of course is a million dollar question that is impossible to answer, but track we can and must. 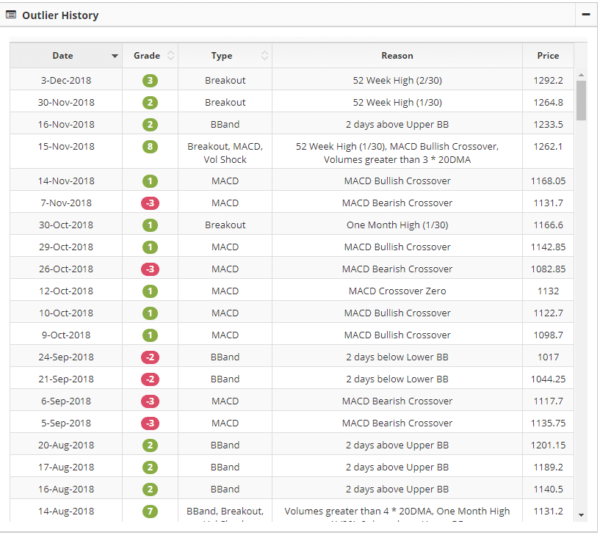 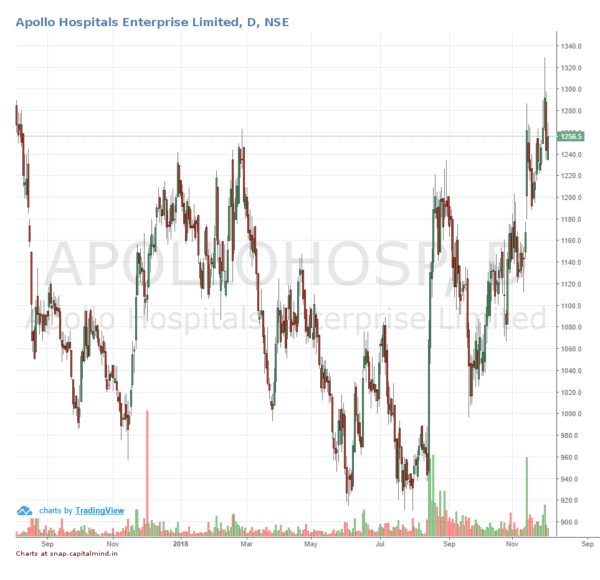