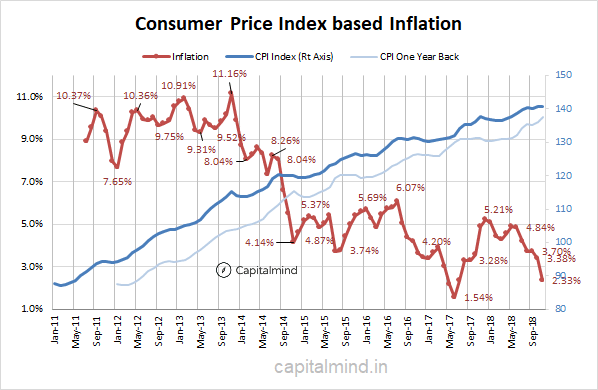 Inflation for November 2018 was at a ludicrously low 2.33%. This is largely from the base effect of a higher number in the previous year, though prices didn’t rise between October and November.

The main thing that changed was food inflation, which is now at a negative 1.7% as prices actually contracted! Of the remaining, we saw Housing and Clothing at a relative low. Fuel inflation moderated a bit from October, and other items were higher compared to earlier months. 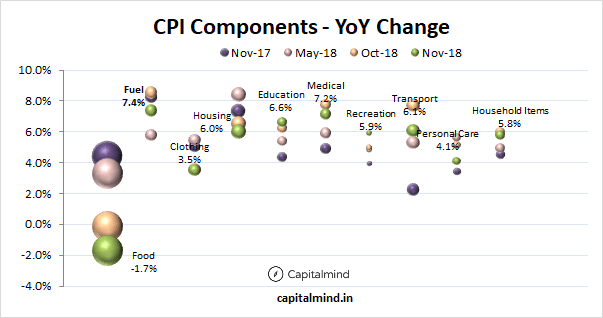 Core Inflation came in lower at 5.67% meaning that the rising trend hasn’t continued. It’s now at the lowest level since March 2018. Core inflation is the inflation trend when you remove food and fuel from the index. 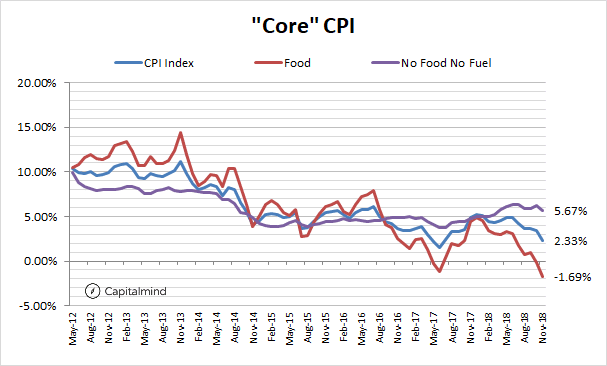 The fear is that food inflation is too low. However, we note that the main culprit is:

Here’s a graphic (click to expand) to see the impact of each food item.