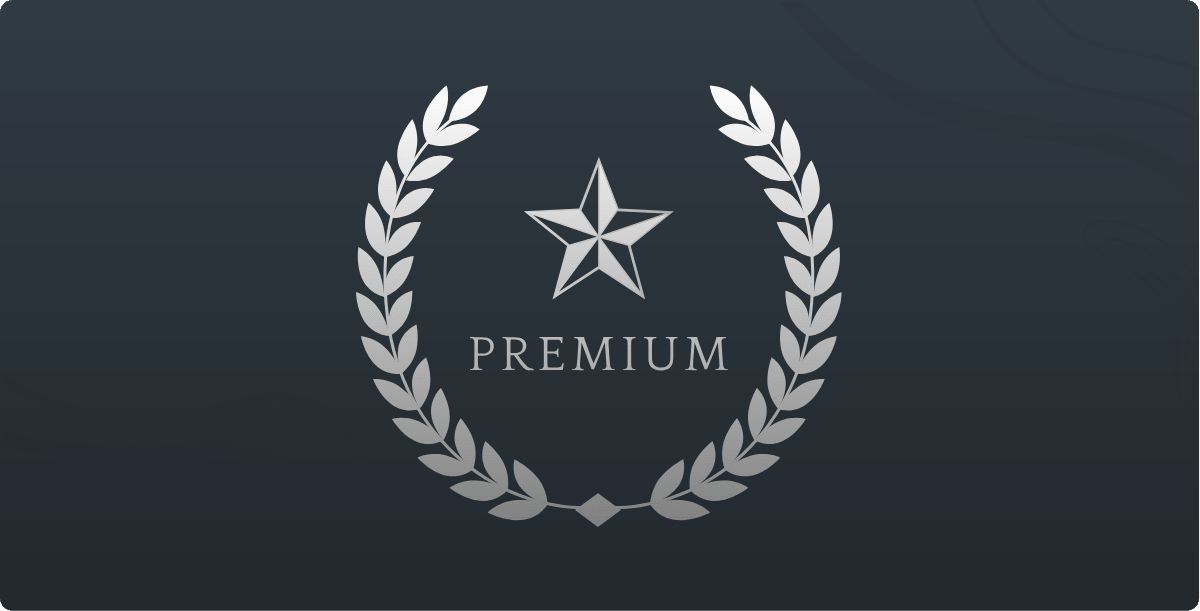 As part of our taking stock series started in 2017, in this post we analyze Bata India – leading retailer in the footwear business in the country.

The global footwear industry is estimated be $220 Billion (14.30 Lakh Cr) and 23 billion pairs. China has more than 60% share in global production volumes. The global footwear market can be divided into four regions – North America, Asia Pacific, Europe and Rest of the World,.

Asia Pacific is the largest and has 40% market share.The Indian footwear market is estimated to be Rs 50,000 Crs and 2.2 Billion pairs. In terms of volumes India has 9.6% share in the global production and 4% in value terms. 90% of the footwear produced are consumed domestically and exports form a very small portion. Exports from India are mainly to the USA and UK, 30% of the total exports are to these countries. India is the second largest footwear producer in the world after China and third largest consumer after China and USA.

The market can also be classified into branded and unbranded. The branded market is estimated to be 42% of the market, while the unbranded market constitutes the balance 58%. Some of the players in the organized and branded segment include Bata, Khadims, Adidas, Liberty, Relaxo, Rebook, VKC and Paragon. International brands like Aldo, New Balance, Kenneth Cole and Asics have also set up shop in the country.

Footwear can also be segmented based on the price that it is sold at, the segments are shown below.

Bata is the behemoth of the footwear industry in India. It is the largest retailer and manufacturer of footwear in the country. The company was born as T&A Bata Co in 1894 in Zlin, Czechoslovakia and entered in 1931 as Bata Shoe Company private limited. It set up a small operation in Konnagar near Calcutta in 1932. It developed this facility and currently it is township called Batanagar. The company changed its name to Bata India Limited after going public in 1973.

Some of the aspects of the Bata India in numbers – 4 manufacturing units in Kolkata, Patna, Bangalore and Hosur, 3.01 million sq.ft of retail space, production capacity of 21 million pairs of footwear, sales of 47 million pairs of footwear in FY18. 1375 retail stores across at the end of FY18. The company has the largest retail footprint in the country. Below are details of retail outlets of other players in the footwear market at the end of FY16.

The companies principal business activities is in the below segments

On the retail front the company has 1375 stores across the country, the stores are a mix of company owned and franchisees. Out of the 1375 stores about 150 stores operated through the franchise route, which translates to 11%.

The company intends to increase the number of franchise stores to 300-350 in the next 2-3 years. These will be mainly set up in tier 2 and 3 cities. An added advantage in the franchise model is that the CAPEX to set up the stores will not undertaken by the company and has to be made by the franchise owner.  This should help the company in increasing its asset turnover ratios going forward. The company has been setting up 80-100 stores every year and will continue to do so in the near future.

Bata has three formats of stores – Bata, Hush Puppies and Footin. Hush Puppies is positioned as a premium lifestyle casual footwear brand by the company. These products are known for its comfort, quality and style. The company has 90 exclusive Hush Puppies stores across the country at the end of FY18. Footin outlets are targeted towards customers in the age group of 15-25 and products are priced in the range of Rs 399-599. The footin stores on an average are spread over an area of 1000 sq ft and offer affordable fashion footwear and accessories.

The company is also investing on upgrading its existing stores to increase footfalls and improving shopping experience of customers. Various initiatives undertaken by the company in the recent past are –

The company also has a significant online presence. It sells its products through various e commerce channels and also through its website and mobile application. In FY18 the company sold more than 8.9 lakh pairs of footwear through the online channel and achieved turnover of Rs 88 Cr.

The non retail business comprises of urban wholesale, industrial and institutional business divisions. The company has about 350 distributors across the country to cater to the wholesale business. 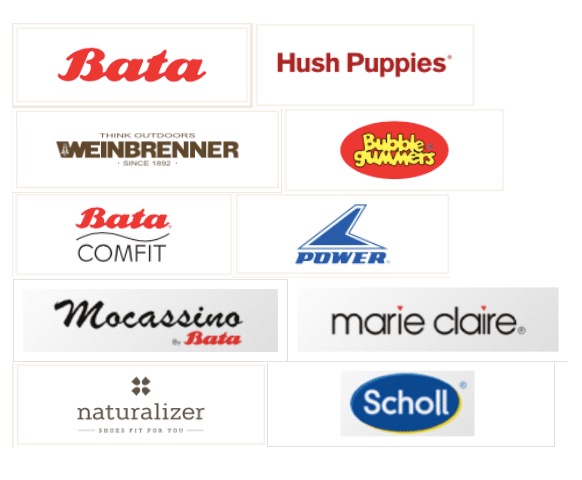 Bata is a current asset heavy company, current assets include items like inventories, receivables, cash and bank balances and other current assets. Current assets formed 73% of the total assets of the company at the end of FY18. Inventories formed a major part with 36% of the assets followed by cash and equivalents at 28%, receivables form only 4% of the assets, this is because Bata’s derives majority of its revenues from its retail business which is cash and carry. The cash and equivalents component has increased over the years and was the highest at 28% in FY18.

Why has this increased and where are these monies parked? Let us take the example of FY17 where  Rs 207 Cr were invested in bank deposits, take a look at the below cash flow statement 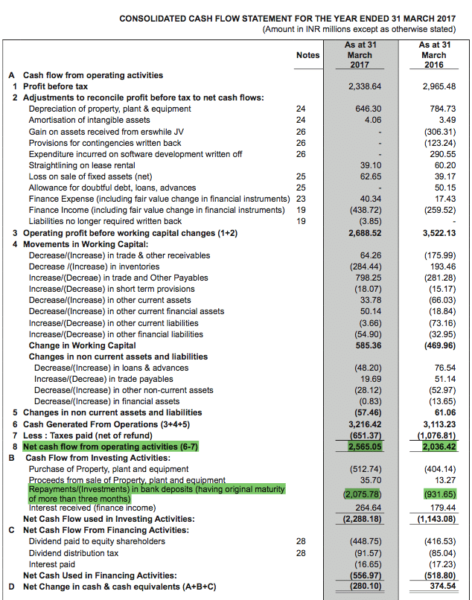 The company generated net cash flow from operations (CFO) of Rs 256 Cr, CFOs are cash that the company generates by running its day to day operations, these can be used to invest back in the business by buying assets like plant and machinery, buildings etc or purchase financial assets, reduce debt and pay dividends.

In the case of Bata, the company does not have debt and as discussed above as it is not a fixed asset heavy company – does not require large investments in fixed assets. The company has used majority of its CFOs by investing in bank deposits which mature in the next 12 months. The company has also paid dividends to the tune of Rs 45 Cr, a dividend payout of 20%. 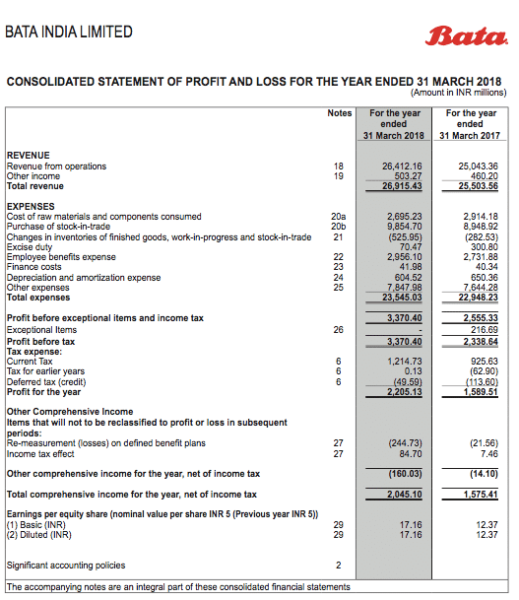 The company posted net revenues of Rs 2634 Crs in FY18. 70% of the revenues come from the men and kids segment and 28% from the women’s segment. 40% of the companies revenues are from its premium brands. The company sold 47 million pairs of footwear in FY18. Assuming that 5% of net revenues are derived from the accessories, garments and others segment, the average realization per pair is Rs 532 (2502/4.7).

Compounded revenue growth hasn’t been impressive. The CAGR growth in sales since FY09, FY12-18 and FY16-18 period has been 11%,7% and 4% respectively. The company earlier used to follow the Jan-Dec period to report its financial results, they have changed this since FY15 and now follow the Apr- Mar period. In FY16 the company lost market share and volumes due to challenges that it faced in implementing its new IT system, this lead to delay in supply of footwear to retail stores.

Operating profits or EBIT of the company was Rs 291 Cr, EBIT margins were 11%. Average operating margins since FY09 have been 10%. Operating margins are impacted by the fixed expenses recorded below the gross profit line, below is the trend of some of the major expenses over the last three years.

Salaries, rent and advertisement expenses are 60% of the expenses, this is excluding depreciation expenses. The company has strong retail presence and has to pay salaries to its staff in those stores. Majority of the outlets are company owned and the company enters into lease agreements for those stores and records it as rent in the profit and loss. The company has 150 franchisees out of the 1375 outlets, going forward the no of stores through the franchisee route are going to increase and hence one can expect in rental expenses moderating.

Net profit of the company stood at Rs 221 Cr in FY18 (excluding Rs -16 Cr of other comprehensive income), net margins of 8%. The average net margins since FY09 have been 9%. Net profits have increased by 16% CAGR since FY09, 5% in the FY12-18 period and have been flat in the FY16-18 period. There was an exceptional item of Rs 75 Cr that was added back in FY16, excluding this item the compounded net profit growth would have been 24%.

Effective tax rate calculated as tax expenses/earnings before tax was 35% in FY18, this has been in the same range except two years FY11-27% and FY17-29%. This is a good sign as it indicates that the company is paying its full taxes. 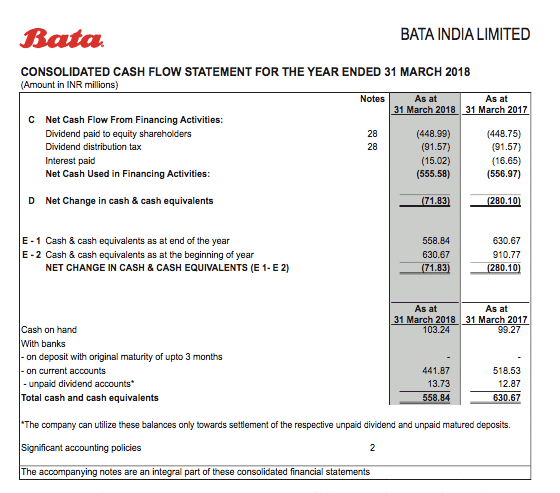 As discussed above in the balance sheet section the company is current asset heavy, proportion of current assets is highest when compared to the total assets. Hence we decided to look at the cash conversion cycle (CCC) of the company. CCC is calculated as

Lower CCC days is good and indicates that the company is able to complete the whole cycle of converting raw materials to finished goods, selling the same and receiving monies for credit sales and paying off for goods bought on credit. Below is the trend in the cash conversion cycle of the company since FY09

The current CCC of the company is 97 days. The company had the lowest CCC in FY11 – 77 days, the company does not have to invest additional in working capital if the CCC is low.

The other listed players in the market are Relaxo, Khadims, Liberty, Mirza International, Sreeleathers and Superhouse Ltd. Some of the important financial parameters of these companies are shown in the table below

Data for all the companies except Liberty is for FY18, for Liberty the data is for FY17. CFO and FCF figures for all companies except Bata are for FY17, In the case of Bata it is FY18. Data has been taken from morning star, screener and moneycontrol.

The company has strong leadership – The MD, Rajeev Gopalakrishnan has been with the company for 28 years. Sandeep Kataria is the CEO and has an impressive history with Vodafone, the KFC/Pizza Hut chains and Unilever.   The promoter is Bata BV (Netherlands) and has 52%. There’s no pledging or trading of shares by the promoter.

Institutions own 31% of the company, including mutual funds, insurers and FIIs. 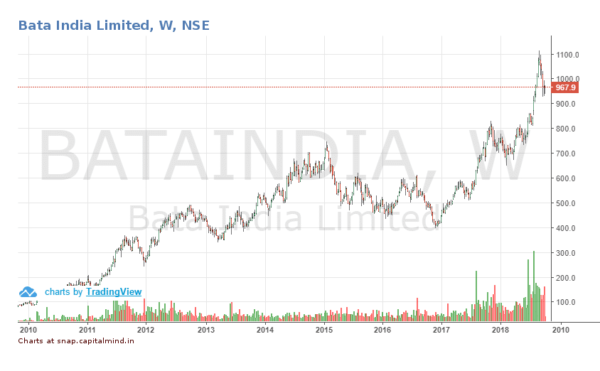 Bata has taken a lot of initiatives in the recent past to project itself as a youthful brand. The investments made by them will take time to pay off. The company is also looking to add more stores through the franchisee route, this will lead to the company making less investments in setting up retail outlets. Other initiatives like home delivery of footwear, ordering online and collecting products from the store, which can enable more sales when the customer visits the store to collect their product and enrolling members to its programme Bata Club will help the company.

Triggers like growth in the women’s and kids footwear segment will help, the company derives 30% of its sales from the women’s segment and there is scope to increase sales from this segment. Increase in incomes and customers preferring branded products should help the company as it has a presence across the country through its 1375 retail outlets.

Note: this is not a recommendation to buy. This is purely an educational exercise. Please do your own diligence before you buy or sell securities. Capitalmind may have the stock in portfolios recommended by it, or managed by it at Capitalmind Wealth.