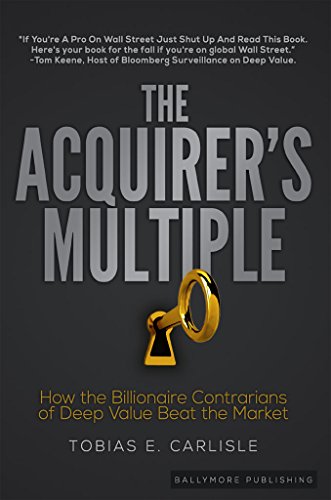 Books on Value Investing are one too many to count. Top of the mind recalls are Benjamin Graham’s Intelligent Investor Seth Klarman’s Margin of Safety to Joel Green’s The Little Book that Beats the Market.
Tobias Carlisle has now written 4 books around the area of Value Investing, two as the sole author and two as co-author. This week’s Book review is his latest book – The Acquirer’s Multiple: How the Billionaire Contrarians of Deep Value Beat the Market.
At its very basic, Value Investing is all about buying a Rupee for less than a Rupee. But times have changed and everyone has better information at the fingertips which means that such opportunities are never available 90% of the time.
Great investors like Buffett figured that out pretty early in their career and instead of looking at just buying cheap & be disappointed by the quality of companies that are available cheap – they are cheap for a reason, he has transformed to buying quality companies at what he calls “fair price”.
But we aren’t Buffett and in this book, Tobias lays out ways we can identify companies that are cheap and have the potential for turning around. While Buffett buys to “fair companies at wonderful prices”, Greenblatt in his book came out with a simpler version of Buffett’s formula which came to be known as “Magic Formula”
In this book, Tobias lays out the foundation for buying fair companies at wonderful prices calling it Acquirer’s Multiple. Acquirer’s multiple is based on the understanding that profits are mean reverting. He quotes value-investor Jeremy Grantham who is quoted as saying
“Profit margins are probably the most mean-reverting series in finance, and if profit margins do not mean-revert, then something has gone badly wrong with capitalism. If high profits do not attract competition, there is something wrong with the system and it is not functioning properly” 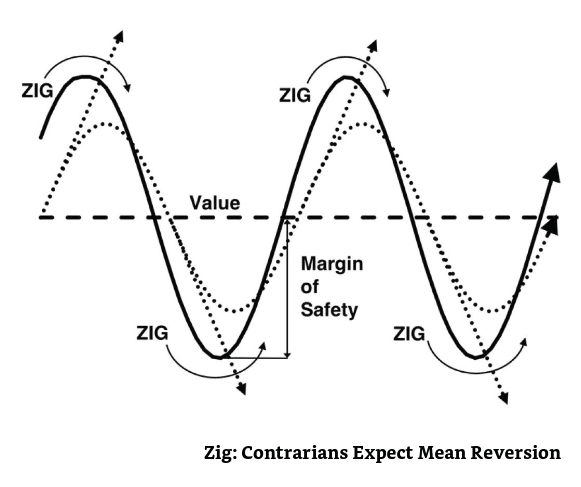 The first half of the book is explaining the methodology of Buffett and later the Greenblatt “Magic Formula”. In Chapter 6, he finally introduces Acquirer’s Multiple which is a simple quantitative formula of dividing Enterprise Value by Operating Earnings.
Enterprise Value as many of us know is the value of the company if it were to be bought. It is the combination of Market Capitalization which is what the equity part is being valued at and the Debt, which is the obligation that needs to be serviced.
When people talk about how a company is valued, they are mostly taking about the market cap. But in companies that have large debt, the company may appear to be too cheap since markets are of the belief that the company will not be able to grow since debt is too high & eats up a large portion of the revenue.
This brings us to the second part of the equation – Operating Earnings
Operating Earnings = Revenue – {

While strategies based on Momentum are generally quantitative in nature, strategies around value are qualitative since the investor looks at not just numbers but also variables such as management quality, market size and growth in market share among others.
Joel Greenblatt’s magic formula has established itself as a simple filter to choose quality stocks. If 10K was invested in companies forming part of the S&P 500 in 1972, by the end of 2017, the capital had grown to 2.05 Lakhs. Same invested in Greenblatt’s Magic Formula grew to 76 Lakhs and when tested upon using this new strategy, the capital grew to an astounding 187 Lakhs.
While the above results came out when tested on companies with market cap of $50 Million and above, Acquirer’s Multiple came on top regardless of whether the filter was 50 Million or 1 Billion. This showcases the fact that results weren’t dependent on investing in only small companies.
Why do fair companies at wonderful prices beat wonderful companies at fair prices? Because great businesses don’t stay great. They only look great at the top of their business cycle. Mean reversion pushes great business back to average – Michael J. Mauboussin writing in “The Success Equation”
To summarize, Acquirer’s multiple is all about buying deeply undervalued stocks with the view that some of them will revert back to the mean in the months to come. It’s a decent contrarian thought which is what Value Investing is all about.
Other than Greenblatt and Buffett who are widely covered in the book, the book also covers fund managers who implement Acquirer’s multiple in their own ways – Carl Icahn & Daniel Loeb.
In the final chapter, he lays out rules of Deep Value

All in all, the book is a wonderful read even if you aren’t a deep believer in value investing. It provides ample food for thought and provides ways and means to explore more.
I rate the book, 4 / 5
The Book is available for Free for subscribers of Kindle Unlimited. (Link)