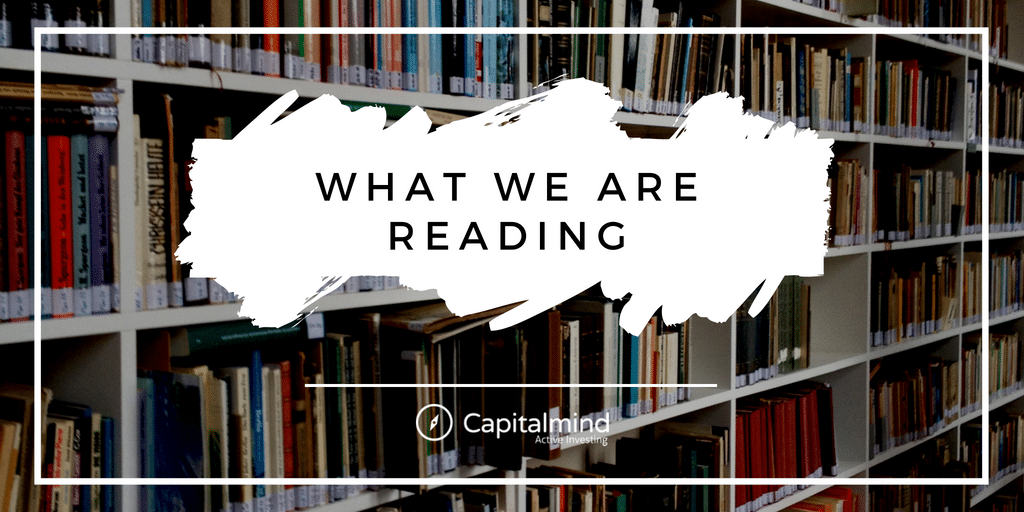 A very interesting piece by Sheelah Kolhatkar on Paul Singer, the “vulture” investor: (The New Yorker)

It’s a harsh tribute to Singer, whose reputation is built upon being “activist” as an investor. He buys into companies and forces them to become more shareholder friendly, sometimes to the detriment of other stakeholders, like employees or customers. She says:

A signature Elliott tactic is the release of a letter harshly criticizing the target company’s C.E.O., which is often followed by the executive’s resignation or the sale of the company. One of Singer’s few unsuccessful campaigns, to block a merger within Samsung, eventually led to the impeachment and imprisonment of the South Korean President after Singer’s opponents became so desperate to fend off his attack that they allegedly began bribing government officials. From the outside, it can seem as if Elliott is causing the drama, but the firm argues that it simply identifies preëxisting problems and acts as a check on the system.

He does this with debt too. He buys debt of companies that are considered very likely to default. Prices of the debt are pennies to the dollar when he buys in. And then, he goes through the legal system trying hard to get paid in full.

Elliott has invested in the distressed debt of dozens of companies, including Trans World Airlines, the Euro Tunnel, Lehman Brothers, and the casino company Caesars Entertainment, whose bankruptcy process was referred to in the Financial Times as one of the “nastiest corporate brawls in recent memory.”

One thing that makes him reviled is his acts in Peru and Argentina, where he bought debt that these countries were about to default on, at rock bottom prices. Peru defaulted on debt in 1984, and attempted to exchange it at a 50% discount on new bonds. Singer bought the old defaulted bonds and “held out” from the exchange, and demanded his full money back. Eventually after chasing Peru in courts internationally, including Europe, Peru decided to pay instead of take on more trouble.

More famously was his 15 year fight with Argentina which had defaulted on bonds due to a deep recession in 2001, and things were extremely bad in the country. Singer bought the debt at a discount, and was a holdout when the country tried to restructure its debt to better levels, many years later. Singer fought hard. Very hard, and perhaps too hard:

In one aspect of the case, someone involved in the litigation told me, Singer was “unbelievably creative”: his attempts to seize Argentinean government assets. Most government assets are protected by sovereign-immunity laws, but Elliott zigzagged around the globe, trying to find local courts that would grant orders for it to take possession of property as collateral for the country’s unpaid debts. Elliott tried to seize Argentina’s central bank reserves, its pension-fund assets, and a satellite launch slot in California. Each time Singer took one of these seemingly outrageous steps, Argentina’s lawyers would race to get a court order to block the seizure. The seizures gradually began to look like stunts, but they had the effect of consuming resources and infuriating the Argentines.

The most dramatic moment in the dispute came in 2012, when Elliott made international headlines by attempting to take possession of an Argentine Navy vessel.

That didn’t go through. A hedge fund taking over an armed Navy ship would be fairly big news, but it wasn’t allowed to happen. What did happen was: Argentina went through bad times again, defaulted yet again, the president of Argentina changed, and a deal was struck for a 12x return for Singer on the defaulted debt. He won, but also won the anger of the Argentinians for hurting them when they were down.

But Then, Bush and AthenaHealth…

The story starts with, and carries through, a man named Jonathan Bush. Who used to be the CEO at Athenahealth, a company he started in the 90s and listed in 2007. That company saw Singer buy into the shares, and try to oust the CEO using dirty methods including meta-threatening board members:

During an early meeting, one of them testified, Cohn presented folders containing embarrassing personal information about board members, which they saw as a threat to publicize the contents. Cohn allegedly mentioned the daughter of one board member, and commented disapprovingly on the C.E.O.’s vintage Aston Martin, a car that few people knew he owned. The company’s co-founder, Peter Karmanos, accused Elliott of “blackmailing” Compuware’s board, and reportedly remarked that the fund “can come in, rip apart the pieces” of a company, and “try to have a fire sale and maybe make twenty per cent on their money, and they look like heroes.”

Of course, you have to give it to the guy. Jonathan Bush is a cousin of President George Bush (junior). A hedge fund guy threatening people about a cousin of a recent president seems to be quite something – but then Singer was a huge donor to the Republican party in the US, and that’s probably higher ranking in terms of clout.

The article paints Bush as Singer’s victim, with his having to leave the board and company in June 2018. However, there’s one thing I don’t understand.

Institutions own nearly all of Athenahealth now. Because Bush sold his shares. Nearly all of them. Over 10 years, he started off as a 5% owner and sold nearly all of his stock including options granted and vested after that. I tabulated all his option exercises and sales. (from Insider Monitor) And it turns out that Bush sold a net $87 million dollars worth stock (net of any exercise price paid).

If the company was dear to you I’d have thunk you would keep some shares, but I suppose that’s altogether too radical.

But do read the entire article.

The big thing was the L&T Saga. L&T has no promoter. There was a massive battle that lasted nearly two decades, between L&T Management, Birla and Reliance. Eventually, it involved politicians, LIC and a breakup of the L&T cement business into Ultratech. Fascinating story, and it’s probably worth a full post by itself. Another day for that.