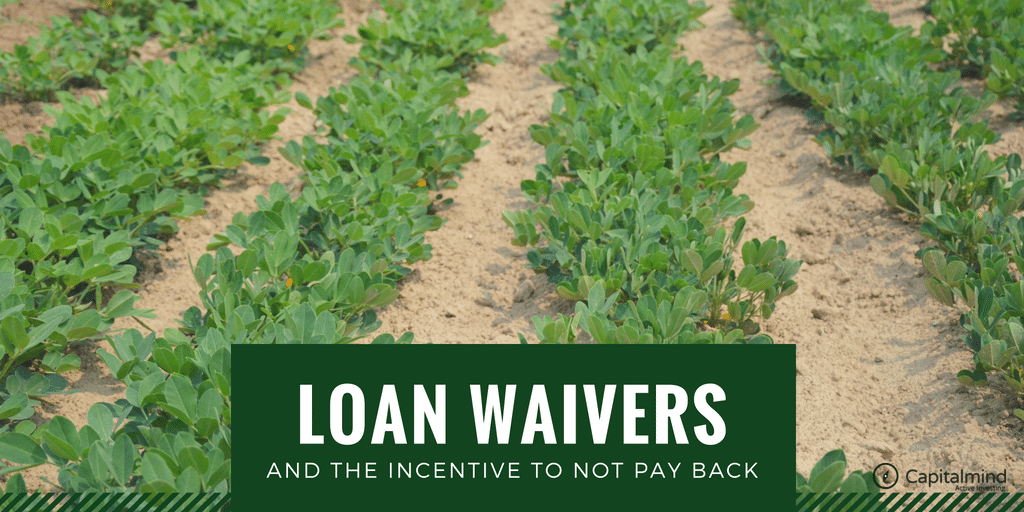 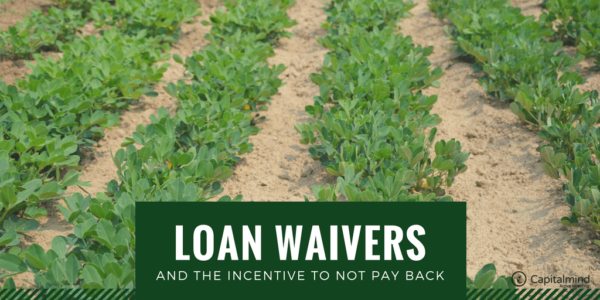 India is a predominantly agriculture based country. This is not reflected by way of contribution to GDP but in terms of the percentage of population that is directly and in-directly dependent on farming as the main source of Income.

According to 2011 Agricultural Census of India, an estimated 61.5% of the 1300 million Indian population is rural and dependent on agriculture. At 2011-12 prices, contribution of Agriculture to GDP was 15.11%.

Anyone who has studied Economic History understands that Agriculture has never been able to support a large percentage of population in any country that advanced through the ages. Manufacturing and Services have always been the main stay of employment with population, over time, getting concentrated in cities.

Farming is like any other business – you till the land, sow the seeds and hope that one day the fruits of the labour will be enough to make a small profit after deducting all the costs.

But farming is also one of the toughest businesses out there. Nations Pool or Rich, Angola or Zambia, India or Indonesia, Developed or Emerging Nation, Farming is generally subsidized in one form or the other.

In India, we subsidize agriculture in many ways – from direct subsidization of seeds and fertilizers to Minimum Support Price for many key crops to cheap Farm Loans. And if nothing works, politicians of all hues are always willing to consider a Farm Loan Waiver.

Farmer Suicides in India due to Crop Failures are rampant. Not many days pass by without some farmer in some part of the country taking his life. In 2004, National Crime Records Bureau of India reported that 18,241 farmers killed themselves – that is 49 Farmers a Day or 2 famers every hour. The only category of people who commit suicides more than farmers are Housewives.

To get a context of the number, the budget outlay in the last Budget presented by the government pegged at around Rs 2.1 lakh crore. In other words, the Loan Waiver promised by JD(S) amounted to nearly 25% of the State’s Annual Budget.

Today, the Rajasthan Government facing elections this year came out with a Rs.8500 Crore Loan Waiver for farmers with large farmers getting a smaller share of the waiver versus marginal and small famers.

Uttar Pradesh Chief Minister Yogi Adityanath in April 2017 announced a farm loan waiver amounting to Rs.36,000 Crores. But as the elections that have taken place in the state have shown, Loan waiver doesn’t really buy votes.

Waiver of Farm Loans isn’t new. The first such Nation wide Farm Loan waiver took place in 1990 when the then VP Singh government waived off Loans to the extent ofRs. 10,000 Crores. Since then, plenty of Loans have been waived off by multiple state governments.

Coming to power once again in 2009, the UPA government waived off loans worth more than Rs.60,000 crores. In fact, while there were other reasons for its victory in the National Elections, the taking point for many a upcoming politician was that Loan Waiver can win votes.

Loan waivers are barely debatable since it’s seen as an emotional issue and how dare one question it, especially when Industry has NPA’s running into Lakhs of Crores.

The problem with Loan Waivers is not as much as the amount (which is significant given the fact that most state governments are stretched when it comes to fiscal deficits) as to the moral hazards it creates.

The reason we try and obey the traffic signals for instances comes down to the fact that while not every rule breaker is caught, if caught, they are penalized and not let go.

When governments take a call to wipe off the debts of farmers regardless of his misery, it creates a negative incentive for the honest borrower. If the government is going to wipe off the loan, why bother to pay in the first place.

In fact, there have been loan waivers where only those who had defaulted were given a waiver. Those who had been making the required payments to the bank left to fend for themselves.

Since then, farmers have figured this out and they ensure that they stay in “default” mode – meaning, having not paid when they should – so that they can get the waiver. This means they could pay, but they choose not to because they expect a waiver. In other words, a “voluntary default”. We just made an honest person dishonest because we incentivize the one that didn’t pay, regardless of what caused it.

The biggest issue with Blanket Loans Waivers is that majority of those who really need that waiver get left out. This is because in India not all farmers own the piece of land on which they till.

Big landowners generally end up leasing out land to small farmers than tilling the land and growing the crop on their own. In other words, Risk is transferred from those who can actually sustain losses to those who cannot.

Loans by Banks (which are the only one’s waived) on the other hand require some form of collateral which is not available by the farmer who has contracted the farm forcing him to borrow from Private Lenders at Interest rates that are at much higher rates.

On the other hand, the large farmer can easily borrow money from banks at subsidized rates for usage in other businesses and when the waiver comes, they are happy to just go back to the bank and apply for a fresh loan – after all, the waiver doesn’t mean any stoppage of loans and banks which are required to lend a percentage of the total to priority sector has to find borrowers to meet that target.

The impact on Banks in itself is not large. All waivers are essentially loans that the government promises to repay on its own. To the bank, the payer shifts from the farmer to the government. But damage is more in terms of incentivizing people to just stop paying in the hope that some day in the future, the government will waive the whole thing off.

Loan Waiver in other words doesn’t really change for the better people who are struggling to pay off debt taken for crops which have failed. They are at best short term measures but without real reforms, it just adds to the tax burden of the common citizen without really solving the problem at hand.

Corporate Just Got Lower on the Moral Hazard

And No, as much as we would like to think Corporate Loan NPA’s being similar and much larger, its not. Small promoters who defaulted on their loans never have gotten away scot free since most of their personal assets are tied up with the loans. With the Insolvency and Bankruptcy Code, bankers will take companies to the bankruptcy courts and then take over the assets owned by promoters. Given that the promoters stand to lose something, the comparison isn’t correct in reality.

While Vijay Mallya may seem to have escaped scot free, do note that that just before the default, he was the proud owner of two companies which dominated the Indian liquor market. Today, he has lost control of one completely and another partially.

There is always a cost to pay for defaults and without a cost, it opens a pandora’s box which can bring down even the richest nation to its knees.

In the end, it’s about incentives

The middle class is afraid to default because it goes on their CIBIL score. Because they won’t get a loan further. And it might hurt their ability to even use a credit card or such.

The corporates would default earlier because they could renegotiate with banks to write off part or all of the loans. You could effectively bid to buy back your own companies. Now with the IBC law, banks can take away companies from promoters and sell them to others. The incentive to default has come down.

For farmers, while we do need to recognize there is stress, there is currently no disincentive to default even if they can repay. Because they are now aware that in exchange for their vote, they can get their loans waived and the government will pay for it. And there are many that take loans for farming but use it for other purposes (there is no real way to know). And then, there’s many that take loans from loan sharks who’ll continue to commit suicide because they aren’t landowners.

It’s not easy to say that we have a 160,000 cr. bill to buy wheat and rice from farmers, a 100,000 cr. fertiizer subsidy every year, and then further loan waivers – with very little reason to believe that a loan waiver will not be desired the next time. It is time to get beyond the rhetoric of “poor farmer” and instead, spend the money to ensure a reasonable livelihood without the need for loan waivers.

Throwing more money at a strategy that has failed to perform generally requires one to rethink, restrategize and change policies to ensure that it meets the objectives. Then again, as the wise old mouse asked – Who will bell the Cat?