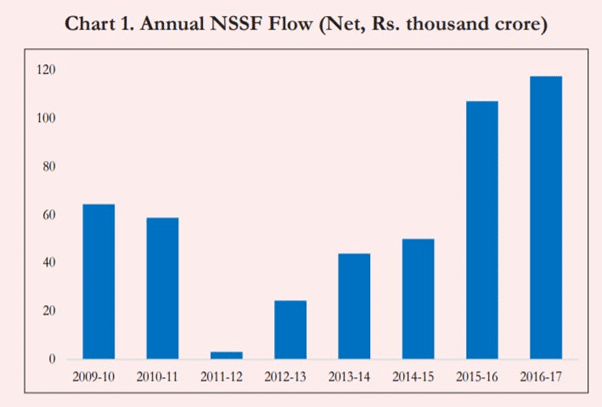 Here’s some of our thoughts from the Economic Survey, which we tweeted out.

The GST Thing: The Small Guys are not claiming lower taxes

GST has a “composition” scheme. And then, people under 20 lakh of turnover needn’t register. But apparently, most are registering anyhow.
It’s so much easier to get business when you have offsets and can claim input credit, for one. The composition scheme simply says: “Pay 1% or 2% or 5% GST but you don’t get any input credit”. The problem, however, is that the lack of input credit is a pain. If you buy stuff at Rs. 100+18% GST = Rs. 118, and sell it at Rs. 125 (Rs. 7 margin with the composition scheme), then you will bill the customer Rs. 127.5 (at 2% on the composition scheme). And you’ll keep Rs. 7 as your margin.
But, if you register with GST, then you can sell at the same Rs. 127.5 and you will make a margin of Rs. 8.05 after claiming input credit. No wonder people avoid the composition scheme, especially the small traders.
Plus if you are a B2B player – i.e. you sell to businesses – they will want you to register anyhow. The below extract from Eco Survey 2018 says it all. 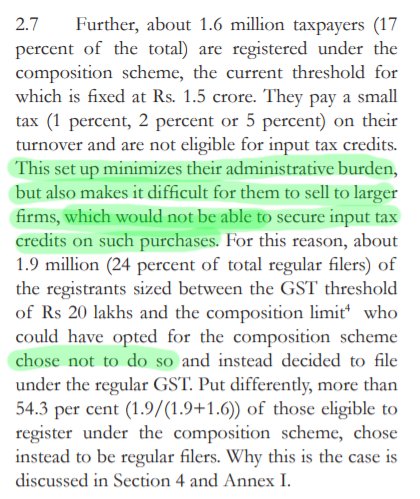 Transactions: A good 34% of transactions of the new registrants are B2B only. Which makes sense – they might have been under 20L earlier, but now can claim input credit, which increases their net margins. When they say GST collections, it means what was earlier service tax and excise duty and CVD (Customs) and all sorts of things.
There are 98 lakh GST registrants (unique) says Eco Survey 2018 . Of this, they presume about 50% increase after reduplicating earlier numbers for multi-tax registrations (Excise+VAT+Service for example).

Even with GST, 10% of firms pay 84% of all the taxes payable. Very top heavy, and this is even with the fact that petrol/diesel etc aren’t in GST.

Tax revenues haven’t grown that much. Net revenue receipts grew only 1.1% in April-Nov. Taxes are up slightly but November isn’t a great time to evaluate, since most of the direct taxes are paid after December.

What no one is talking about is the sudden fall in customs duty collections – nearly 33% lower now – since July. (July had a one timer) 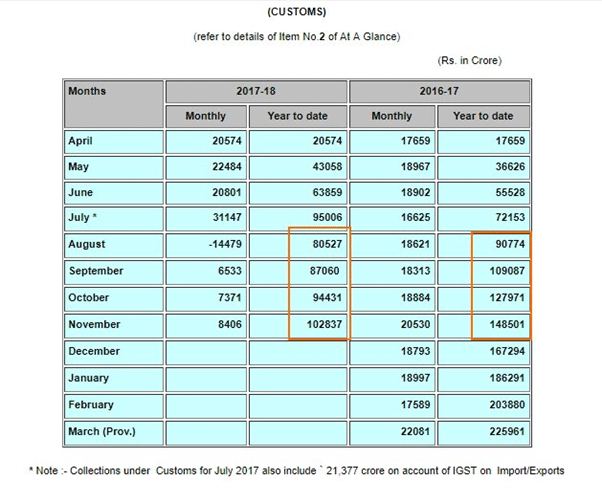 Though, apparently, this is because CVD and some Special Additional Duties were earlier collected by Customs. These have moved to GST now. (CVD is essentially the duty applied on products which have a GST if manufactured in India)

Meanwhile, the 10 year is now at 7.43%. Which was at 6.4% in October BEFORE RBI’s rate cut. We’re going to see rates adjust upwards everywhere, and bond funds are going to take a beating.

The Economic Survey wants to say that this is a lower number as a % of GDP now than earlier. This is true, but as a percentage of stock market volumes, it’s about the same as 2007!

PPF: Will It No More Be Attractive?

The government borrows fiscal deficit minus NSSF = NSCs PPF and all that. Their interest rates are down. Govt is borrowing at 7.4%. Banks will borrow at more – and hike their rates. And then PPF etc are less attractive, like in 2011-12?

In 2011-12 bank deposits gave better returns than PPF – and it’s quite likely that as bond yields go up, banks will push up deposit rates. And when they do that, PPF is less attractive at the current 7.6%, and then the government has to cut the borrowing from PPF and instead borrow from the market.

Companies that went bankrupt, resolved by the new insolvency code. Early days, but recoveries are lower than the 50% provisions banks have taken on these accounts 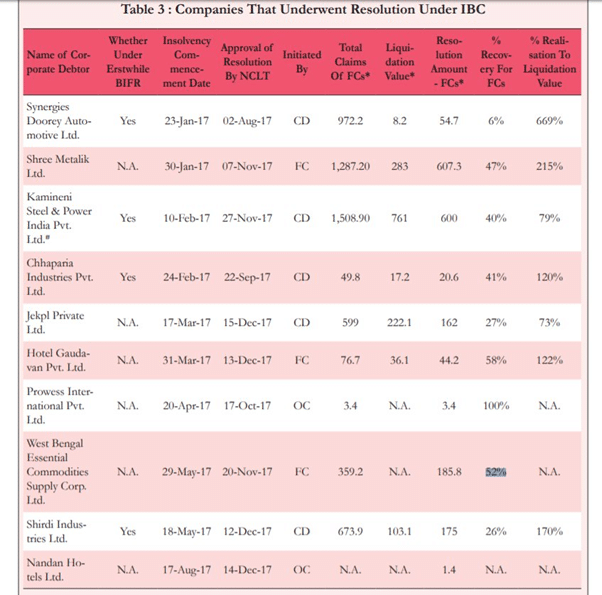 Some comments mentioned that the recovery rate is likely to be 25%. Meaning, for every 100 rupees lent, banks will get back Rs. 25.
Still a long way to go. Insolvencies worth 1.28 lakh cr need to be resolved 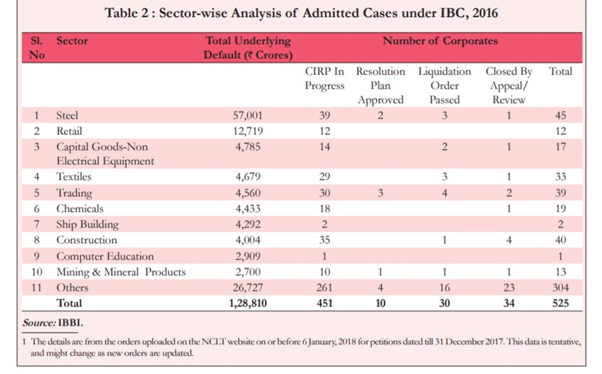 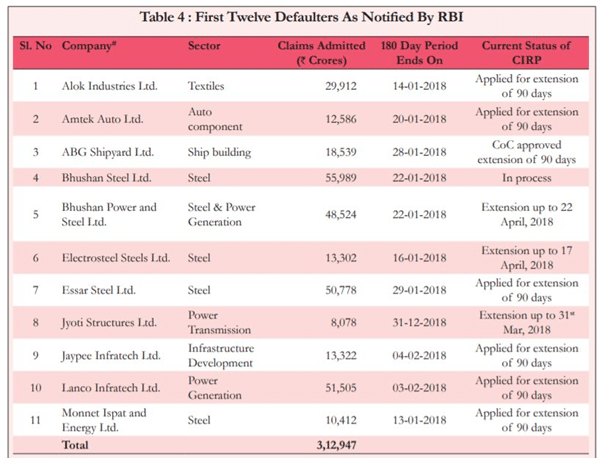 Note this: Banks have currently been required to provision 50% on such accounts. That’s about 1.6 lakh cr. of provisions (many haven’t yet taken the provision, but it’s a requirement). Then, there’s the fact that only 25% recovery may happen, which means the banks have to take a further hit of 25% more, or Rs. 80,000 cr. Watch out for this.

To avoid the Vinod Rai kind of accusations (“Why didn’t you appeal? Potential tax lost is X cr. …”) the tax department tends to appeal nearly everything. And the loss rates say it all

This is basically a cover-my-ass situation – no one wants to be known as a person who gave up even if a court overruled an order. Because 10 years later it could be used as a means to harass you, if you are a tax department employee.

Slowing House Price Growth – But Not Yet Contracting

RBI’s Housing Price Index (based on transactions at authorities) is showing slowing growth but not a contraction. Q2 FY18 prov data is 7.3% so it continues to decelerate. 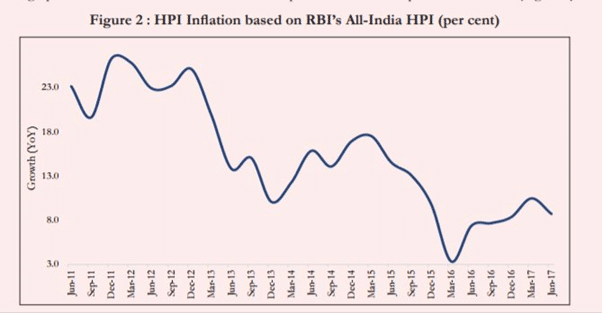 The full economic survey is here. It’s interesting in its entirety, but there’s nothing in there that demonstrates a major change that should worry us. As the budget comes in tomorrow, the forward looking statements and the changes will be more apparent. But a good read, if you are so inclined!