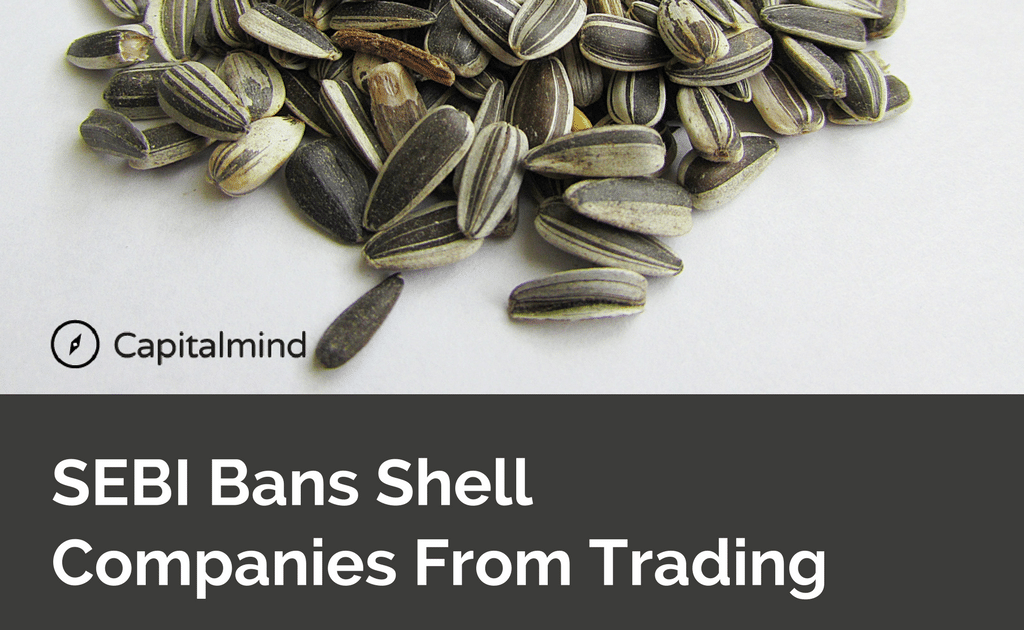 SEBI has decided to put 311 companies into what is called a “Graded Surveillance Measure” level VI. Which is a code for “We Hate These Companies”. Or something like that because:

In the 331 companies are many really strange companies, and only a few are listed on the NSE. Some have strange charts like this one, with Rohit Ferro-Tech: You might be excused for thinking this company does nothing. It has over Rs. 1,300 cr. of losses, has reported “robbery” on certain properties (on which it claims insurance) and basically consumes more raw material than the goods it can sell.
The claim by SEBI (and probably in turn by the ministry of corporate affairs and the Tax department) is that such companies are “shells”, only used to launder money or such. There are many ways that such laundering happens – by promoters selling shares to other people and then rigging prices up to allow long term capital gains to booked after a year. Or to book expenses, or to buy phony companies and merge them at high prices. There is no reasoning given, however, for each of the companies involved – just a note that they will be investigated.
But caught in this melee seem to be a few “regular” companies. One of them, JK Infraprojects Limited (JKIL) even has shareholders like HDFC Mutual fund (3.7%), Goldman Sachs (3.57%), American Funds Insurance (3.83%) etc.
Another is Parsvnath Developers, a north-India based real estate company. This one has Fidelity as a shareholder with 4.17% and Anand Rathi (2.13%).
And there’s SQS BFSI which used to be Thinksoft Global. Promoters sold their stake to SQS of Germany, and even triggered an open offer.
Also, there’s Prakash Industries, where the legendary Rakesh Jhunjhunwala is a shareholder.
These are hardly likely to be “shell” companies, and have thousands of shareholders. Even if there is a likelihood of some misdeeds in share transactions, it is hardly useful to totally ban such firms from trading. All that happens is that shareholders are hit by the lack of liquidity, while the company now has to explain this to its partners, suppliers etc.

What to do if you’re a shareholder

Many people continue to own shares of these companies. I was holding a few shares Prakash Industries myself and only in a recent clean-up, I had sold them. We shouldn’t believe anything without proof, and currently no proof has been provided that the companies did something bad.
If you are a shareholder in the “good” companies, you must wait. The companies have sent their letters to SEBI and the exchanges, asking for a rethink. (See the letter sent by Prakash Industries) It is very likely that they file a court case to protect their reputation.
It is unlikely that such action will not be reviewed and set right. However it might take some time while companies resolve this issue.

And If You Own Mutual Funds Who Own These Stocks

We don’t know how mutual funds are dealing with this issue just yet. HDFC Mutual Fund’s Capital Builder scheme has about Rs. 23 cr. worth of JK Infraprojects , about 1.5% of its porfolio. Will it mark it down? Or just mark it at the last traded price?
We’ll know soon. But it’s quite likely that until the drama is over, such stocks will be in limbo. There is no reason to go sell your fund holdings, really, and no funds seem to own these stocks in huge quantities. But your action should be based on what funds to to mark this holding to market.
Overall, the idea is: don’t panic. If the stocks were bad, then you’re going to get badly hurt. But that’s what happens to a bad stock anyhow.
If the stocks were good, they will ride out of this. And most people seem to understand that this action is a little overdone, so unless there is proper proof of any wrongdoing after the company is allowed to defend itself, don’t write your investment off.