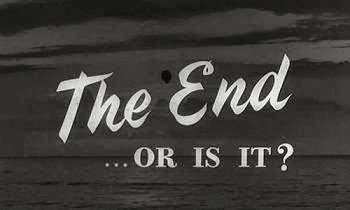 We are told that prediction is bad and one shouldn’t try to time the market. Time in the market is said to be more important and there is data to prove that theory. Try hard and you can find enough data to validate any of your choicest of views.
The very act of buying stocks or even Mutual Funds / ETF’s with the intention of selling some day in the future for a better price makes us active investors. In the long term, the growth of our investments is intractably linked to the growth of the economy.
A normal market is one where we see neither extremely bullish nor bearish movement. But markets being the cumulative of all actions of humans subject to countless cognitive and behavioral biases, the reality is pretty different.
Governments of the day love a bull market.

But when markets go to the extremes, all it needs is a small trigger – real or not for the cavalry to begin the march downwards. Currently we seem to be at one such inflection point as markets ripe with over-valuation is looking out for an excuse.
We have in the past written about how valuations are now reaching levels seen only in the end stages of a bull rally. But valuation itself isn’t enough to bring down a roaring bull market. A bull market it’s said are born on pessimism, grow on scepticism, mature on optimism, and die on euphoria.
While markets have climbed on hope, it’s still not there where one is able to see euphoria blind the investor form the risk he is taking on. Mutual Fund monthly inflow has been equivalent to the one we saw near the peak of 2008. But after 10 years of inflation, matching alone isn’t a sign of euphoria. 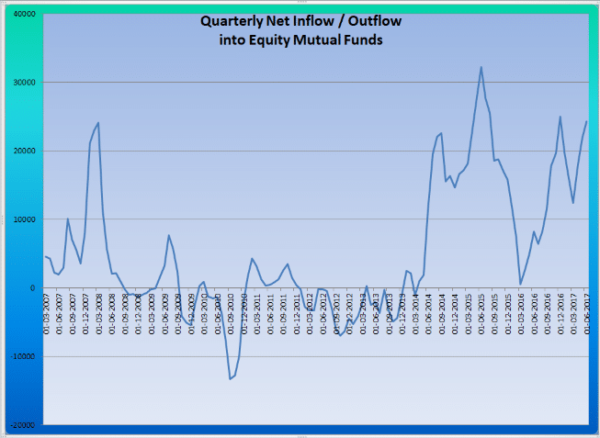 India Vix, which is used as a measure of Greed and Fear has been pretty low for a very long period of time and this complacency is what the doom predictors claim could be a reason for markets to surprise them, on the downside.
The chart below plots Realized Volatility (30 days) displaced by 30 days into the future and compares the same to India VIX of today. As can be clearly seen, rarely is Vix caught off-guard with current VIX being closer to the realized volatility over the next 30 days. 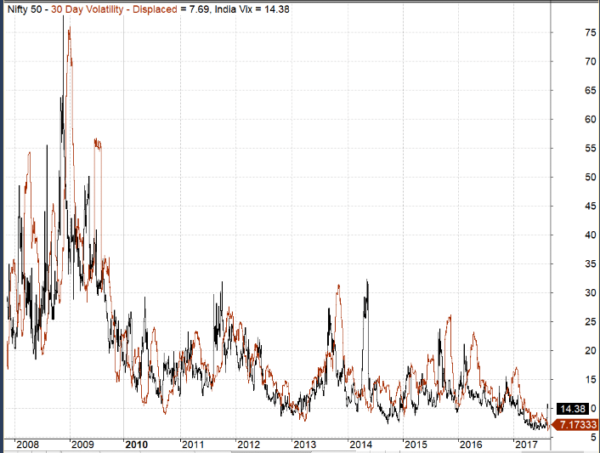 Markets, its said move in cycles like the Sine wave, rise followed by a fall. Once in a way, markets seem to move one way with no major pull backs seen. This is one such time as its been 532 days from Peak to Trough (this assuming we peaked out on 4th August 2017 at 10,150). This has been the second largest such trend since 1996.  The previous longest was the one we saw between 2013 to 2015. Post that rise, markets saw a dip of 21% before the current rally initiated.

The above data table showcases the amount of time and percentage change when one calculated Nifty moves from Peak to Trough and Trough to Peak after a minimum of 10% move either way.
As we can see, we are way above 3 Standard Deviation in terms of the length of this move compared to the average. The price move on the other hand is just two times the median.
Continuous rise alone doesn’t justify a fall but can help in understanding from perspective of whether the rally is still in its infancy or are we seeing a stage closer to maturity.

What to watch out for?

Lower High / Lower Low is one of the best confirmation of a change in Trend. On Nifty 50, the previous low to watch out for would be 9450. If in the meantime we once again break above the new high, we continue to remain in the bull-run. 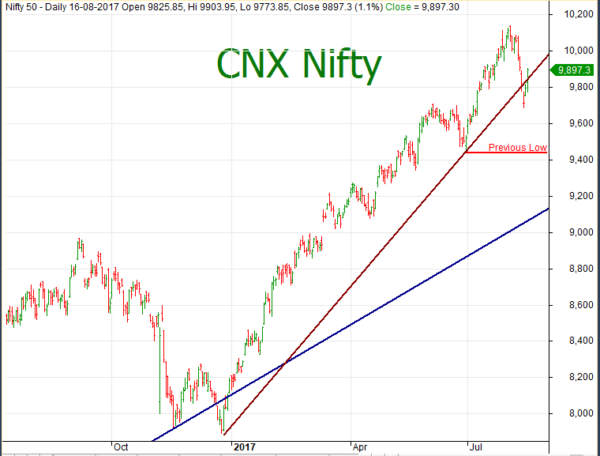 The Mid Cap 100 Free Float Index came close but couldn’t break the last major low of 17,000. The Small Cap 100 Free Float Index showcased a similar pattern with the index bouncing back from the 200 day average (EMA).
Failure of breakouts in Mid and Small Cap Indices portends that momentum is slowing, but once again, unless we see a clear cut break-down, it will be a fool’s errand to try and short the market even before the trend of the market has turned for to bearish.

“It can be very expensive to try to convince the markets you are right.” – Ed Seykota