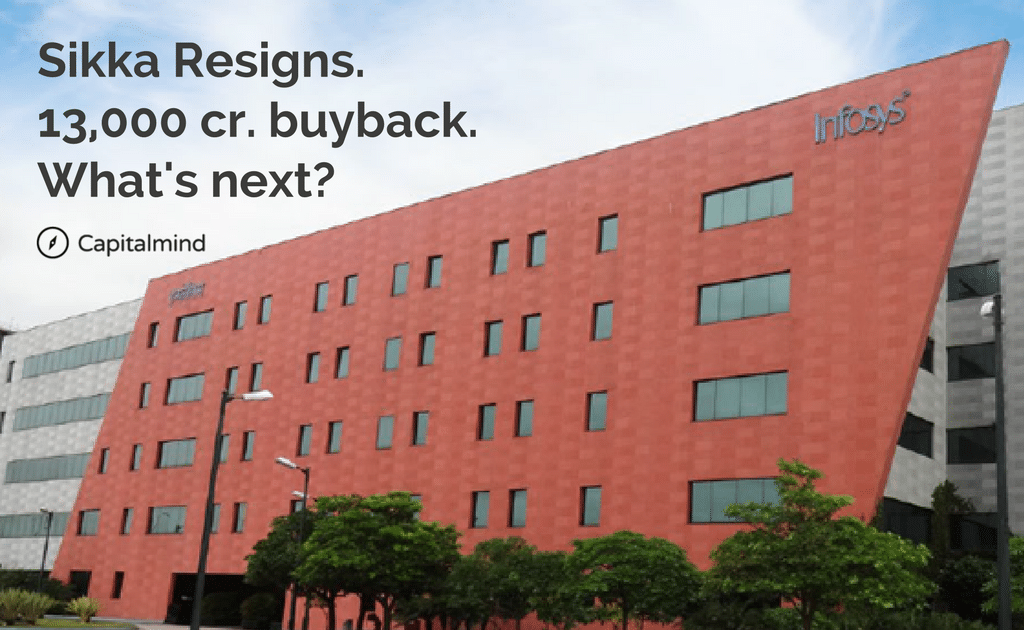 The War Between Founder and Manager

Starting and growing a company is not just about vision and hard work. Blood, Sweat and Love are what founders infuse into companies and it isn’t much of a wonder that many are afraid to let it go. SNAP, the recently high flying Initial Public Offer that came out had one interesting angle to it – all the shares offered in the offer had no voting rights.
In other words, these were shares that allowed no rights of ownership in terms of voting for the future direction of the company. 100% of the voting rights post the issue were controlled by the founders – Evan Spiegel and Robert Murphy.
The iconic founder of Apple, Steve Jobs was once forced out of the company he founded by the Board of Directors. But with the company losing traction and risking being close to bankruptcy, it was the Board which waved the white flag to bring Steve back and Apple has never looked back ever since.
In India’s home-grown Infosys, the battle between Narayana Murthy and Vishal Sikka is not a fight between David and Goliath. NRN as N R Narayana Murthy is often called holds just 0.38% stake in the company he founded (with family, this comes to 3.44%). But being the founder of one of India’s most cherished and respected companies gives him more voice than shareholding alone.
After the founders – NRN, Nandan Nilekani, Kris Gopalakrishnan and Shibulal – did a round each at the CEO post, and then a failed stint by NRN. Eventually an external CEO was chosen – Vishal Sikka, in 2014. And that saga’s come to an end on Friday.
Vishal Sikka who resigned today was on the Executive Board of SAP AG. His research and innovation background impressed NRN and the Infy board, and he was hired.

Three year later, things at Infy have not been that great, and relationships between Sikka/Board and NRN turned sour.
Over the last year, NRN has been belligerent about what he calls a big drop in corporate governance standards,  something Infy was known to keep the highest standards in. There were questions about a $200 million acquisition of Panaya where NRN claims that whistleblowers alerted the world to potential conflict of interest. And that Sikka was paid too much. Or that Rajiv Bansal, former CFO, was paid a fat severance. (Infy hasn’t traditionally paid a lot as salaries to top management in the past, and figures in multiple millions of dollars are anathema to NRN, probably)
The board used an independent law firm to do a deep investigation into the Panaya deal. They say it found nothing, but didn’t reveal the full report stating that it needed to protect confidentiality – which is fair, no one really reveals forensic reports, from RBI to SEBI. Only a summary comes about.
For the salaries, Infy’s founders had a chunk of stock, so top manager salaries weren’t that high – but a professional CEO has alternatives that pay a lot more so you have to be competitive. However, linking performance to pay would probably have been more appropriate.
Things became complex. Suddenly someone “leaked” NRN’s letters to the press, where NRN belittled the board and called Sikka fit to be only a CTO but not a CEO. This seemed to be the last straw, and Sikka resigned citing too much interference.
The board, peeved at the whole concept, wrote a scathing letter about Murthy’s actions. They claim he has threatened public ire if his candidates weren’t elected to the board, that he wanted operational and policy changes, and that all of this was supposed to be done without telling the world it was his demand. NRN says he’ll respond in due course.

But Ditch That. What Happens Next?

All this is just juicy boardroom (and media) drama. Where does Infy go from here?
We wrote about three years back that Indian IT was at an inflexion point. Earlier their biggest advantage was pricing power thanks to the low cost of human resources in India. Now technology changes have meant that a lot of work that earlier required an army of trained folks can now be carried out by smaller and nimbler teams. A big infra maintenance team is now replaced by technology and on-demand server management through private clouds, and needs a lot lesser people, for instance. Infy needed to own parts of this transition – so it bought Panaya. It needs to do a lot more of this. And it needs to reduce its workforce. Sikka wasn’t doing that much, and perhaps NRN’s dragging things into the mud hurts.
The board strong support of Sikka shows they have finally found the guts to back the CEO. It’s unusual for boards to be strongly against a CEO’s action, so their lack of strong support so far has hurt the company in the media drama.
Sikka’s performance was just okay. Perhaps he was “distracted” by NRN. Perhaps the market changed completely and growth numbers have fallen. Or perhaps he wasn’t capable enough. We don’t know, and we shouldn’t care. The point is that radical change was needed, and radical change was not happening. So either ways, Sikka would have had to leave.
The interim CEO, while the board finds a new one, is UB Pravin Rao. Sikka’s still out there until they find new management. The way ahead is for them to finalize a new CEO soon enough, or just push up Pravin Rao, and for the board to get aggressive. The first signs of aggression are the letter to NRN, and let’s see if that continues.
Sikka and Pravin have promised to speak with customers to ensure that their competitors don’t swoop in and attack now. That’s the key risk – that they lose business. But the overall feeling is that this is not a big problem.
Infy’s valuations are still okay. They made Rs. 62 as earnings per share in the last 4 quarters. With Rs. 32,000 in cash (pre-buyback) they have Rs. 140 per share in cash, so the Rs. 930 market price, after removing cash, corresponds to a P/E of 12.5 or so. That’s not too high for a company that has no debt, and generates about Rs. 10,000 cr. of cash per year. FMCG companies that grow at 2-3% a year, and generate lesser cash get higher P/E valuations, so one might assume this P/E is sustainable or will possibly only fall another 10-20%.  The buyback will bump up Earnings per share, and the overall P/E is likely to be up 10%+ due to natural growth plus reduction in number of shares.
With 12.75% in the company, the ex-promoters have a strong presence. Institutions own 57%, and domestic individuals own about 10%. ADRs account for about 16%.  A good move would be to have the promoters’ select someone to the board who will represent their interests and ensure their side of the story is heard rather than the affair being held through media.
For Investors, crisis such as these offer opportunities to buy into good companies at reasonable valuations. But you never know; things can go down pretty fast as well. Infy isn’t a high growth company anymore – but it’s come to a point where the valuation is low enough to have a long-term cash generator in a portfolio. If there’s a bet, it has to be to trust the board and management to build Infy’s confidence again, but at the same to understand that it won’t go back to a 30% annual growth machine simply because it’s too big.
Disclosure: We’ve added Infy for a certain specific strategy, in notes to our customers. So assume bias please. It’s not like anyone’s unbiased in this discourse, but it’s our job to tell you we’re conflicted in our interest.