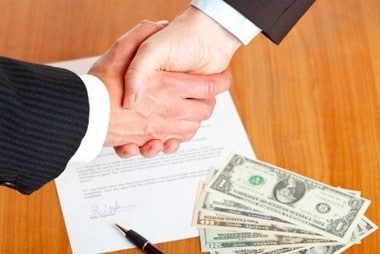 The basic principle of an efficient market is one where opportunities to make money without taking any risk shouldn’t exist. The whole premise of value investing on the other hand is to find that dollar which is being sold for 50 cents.
Unlike value investing where it requires you to have a better understanding of the value of the company that the public at large, Merger Arbitrage is all about finding opportunities that shouldn’t really be out there and one where you can make a small amount of profit without the need to take serious risks.
Of course, Merger Arbitrage is not completely risk free. Once in a while a deal which was supposed to close comes undone. Anyone betting on the deal happening lands in hot water. But those instances are rare. Even Long Term Capital Management which blew up spectacularly, one of the heads where they didn’t lose money was in Merger Arbitrage.
In May 2015, Private Equity Investor, Actis sold off its holding in Phoenix Lamps to Suprajit Engineering for a total price of 154 Crore, less than half of what it had paid to acquire the ownership in 2006. (The Actis phase with Phoenix Lamps is a chequered one, and we wrote about their failure to make it work and a failed merger arbitrage then)
Post the acquisition, Suprajit announced an Open Offer for the remaining shares at a price of Rs.100 per share. The market had other ideas. The price shot up way above the open offer price, so no one tendered. Suprajit hence ended with only acquiring the total stake Actis held prior to the transaction.
In a Board Meeting held on 18th April 2016, the Board approved merger of the company with its parent Suprajit Engineering Ltd with the Exchange ratio being fixed at 4 Shares of Suprajit for every 5 Shares of Phoenix Lamps.
Suprajit on the day prior to the Board Meeting closed at 147.45 on National Stock Exchange while Phoenix Lamps had closed at 108.00. The merger ratio meant that it was favourable to buy Phoenix than buy Suprajit thanks to the difference of 50 Rupees [ (Suprajit: 147.45 * 4 = 589.80) vs (Phoenix: 108.00 * 5 = 540.00)]. Over time, as the chart above shows, the difference has swung and swayed but most of the time it made sense to buy Phoenix than Suprajit even if one wanted an exposure in Suprajit.
On an average, the difference has been to the tune of 7%, that is you can buy Suprajit 7% below its current price by buying share of Phoenix instead. The maximum difference that has been reached is 17.64% while the minimum (where it made sense to buy Suprajit directly) was -3.44%.
This is not a Risk Free Arb, especially if you aren’t bullish on Suprajit. But if you are bullish on Suprajit and want to take advantage of opportunities, you would be better off tracking the spread and buying whenever the spread widens to 10% or more in favour of Phoenix. The simple idea is: Buy one when the arb ratio is at an extreme. Sell it when the arb reverses to “the other side” and buy the other player.
Today, Suprajit is at 293 and Phoenix is at 219. Buying Phoenix effectively gives you Suprajit shares at 274. (5/4*219). This is a 6.5% lower price than Suprajit’s, and the arb might narrow at a later point or reverse. (There are no futures so no “shorting” to be a really good arb).
The risk is that the merger doesn’t happen. That will hurt both stocks, most likely.
The Record date for the merger to consummate is yet to be announced and till that time, such opportunities should continue to arise.