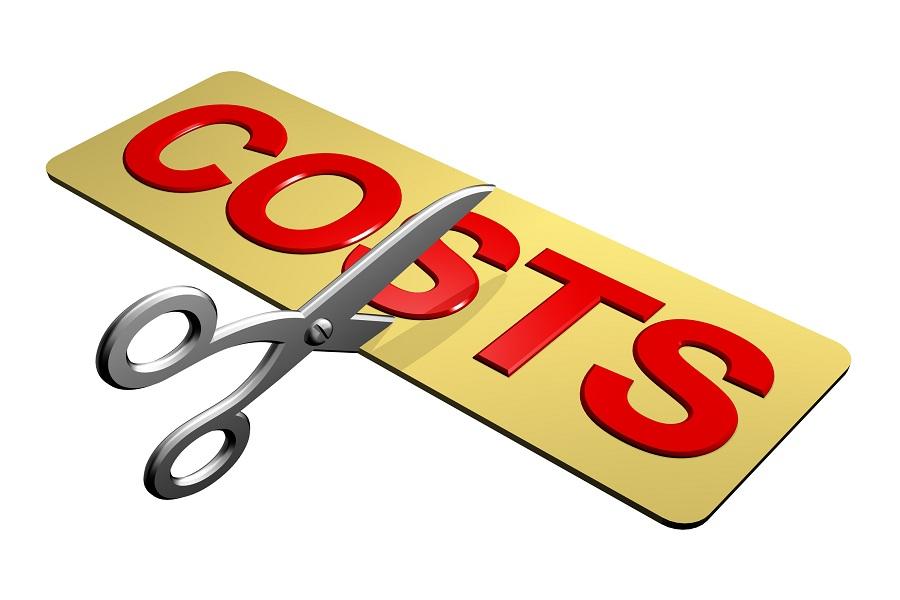 “Compound interest is the eighth wonder of the world. He who understands it, earns it … he who doesn’t … pays it.”

In September 2012, SEBI vide a circular asked Mutual fund to provide a separate plan for direct investors. This separate plan would have a lower expense ratio excluding distribution expenses, commission, etc., and no commission shall be paid from such plans. The plan would also have a separate NAV. The idea was: Give self-driven investors the ability to buy into a fund without having to pay distributor commissions.
With the culling of entry loads in 2009, distributors were paid a part of the fund management fees. Many investors – at least the big ones – were unhappy to see large portions of fees given to distributors even when they went directly to the fund to buy. Thus the direct plan – to cut out the distributor.
The idea was: the fund would have the same portfolio, the same fund manager and the same name (with “Direct” in it). The only difference was: a lower management fee.
In line with the Circular, Starting January 2013, mutual funds started providing “Direct” option for all of their fund schemes, with a lower management fee. In a few months from now, we will have 5 year data to compare and contrast the difference in returns between the Regular option and the Direct Option of mutual fund schemes.

Distributors are paid in two ways.

Upfront commission is one time commission paid for bringing the investment to the fund house. But fund houses can generate income only if you stay for long. To ensure that the distributor doesn’t drag you to another fund, a commission known as trailing commission is paid.
Nothing is free and all these costs / expenses need to come from somewhere. Fund management costs (now including distributor payments) is deducted from your corpus as part of the running expenses. While in theory, expenses should come down as a fund the size of the fund increases, this is seldom the case. As the table below showcases, fund charges aren’t much different for funds with low assets under management to funds with large assets under management.

And it’s incredible that the difference between Direct and regular is the highest (0.91%) for the largest funds (assets more than 10,000 crores).

While Direct is cheaper than Regular as an option, it hasn’t quite taken off just yet among retail investors. Direct only 13% of the total money invested in mutual funds by individuals.But a majority of institutional investments are through the direct mode.
This could be due to the fact that most investors aren’t really knowledgeable about investing and would rather go through a distributor than invest on their own.
Individual Investors dominate when it comes to participation in Equity Oriented Schemes with more than 85% market share. And then, 62% of individual investor assets are held in equity oriented schemes.
But when it comes to “Direct Investing”, just 9% of Individual Investors in Equity funds  opt for “Direct” Schemes. In ETF’s and Fund of Fund Investing, Direct Investors account for 78% of the total assets, but the asset size is relatively tiny. 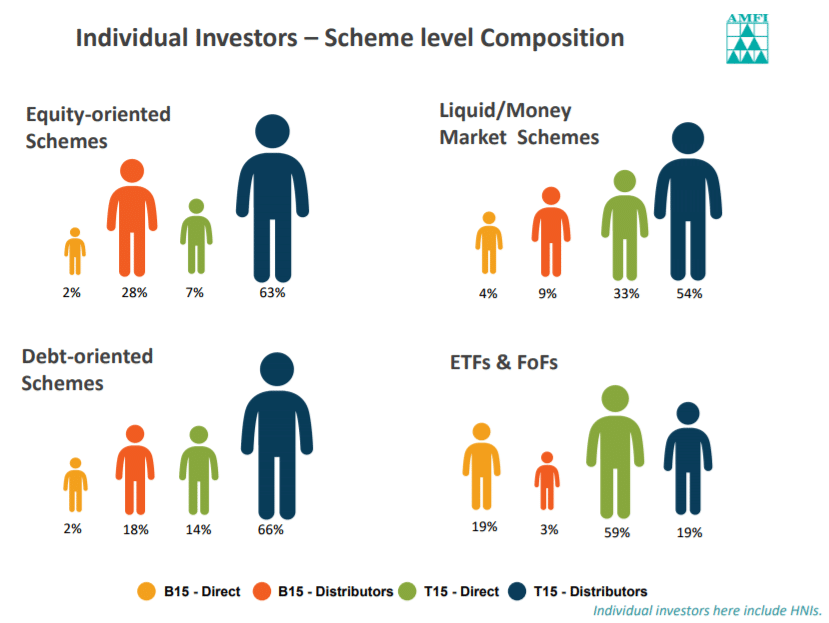 Investing “Direct” is even better than you think

The above table showcases the average fees and the differential between Regular plan and the Direct Plan of the same scheme. The Universe used for the above calculation is “Large Cap Funds” and excludes Index Funds.
The average difference in expense ratio between the Regular Plan and the Direct Plan of the same fund is to the tune of 0.81%.
The one year return difference between Direct and Regular should equal the difference in Expense Ratio, Right? Wrong.
The difference is much higher: 1.04%!
That means a “regular” fund investor loses by much more than the expense ratio, to the “direct” investor. This is since Expense Ratio is calculated on a daily basis and this compounds over time. In other words, the return is higher than what you save from Expense Ratio in itself.
While 1.04% a year doesn’t seem like much, over a period of say 25 years, you would have ended up paying 25% of returns to the distributor who helped you buy the fund.
Such a fee is only justified if the distributor provides immense value through all of the time you are invested. Not just once.
In many cases, there’s no real advice, there’s just raw distribution. Buying on online platforms like “ICICI DIRECT” is simply buying the inferior Regular plans. Buying through a bank makes the bank your distributor, even many years after you’ve invested. You effectively pay these platforms a large sum of money over time.
An example: When you convert the difference into absolute returns, over 3 years, a investor investing in Motilal Oswal MOSt Focused 25 Fund (regular) for instance would have made 6.81% lesser than the “Direct” investor, due to the fee differential.
Do note that fees do change constantly and this analysis is based on current fees and not historical numbers which could be either higher or lower than what is calculated currently.

Don’t pay for what you don’t use

Distributors are important, if they help you select the right investments and hand hold you along the way. But most act simply like errand boys, who do the paperwork for you. Others only befriend you for the purpose of doing a transaction, but vanish afterwards.
There are now advisors that charge you a fee, but help you to buy direct funds instead. This is a more transparent model. If you’re happy with their service every year, their fees will be justified, and you’ll pay. Or else you stop paying and you no longer are hit. The regular funds don’t give you that freedom. Perhaps the future is in financial planning, advice and actual management – not so much in distribution.