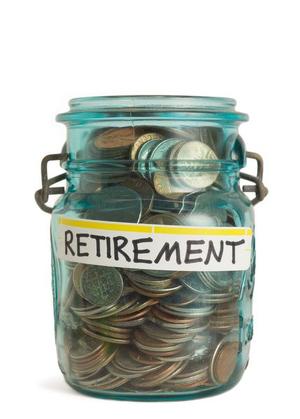 #forex: The Trade of the Century: When George Soros Broke the British Pound

In 1992, George Soros brought the Bank of England to its knees. In the process, he pocketed over a billion dollars. Making a billion dollars is by all accounts pretty cool. But demolishing the monetary system of Great Britain in a single day with an elegantly constructed bet against its currency? That’s the stuff of legends. Priceonomics

Indian fund managers are facing a problem of plenty….but not of good investment ideas. Rather, they are unsure of how to deploy the money that is raining into their funds. With benchmark indices hitting fresh highs almost every other day, retail investors are rushing to put money into mutual funds. In normal market conditions, that would have been a blessing. But with stock prices having run up, there is a dearth of good investment ideas available at a reasonable price. Moneycontrol

This is the bottom line of economic performance during 3 years of Modi govt. Rest is all noise @Ram_Guha pic.twitter.com/ACT3M012g6

#general: How much is enough

Retirement is a boring topic to think about. You’ve got to save for it, they tell you. Just invest in something. And then hope and pray that all will be fine. But it will be fine, because we’re that sort of people. We’ll eat a little less if things go south. We’ll avoid the odd holiday and work a few years more if we must. We’ll get by. But you don’t want just that much. You want to live and breathe and travel and do things that the shackles of a job don’t permit. You want to be free, and in general, being free is expensive. The Hindu Business Line 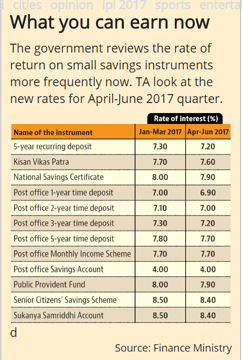 The government added 9.1 million new taxpayers in 2016-17, an 80% increase over the typical yearly rise, highlighting the impact of India’s November demonetisation of high-value currencies. This is expected to significantly boost the government’s tax revenue. India had only 55.9 million individual taxpayers at the end of 2015-16. Livemint

The business Cycle is something everyone admits exists, yet they refuse to accept that it can be defined and forecast with accuracy.  The future to most seems to be an intangible part of time itself.  It has no shape, no definition, no substance, yet politicians claim vote for them and they will force the future to comply with your desires. Nonetheless, simultaneously they argue that the future cannot be measured for we do not know its limitations or its boundaries. The future is very much an intangible, yet not when it comes to soliciting votes. Economic Confidence Models

India’s retail price inflation dropped to a new record low at 2.99% in April from a nearly five-month high of 3.89% in March on a lower base effect and lower food prices. Updated wholesale price index (WPI)-based inflation for the same month under a new series with a 2011-12 base year also eased to 3.85% in April from 5.29% in the previous month. Livemint

Domestic investors are taking a prominent position in equities and a surge in mutual fund inflows has reduced vulnerability of the Indian stock market to foreign fund flows, says a report. According to Deutsche Bank’s India Equity Strategy Report, domestic institutional inflows are becoming a meaningful determinant of market performance. “The surge in mutual fund equity inflows is beginning to insulate the Indian equity market, which has so far been largely determined by the velocity of foreign institutional inflows,” Deutsche Bank said in a research note. Financial Express

A report published in late July by the Congressional Research Service in Washington, DC, noted that, though global reserves and undiscovered resources ought eventually to be large enough to meet the world’s long-term demand for rare-earth metals, getting new mining projects into production could easily take ten years. Such fears have prompted companion bills in Congress to boost the country’s rare-earth industry through the creation of government stockpiles and loan-guarantees to kick-start mining and refining operations. Economist

Humongous volumes in Tata Steel, possibly the highest in over 11 years!!

Investors in Indian stocks seem to be getting complacent about risks. The India VIX index, the so-called fear index, fell to a record low of 8.4 during the day before closing at 10.67 on Monday. The volatility index typically has an inverse correlation with the benchmark Sensex and Nifty indices, both of which closed at record highs. Livemint

#general: Founder of the world’s largest hedge fund says ‘magnitude’ of the next downturn will be epic.

Ray Dalio of Bridgewater Associates has some good news for Wall Street investors, and some bad news. “The economy is now at or near its best, and we see no major economic risks on the horizon for the next year or two,” Dalio wrote in a post on LinkedIn Friday. Now, the bad news: over the longer term, Dalio’s outlook isn’t so sanguine. “So we fear that whatever the magnitude of the downturn that eventually comes, whenever it eventually comes, it will likely produce much greater social and political conflict than currently exists,” he writes. Market Watch
Love it or hate it, do leave us with your reviews in the comment section below!