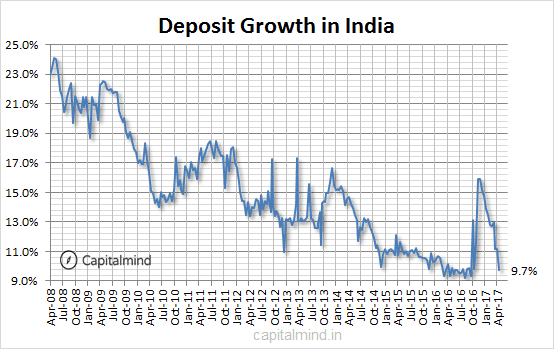 Just as we reach the six month anniversary of the Demonetization of the 500/1000 rupee notes, we get the status of cash in the economy.
The chart has it: we had seen cash fall to 9 lakh crores (9 trillion rupees). It’s now inched back up, as new notes were printed, to Rs. 14.5 lakh crores.
(Demonetization was over on Dec 31, for the most part, so we are closely tracking cash added after Jan 1)
And new cash is being added at the rate of about 25,000 cr. per week. 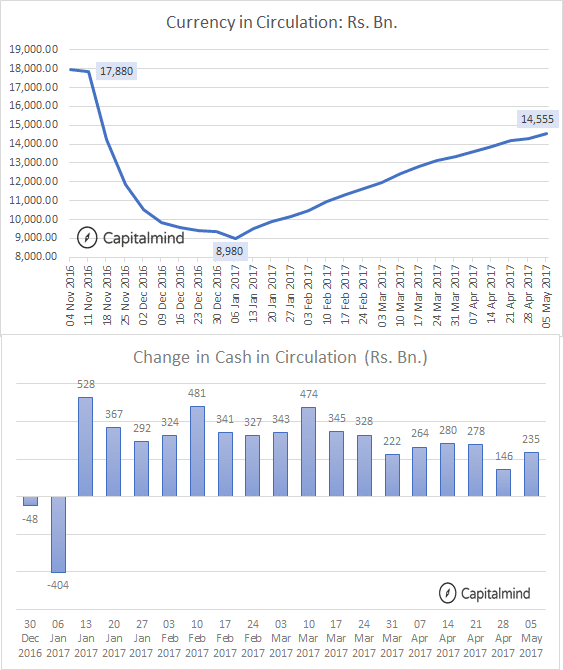 And before demonetization, cash used go up and down each week – so now the only real difference is that cash continues to inch up due to the shortage. 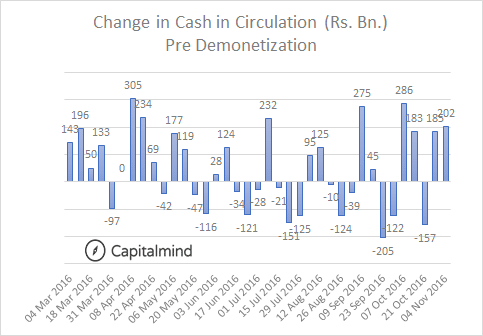 In the four months since Jan, we’ve added about Rs. 5.5 lakh crores. At the current rate, we’ll be back to the November 2016 cash levels in no time.
Meanwhile Credit Growth has fallen to the lowest levels ever, below 4% a year. We saw a spike on 31 March as banks tried to make their books look good. It’s fallen again, since. 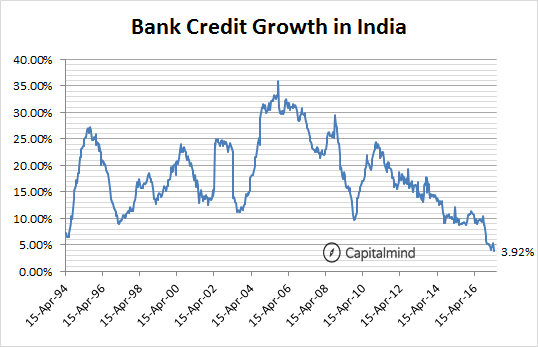 Deposits, as you might have noticed, have fallen, as people take our their deposited money as cash. Deposit growth, which had gone to 16% year on year, is now at 10% only and falling.

While stock markets test new peaks everyday, this is yet another boring negative macro story.
What it means is simply this: Markets don’t care. Grow deposits? Ok. Grow Credit? Ok. No growth? Even better.
Note: the standard excuse is that companies are going to the bond market to borrow, instead of banks. That would be primarily because banks don’t want to cut loans, but the point is this – credit growth is an indicator of an increase in money supply too. If you get more deposits you don’t make money, you have to lend those deposits out (even if it’s to people who buy bonds). But if you refuse to lend out, then the problem is simply that there is a lot of credit issues where the good borrowers are going to the bond market (lower rates mostly because they are good borrowers) and banks have all those bad borrowers to deal with. The longer this happens, the worse the banking system gets as a whole. And with no credit growth, you’re not seeing fresh, better credit that will cause bad-loan-ratios to fall.
Anyhow, this is useless nowadays because markets are on steroids. But just noting this down – hopefully, banks figure this out and fix their lending.