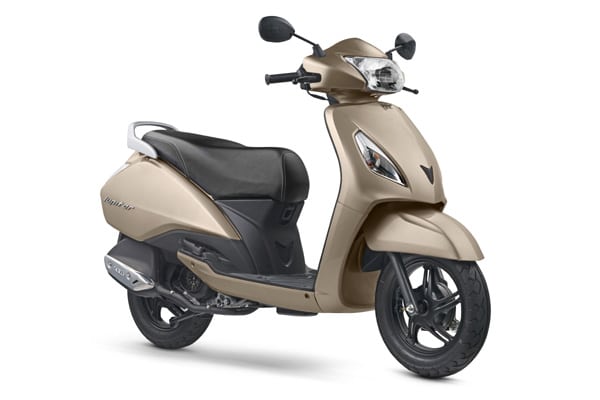 TVS launched its BS-IV compliant TVS Jupiter during the middle of the month. The model launched with 2 new colours i.e. Jade Green and Mystic Gold. The company in its press release said the refreshed scooter is now BSIV compliant, with Auto Headlamp On (AHO) and equipped with Sync Braking System (SBS). Surprisingly, there is now revision in the price for the BS IV models of Jupiter.

TVS Jupiter has received such enthusiasm from the consumers, in response to its credo of Zyada ka Fayda. Living true to this credo not only is the entire Jupiter range now BSIV compliant, it now offers the unique Sync Braking System (SBS) across the entire range (earlier only available on the ZX range). Further, for our customers, we are adding two colours Jade Green and Mystic Gold, giving them 10 colour options to choose from. We are happy to offer all this with absolutely no change in the Ex-showroom price, truly ZYADA KA FAYDA!

TVS has also started to ship its product from the BMW tie up. A TVS official confirmed that the company is planning to invest close to Rs. 350 crore in FY18 towards expansion of capacity, launch one new model each of scooter and motorcycle. 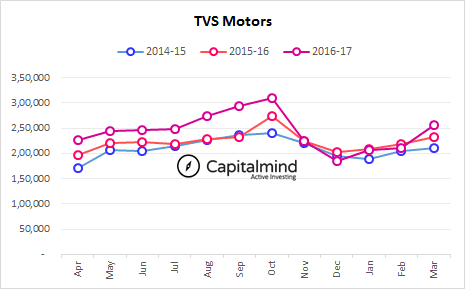 Here is what the company said in its statement:

The Company had commenced manufacture and sale of BS IV compliant stocks much before the transition date of March 31, 2017. Consequently, the stocks of BS III compliant products with the dealers were progressively coming down. However, on March 29, 2017 by its order, the Honourable Supreme Court of India permitted sale of such BS III emission compliant products only up to March 31, 2017.

Accordingly, the Company within the framework provided by the court order extended suitable required support to the dealers to enable them to offer attractive incentive schemes to customers to sell the BS III compliant stocks. The dealers have confirmed that majority of such stocks have been sold by March 31, 2017. The Company is assessing the one-time impact of this transition on the financials of the Company.