#general: Risk is How Much Time You Need

One of the craziest things about investing is that you can be wrong half the time and still do well. Most of your investments can be disappointments as long as a few knock it out of the park. George Soros once said “It’s not whether you’re right or wrong that’s important, but how much money you make when you’re right and how much you lose when you’re wrong.” Collaborative Fund

The implementation of the Bharat Stage IV emission standards may usher in several changes in the market that has been relatively slower in upgrading technology compared to cars and two wheelers. Daimler India Commercial Vehicles Pvt. Ltd that sells the Bharat Benz brand of trucks, is looking to make the most of the switch to the stricter emission norms. On Friday, the company launched its new range of BS-IV compliant trucks at the price of the now phased out BS-III. The move, said analysts, is likely to set off a price war in the value conscious market and may give the local arm of theGerman truck and bus maker an edge over its Indian rivals. Live Mint

#general: NEFTs get faster because banks will process them every 30 minutes now

Reserve Bank of India in its monetary policy announcement said that it has decided to reduce the settlement time for clearance of National Electronic Funds Transfer (NEFT), from 1 hour to 30 minutes. Live Mint

#general: Why We Think We’re Better Investors Than We Are

From their earliest days, the loosely confederated research efforts that came to be known as behavioral economics spawned a large quantity of studies centered on securities investment. This was not because the field’s pioneers were especially interested in stocks and bonds, nor was the early research commonly underwritten by financial services firms. Rather, the hive of activity that evolved into its own field — behavioral finance — reflected that investment markets provide unusually robust data sets for analyzing “judgment under uncertainty” New York Times

#forex: Rupee may surge to 63/$ in a month, hopes of first sovereign rating upgrade in over 6 years

Industry must be prepared for a stronger rupee in the coming months as a cocktail of economic and political factors revive hopes of a sovereign rating upgrade for the first time in over six years, shows an ET poll of 15 leading forex traders and strategists. Economic Times

The five banks most at risk from farm loan waivers.https://t.co/kuVJu41uoy pic.twitter.com/PSJ7OBumHn

#general: Why “Peak Oil” or “Peak Anything” is “Peak Nonsense”

The world is facing a supply shortage of crude oil, the lifeblood of the modern economy. Around the world, oil fields have reached “peak” production. Experts are in in the mainstream press, issuing grave warnings: We’re running out of oil. If we don’t find another fuel source, we’ll have a global calamity. Your first thought of this story surely goes back to around 2006. Back then, big name experts like Matthew Simmons and T. Boone Pickens grabbed everyone’s attention with proclamations that we’d hit “Peak Oil,” and prices were set to rise dramatically, which could cripple the global economy. Katusa Research

#general: Eat what you order: Modi government to fix portions of food served in hotels

The NDA government is preparing to fix portion sizes of dishes served by star hotels and restaurants, a fortnight after Prime Minister Narendra Modi expressed concern about wastage of food in his monthly Mann Ki Baat radio programme. Hindustan Times

Societe Generale and BNP Paribas are wooing hedge funds to invest in India through France, noting a special treaty between the two countries that allows investors to avoid paying tax in one of the world’s hottest emerging markets. Economic Times

IDFC Bank has sold nine stressed loan portfolios to Edelweiss Asset Reconstruction Company for about Rs 5,000 crore in the largest such transaction this financial year, a move that may pave the way for other lenders struggling to get rid of thousands of crores of bad loans. The portfolios sold include Ruchi Soya, Essar (linked to Hazira port debt) and Lanco loans, people familiar with the matter told ET.  Economic Times 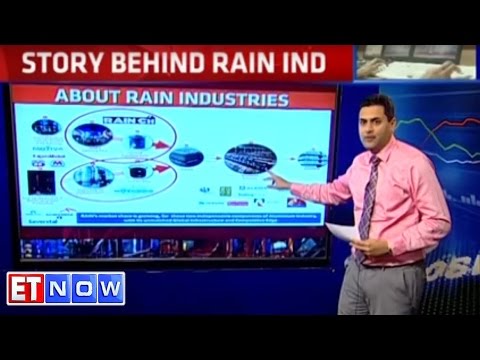 #general: The Math Behind Futility

The distribution of returns in the stock market is bizarrely lopsided. Often, equity benchmarks are so reliant on gigantic gains in just a handful of stocks that missing them—as most managers do—consigns the majority to futility. “Your intuition is that you can randomly pick stocks and start at zero,” Heaton says. “But the empirical fact is if you randomly pick, you are starting behind zero.” Bloomberg
Love it or hate it, do leave us with your reviews in the comment section below!