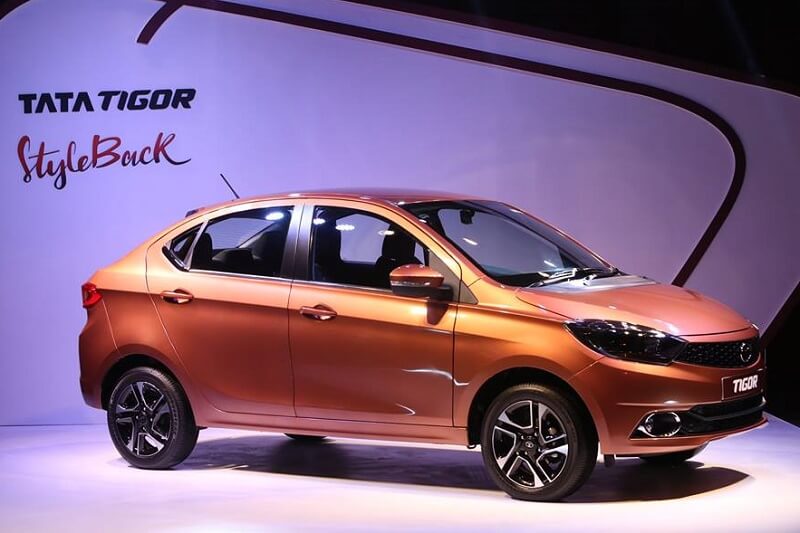 Replicating the success witnessed by Maruti Suzuki and Renault after the launch of AMT versions of some of their models, Tamo has now brought in AMT version of its hot selling Tiago in the form of Tiago Easy-Shift AMT variant. 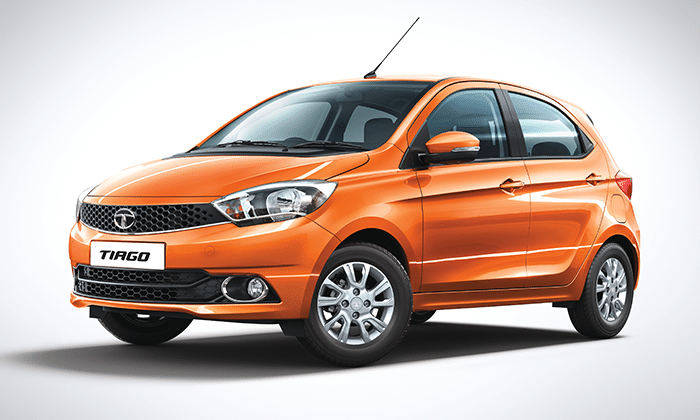 Since its launch in 2016, the Tiago – our first product to be launched under the IMPACT design language; stood out as an attractive, innovative and feature loaded car. It is the most awarded car of the year with over 13 awards and counting.

Besides, due to the continued good response to the Tiago, we are witnessing a month-on-month growth in the immensely competitive hatchback segment. The Tiago has been instrumental in the growth of Tata Motors’ brand across the PV market.

In line with our commitment of launching products that cater to the need of the ever-evolving customer, we are happy to launch the Tiago AMT today. We are confident that it will further expand the market for us.

The sedan version of the Tiago comes in the form of Tigor [Tigor shares most of its body parts and interior with the Tiago hatchback. The only difference one can spot is the headlights and new hexagonal grill]. The compact sedan was launched just a few days ago on the March 29, 2017 [Tata Tigor Review and Test Drive here] though the pre-booking of the model kick started on the 20th March, 2017 against a booking amount of Rs. 5,000/-.

An unbeatable combination of style and substance is here to be yours. Book your Tata #TigorStyleback here: https://t.co/NDLEXZJTNT pic.twitter.com/0VlEY9HVx6

Denoting the IMPACT design language, best-in-class driving features and an advance infotainment system, the Tata TIGOR Styleback is a clear and exciting harbinger of future vehicles from Tata Motors, set to disrupt the passenger car market in India. We have received an overwhelming response for the TIGOR Styleback in its very first week of preview. We hope our customers enjoy the experience of our Styleback. Tata Tigor is third product embodying IMPACT Design philosophy after Tiago and Hexa.

Tigor will compete with Maruti Suzuki Dzire, Hyundai Xcent and Honda Amaze. Tigor will have a large bot space overtaking that of compact SUV Hyundai Creta.

Tamo’s other latest launch – the SUV Hexa which has garnered sales of over 2,524 units in less than sixty days since launch, has a waiting period of 8 weeks now. 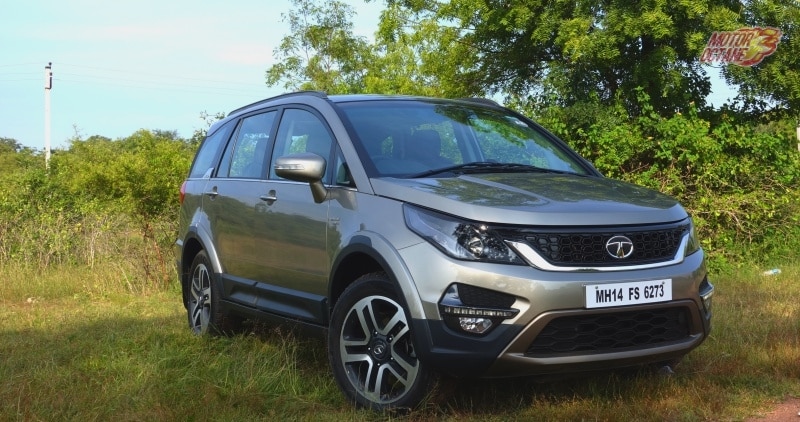 Hexa has got a good response. It beats our expectations. It has close to eight weeks of a waiting period and continuously growing. It is bringing the new set of customers to us and teaching to meet their aspirations.

We hired the different set of sales executive for Hexa exclusively. These were not from industry but these were from the service industry, aviation and hospitality where there is no hard sell. We also trained these executives at the experience centre we created. We gave them exposure of staying in five star to make them understand the customer lifestyle and sensitise them. 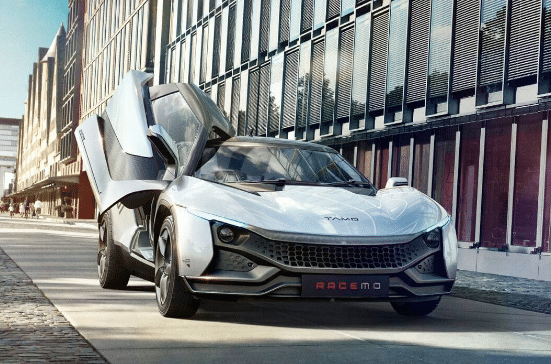 Racemo is a two-seater sports coupe designed at Tata Motors design studio in Turin, Italy. The project was conceived 22 months ago under Tim Leverton, head of R&D at Tata Motors. The model is designed on a very innovative Moflex chassis construct – conceived by legendary designer Marcelo Gandini – using multi-material sandwich structure technology. The car will go into production and will be market available in the second half of 2018.
Guenter Butschek, CEO & MD, Tata Motors said:

Racemo is the first innovation from TAMO, and our emotional, unexpected leap to the future. Symbolising the change that is taking place at Tata Motors, Racemo is the proving ground of the TAMO family of vehicles and will drive the future of India’s connected generation. From styling and design to driver experience and technology, Racemo is an extension of customers’ personality, as part of their digital ecosystem and will break the ice with a radical new presence and pique the interest in the parent brand.

Last year, the company entered into an MoU with PT Pindad of Indonesia to explore market potential of armoured vehicles in the country and elsewhere in Asean. We are also foraying into Bolivia through a distribution agreement with local partners Bolivian Auto Motors.

Our new range of trucks will have better connectivity features, save fuel cost, increase payload and reach top speed faster. At Tata Motors, telematics for connected trucking is already a standard fitment in our entire range of tractor vehicles.

First would be aggressively increasing the global footprint in the past 18 months, second greater penetration in markets where it is already present by introducing its new line of vehicles – Prima and Ultra and third looking at markets where it has substantial presence and now wants to set up assembly facility with local partners to achieve higher sales.
Here is Mayank Pareek, President, Tata Motors – Passenger Vehicle Division on the company’s game plan to become the number three carmaker by FY’19. 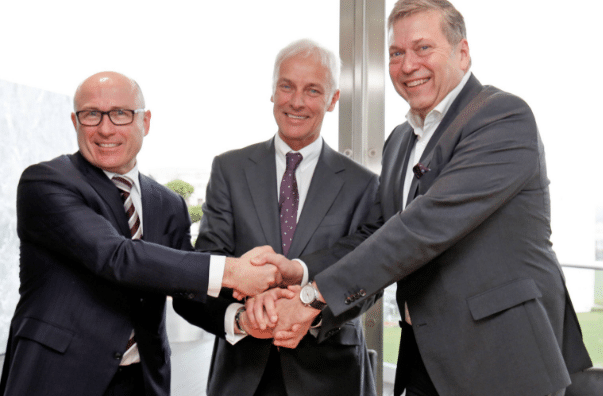 After a failed partnership with FIAT, Tata Motors has joined hands with Volkswagen and Skoda. This would be for joint development of products, technologies and component sourcing. [Catch the interview with Managing Director Guenter Butschek here]
This is what the company said in a statement:

Tata Motors and Skoda Auto, representing the Volkswagen Group, will detail out the guiding principles and terms of cooperation in the next few months. 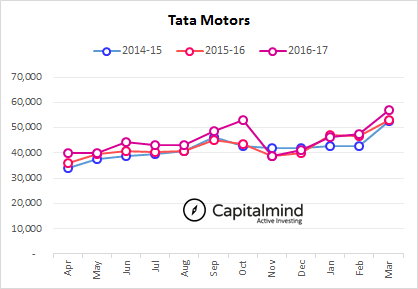 The sales for the month of March have been encouraging with a robust growth of 84% owing to the continued demand for TIAGO and HEXA. The launch of the HEXA, TIAGO AMT and TIGOR have set new benchmarks in their respective segments signifying Tata Motors as one of the fastest growing manufacturers in India