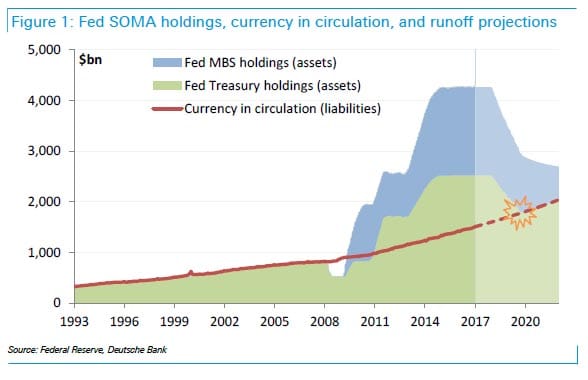 The Market is overvalued.

This is a refrain we are hearing quite a bit. Yet the market doesn’t seem to care. High valuations aren’t having any impact on money being invested by retail folks in the market – either directly through stocks or indirectly via ETF’s and Mutual Funds.
Valuation based strategies are having to eat humble pie. They remain in cash / debt while the market delivers even higher returns in a much shorter time span, returns that are superior to Debt.

One key aspect of this rally has been the way money is flowing into the markets. While we cannot measure the flow directly, the flow of funds into Mutual Funds is publicly known and this shows no signs of stopping.
Just Systematic Investment Plans are now adding greater than 4000 Crores every month, much of this into Equity. Five years ago, the total investment into Mutual Funds (Equity) was 1.61 Lakh Crore. Today, this number is 4.63 Lakh Crore. In other words, the Equity segment of Mutual Funds alone has added 3 Lakh Crore of fresh money.
While not everyone with money would have embraced investing in equity 5 years back, the fall in Real Estate prices combined with daily horror of reading about one or the other project being stuck in limbo makes a even greater case today to invest in stocks. While Equity investing maybe risky, it may not be as Risky as the hidden risks that lurk in other asset classes.
Based on the Cyclically Adjusted Price Earning Ratio, the US is one of the most expensive markets anywhere. Yet, the Dow and the S&P 500 continue to make new all-time highs even as bears try to bring out data point after data point to showcase how the market is overlooking the bad stuff. These points made sense in a earlier era but somehow have gone stale in the recent rally.
Every move higher brings its own share of “FOMO Clients”. Clients who refused to believe that the market was cheap and were waiting with cash, but with the market seemingly running away, the Fear of Missing Out (FOMO) factor makes them take the dive.
Nifty EPS growth rate has been in single digits while the growth in Nifty itself has been in double digits shout the skeptics but for now, markets or investors seem in no mind to listen.

But is the history of the past reflective of the future as well?

From 1990 to 2010, markets had 81 instances where markets fell by 5% or more. That translates to nearly 4 per year. (Though that is not really the truth since we have had years where we saw more instances of a 5% fall and a few years when we had very few). But from 1990 to 2010, every year had, at the very least, 1 week where markets fell by 5% or more with the sole exception being 2005.
What is different over the recent 6 years has been the lack of such corrections on even the weekly front. Since 2010 till date, we have had just 1 instance (February 2016) of a 5% fall in a week. While it’s easy to credit Mutual Fund inflows for the continuous rise in markets, this is more of a recent phenomenon and definitely not one that has influenced such a change in the overall structure of the market.

Check Out the Silent Fed Action

In the above chart, we have 3 ingredients:
Federal Reserve MBS holdings: These are Mortgage backed Securities that the Federal Reserve started to pick up after the Lehman Crisis nearly brought the world to a halt. THe Fed bought an enormous quantity of MBS, and this is a holding they would like to taper off at some point of time to ensure a much smaller balance sheet.
Federal Treasury Holdings: Like most Central Banks, the Federal Reserve too is the biggest buyer of government bonds though once again, post financial crisis the holding has gone up sharply. This buying was to increase the money supply in the economy by swapping out bonds in exchange for cash to the general public.
The buying of treasury bonds for cash gets reflected in the Currency in circulation which has seen a steep increase in gradient post 2008. This too adds to balance sheet size.

Is this going to change?

The following quote hit the air today;
“It wouldn’t surprise me if some time later this year or some time in 2018, should the economy perform in line with our expectations, that we will start to gradually let the securities mature rather than reinvesting them,” Dudley, a close ally of Fed Chair Janet Yellen, said on Bloomberg TV.
A couple hours later James Bullard, president of the St. Louis Fed, repeated his preference for the central bank to begin shedding its mortgage- and Treasury-backed bonds immediately
Analysts and Academics have long been calling for reducing the size of the balance sheet so as to provide the Federal Reserve with enough firepower if there is a financial crisis in the future. That is not news that markets wants to hear.
The point is: Anything can suddenly change course for all markets, worldwide. A downside could even be a small piece of news that the US Fed wants to get rid of the excess MBS and Bonds it holds. With the markets running on so much positive sentiment, a piece of really hard-hitting news will break the proverbial camel’s back.
Currently sentiments are strong, fund flows are good and valuations while expensive aren’t at extreme levels we have seen earlier.  In the United States, the housing bubble was blowing up way back in 2006 and by 2007. We had funds, like the Bear Stearns twins, blowing up. Yet, markets continued to be bullish till the straw that broke its back in 2008. (The fall of Bear Stearns and eventually, Lehman)
It’s tough to be bearish when markets are flying with lot of stocks hitting all-time highs, but that is ideally the time to be cautious. Cautious doesn’t have to mean staring at the stock prices every day to decide when to cut Risk.
Risk can be reduced in two ways.

The aim of asset allocation is not to try and maximize results. And if that results in some heartburn due to early exits, that is always better than the feeling when the markets finally make a vicious down-move and we are caught with the “Deer in the Headlight” syndrome.
When it’s too easy to make money in markets, it’s going to be just as easy to lose it all.